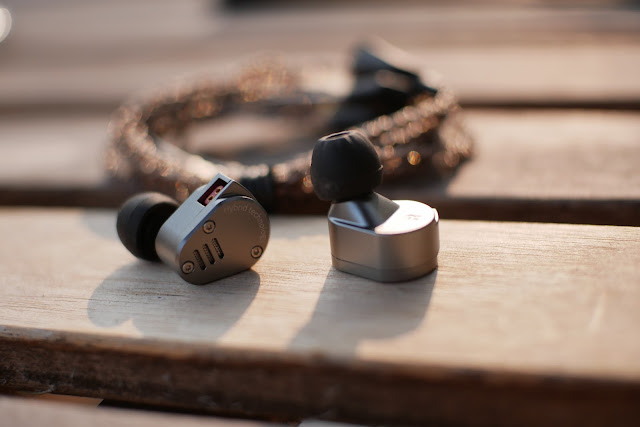 It seems like Knowledge Zenith releases several earphones every few months, so it’s hard to keep track of which one is which, but there are a few that stand out. For me, the ones that stood out the most was the ZS6. This one had a design that was blatantly similar to a top tier IEM (The Andromeda) that was actually built well and priced under $50.

The aluminum housing felt premium and solid as a rock, and the sound wow’d you in many areas, both technically and fun. It had a major drawback, at least for me and many others, and that was the treble on them was heavily emphasized and could become overbearing in certain tracks. Sibilance was another issue with them. There were ways to tone it down, either by using foams, small modifications, or with EQ, but you could never fully get rid of the treble peak.

Earlier this year, KZ announced a new metal shell IEM, called the ZSA, which piqued many people’s interest.  The build of their previous metal housing was fantastic, so many people were hyped to see how this new IEM was going to sound, and the price was right, at under $30.

Disclaimer:
I was planning on getting this IEM to try out at some point, but Lillian from LinSoul Tech was kind and sent me a sample to review in exchange for my unbiased, honest review of this IEM. I did not receive any financial incentives or any other benefits from this review or the following links.

If you are interested in purchasing this after reading my review, please check out the following links for purchasing: 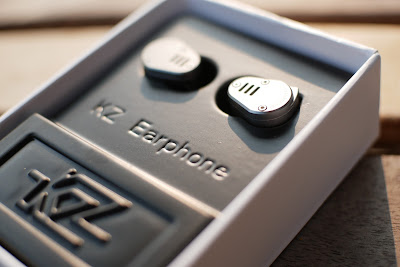 The KZ ZSA comes in the standard small white KZ box. Packaged within it is the IEM with a brown braided cable with 2-pin connectors, and a set of star-silicone tips. This is the standard KZ suite of packaging.

What is new from some of the older KZ sets is the upgraded cable. The cable is better in usability and appearance then the former cable, however, it still has very poor memory wire and  has some stickiness to it in use. Luckily, the memory wire is very easy to remove if desired.

As mentioned in the introduction, the KZ ZSA continues where the ZS6 left off with an aluminum shell. It also retains the three slit vents on the front and the exposed fasteners. The overall shape has changed to a more curved triangular look while also reducing the form-factor so that it is a bit smaller than the ZS6 and ZS5 models.

I chose to use this set with SpinFit C145 tips which work very well for me on this IEM. The small size is very comfortable to wear and does provide good isolation. Because it does have open vents, isolation isn’t dead silent. You can still hear through it but it’s average to above average overall.
While the smaller size does help with comfort and fit with smaller ears, it may make it feel loose sometimes. This may become a bigger problem with larger ears.

The ZSA has a definite V-Shaped sound signature like pretty much all KZ products do, where the bass and upper-mids/treble regions are elevated and the mids are recessed. This type of sound signature provides a lot of fun and wow, and I find it good for certain genres like hip hop, EDM, and other dancier music genres. It also works well for movies and games. This isn’t my standard daily signature but I do find it fun to listen to every once in a while depending on my mood.

For the review, I swapped out the stock cable with my own 2-pin braided cable featuring a 2.5mm balanced connector. I used three different sources to listen with: The Onkyo DP-S1 Digital Audio Player, the Radsone ES100 bluetooth portable amplifier, and my desktop Topping DX7 using an iFi IEMatch with a Norne Audio 4-pin XLR to female 2.5mm adapter. All units were using the balanced connections.

For music choices, I listened to a broad variety of music genres from rock to jazz to hip hop to edm to country, folk and post-rock/soundtrack music. Artists in my playlists include Real Estate, Norah Jones, Daft Punk, Cigarettes after Sex, Chvrches, The Beatles, Vince Guaraldi, Radiohead, Chris Stapleton, Krysta Nicks, Jason Isbell, Allison Krauss, Hans Zimmer, Corrine Bailey Rae and many others. 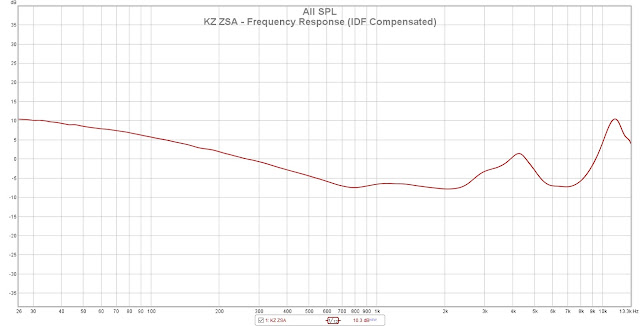 Bass – The bass on these is elevated as expected. They have good impact while lacking depth and texture. They can be boomy sometimes and bleed over to the lower mids, which isn’t too unexpected due to the recessed mids. That said, the bass is fun and most of the time, it sounds about right. At the price it’s being sold at, I find it better than expected. Many IEMs in this price range will have overly boomy mid/upper bass which gets in the way of details. This IEM doesn’t do that often.

Mids – They are recessed. That said, the sound is slightly warm, and vocals sound good albeit a little distant sometimes. What I do like about this model vs the ZS5 and ZS6 is that the upper mids have been toned down a bit. This helps prevent the sibilance I was hearing in those prior models and really prevents that harshness and piercing upper mids/lower treble as well. The smoother sound is welcomed in this case.

Treble – As mentioned in previous section, the treble is also toned down. It is much easier to listen, though you do lose a bit of detail and energy compared to the ZS5/ZS6 models. Cymbals don’t have the same crash you’d expect, for example. You lose a bit of the glitter in the sound.

Soundstage - The soundstage is average on these. You never feel like the any instrument is beyond your head. Imaging is also average as well. 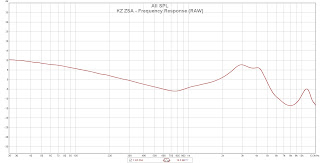 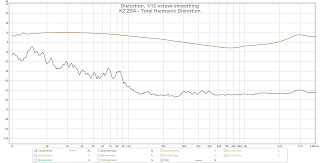 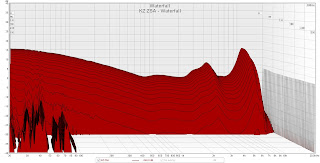 I am used to listening to more neutral-bright leaning headphones that priced many times above these, and even my past experience with KZ have been on their upper tier. It’s a bit tougher to re-adjust my standards to listen to these, but just remembering that these are $25-30 IEMs, it is impressive what they can do. They lack details and clarity that IEMs priced $10-15 above them have, but compared to many budget IEMs, these do sound pleasant.

I found them enjoyable and, in some ways, more likely to be used than a ZS6, which cost nearly double it. The ZS6 beats these in many areas such as bass impact, stage width, clarity, details, and imaging, but I found the ZSA better at vocals, due to its more accurate timbre, lack of sibilance and upper mids/treble spikes.

In the end, I think these have their flaws, but they are also priced accordingly and may even exceed other competitors in its budget class. 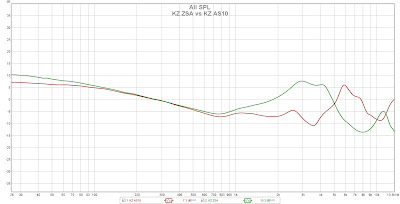