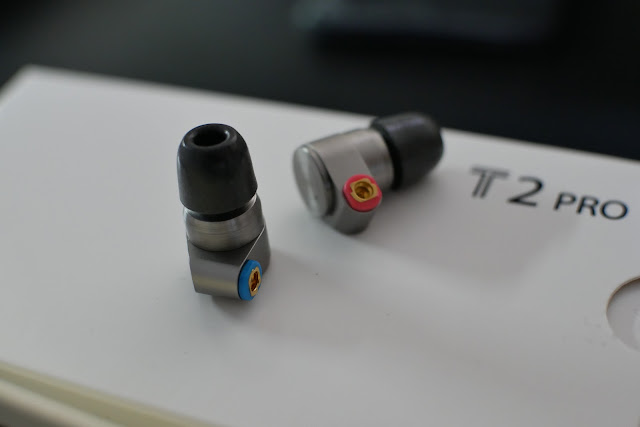 Review updated to characterize the external difference (subtle) between the Pro and the regular.

Note - I later discovered that my pre-release review sample was defective and may not actually sound like the final version of the IEM. The filters were missing on my review unit, as seen in photos. I can not guarantee that this iem sounds like a production unit any longer.

Earlier this year, I purchased the Tin Audio T2 in-ear monitor earphone based on a bunch of hype on reddit over it. After waiting the two or so weeks for it to come from Hong Kong, I was treated with a pleasantly detailed and neutral sound signature that I heavily enjoyed. At the time of my review, I had written about it being a budget king, and I meant it.

When they came to me, I had a Massdrop Plus and a Campfire Comet, both substantially more expensive IEMs. The problem was, I don’t typically use closed IEMs very often. They both were legitimately better IEMs than the Tin Audio T2, but the T2 was close enough. And they were 6X and 4X, respectively, cheaper than the higher end ones I already owned. So, I ended up selling them both. This, again, was not due to the T2 being better, it isn’t. Let’s make that clear. It was a value vs performance vs needs proposition, and the T2 did enough for me that allowed me to save money to spend on other hobbies.

The T2 was better than the Noble X that I had owned already too. That’s how much I thought highly of this sub $50 earphone. So, when Tin HiFi announced some teasers about a T2 Pro model, I was very excited. Another budget king to dethrone their previous king? 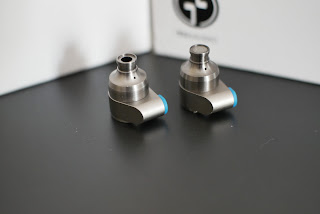 Linsoul Tech, who market the Tin Audio products, offered to send me a set of T2 Pros in exchange for an early review of the item in anticipation of their exclusive Massdrop launch on 09/17. They didn’t require my review to be positive or negative, and only asked for an honest unbiased opinion. I was not offered any additional incentives, money, or perks besides getting a chance to listen to a review sample before it hit the market.

Over the weekend, I posted my initial measurements and 24-48 hour impressions of the T2 Pro and I was pretty happy with what I heard. This more in-depth review will go over the product as a whole, with a lot of back and forth between the original T2 and the T2 Pro.

This IEM can be purchased exclusively right now on Massdrop using this LINK! 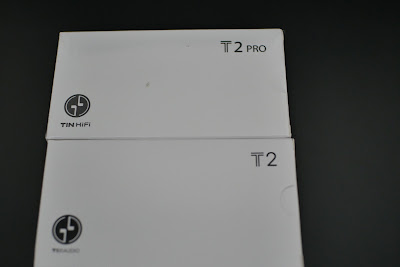 The presentation between the T2 Pro and the T2 is essentially the same. The earphone comes packaged in a clean white box with the only major difference being the branding being Tin HiFi vs Tin Audio and the Pro designator. 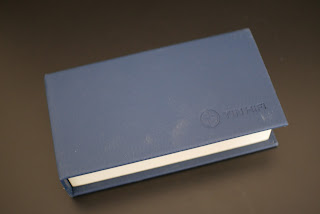 Inside is the same beautiful faux leather blue book-style box that contains the product and its accessories. The T2 Pro comes with the same selection of silicone tips and the same pre-installed sky-blue colored foam tips, which are extras squishy and sticky. Besides a couple product cards, the one major difference that is quickly noticeable is the change in the cable.

The new cable features a silver-carbon fabric 3.5mm stereo barrel that is larger in diameter than the T2’s black carbon weave connector. The cable material looks aesthetically the same, however Tin Audio has stated this is an upgraded copper. The connectors are still mmcx, with a note that Tin Audio says they have fixed any issues with mmcx connections in a recent twitter post. 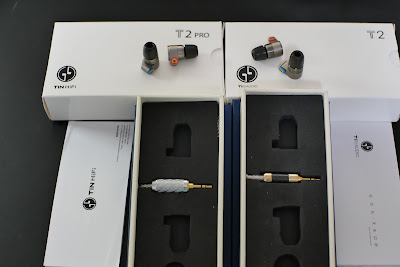 The T2 Pro IEMs, themselves, have the same exact styling and build material as the original. The Gunmetal gray color scheme is nearly indistinguishable. The only color difference was the inner barrel of the T2 Pro was a lighter shade of Gun Metal silver. It's very subtle, and you will notice it in the photo above.

The other thing I noticed different externally was that my T2 Pro came without a screen. This actually helped me figure out which one was which, but just note that this was an actual defect. The final released product does have the same screen as on the original T2. Sonically, this should not impact sound at all. It is only there to prevent ear wax and debris from getting into the driver. Many higher end IEMs don’t even have protection in this area and provide a cleaning brush.

Comfort-wise – they are the same as the T2s, obviously. They can be worn both cable-down and cable up. I prefer to wear them with the cable up and over my ears, but I have been able to get good fit in either orientation.

As before, the isolation on these is medium-at-best. They will isolate some noise at low-moderate volumes, but if isolation is critical to you, there are better IEMs suited for that. I did not find isolation to be a real issue for me, however I mostly use this in quieter settings like at home, and in the office. These do not leak any sound, as they are closed back, except for a small pinhole vent. 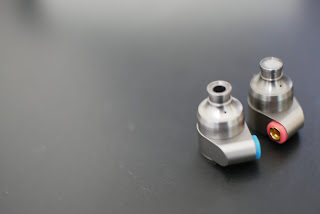 When I think of neutral sound signatures, the T2 Pro is that. I thought the T2 was a very good IEM, however the T2 Pro takes the base sound of the T2, and elevates the treble and makes this IEM a very detailed and articulate earphone that I really enjoyed.

After I got the T2 Pro out of it’s shell, and got it setup, I actually reached for the original T2 and listened to a track on them first to give myself a baseline sound. I popped in Real Estate’s Past Lives. After listening to it first with the T2 and then popping in the T2 Pro, I immediately noticed the change in how cymbals crashed, and how the lead singer’s vocals sounded more open, airy, and natural. The energy of the song was lifted and gave an overall larger soundstage than the previous T2. It’s not huge but it’s noticeable.

After a few more A-B tracks from a selection of Post-Rock, country, and rock songs – all of which gave me the same initial impressions – I performed measurements on the MiniDSP EARS measurement rig I have at home. The data matched my impressions.

The T2 I purchased and own was bought roughly in the Spring of 2018. I’ve heard that some of the early units had very weak and anemic bass. When I got mine, I didn’t feel like the bass was super anemic, but as a non-basshead and used to a linear bass response of planar magnetics, I thought the bass sound close to perfect, with a slight roll-off on low-sub 30Hz frequencies.

In an interesting back and forth discussion on Head-Fi between users Slater, VladStef and I (and a few others), it seems like Slater’s older T2 had blue “gunk” (as he calls it) underneath the screen at the tip of the nozzle. This gunk seems to have impeded bass response, as when he removed it, it opened up the low end in his opinion. VladStef, then looked up some early review measurements and found that AudioBudget and other older reviews showed a large low-end frequency response drop off, which was different than the units that him and I have, which did not have blue stuff underneath the screen. My initial measurements for the T2 has a relatively linear bass and lower mids response from 1KHz down to about 30Hz.

We are wondering if T2 noticed this and removed it in a revision to the T2. Either way, the bass sounds really good. Detailed and textured, although, not as rich as something with a warmer response. The bass and low mids are rather neutral and cold, especially if you are coming from a V-Shaped, warm or bass heavy headphone. The reward is in the details. 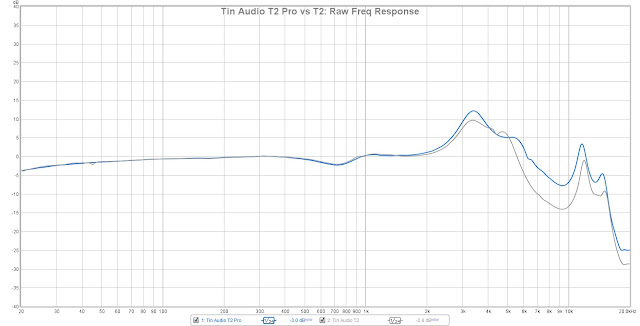 The Bass and mids pretty much match exactly as the T2. What has changed in measurements, is the upper mids and treble/treble extension. The IEM still has a massive drop off in the further audible treble region, but what has changed is a good boost from about 1.5KHz and beyond. This is where vocals and the higher frequency instruments come into play, as well as the extra clarity, detail and air impressions come in.

Some may freak since the T2 may have sounded already a bit harsh and bright, and only adding more treble may scare people. But really, the area that was peaky on the original T2 stays the same but it’s the frequencies after that that are boosted. This actually helps round out the treble response and actually puts the T2 Pro closer to the Target response curve; both the Harman Target and the older Speaker Compensation ideology.

I am probably repeating myself here, but the vocals sound more clean, natural, and open. There’s a sense of air and depth to the sound that is more noticeable when A-Bing back and forth. The T2 sounds congested and grainy in comparison. Soundstage sounds slightly wider because of this, and imaging is relatively the same. 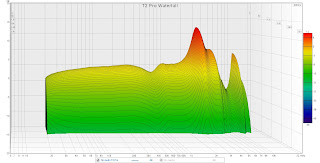 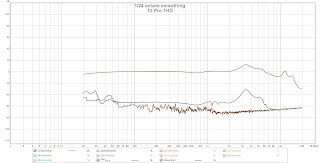 Overall, the current introductory price of $49.99 on Massdrop seems like a no-brainer to me. I believe the actual MSRP will be around $60, which is still a no-brainer. If you have the T2 already, it may be a tough choice. I prefer the Pro over the T2 and would gladly pay the $50 to get the Pro, despite already owning the T2. It’s an overall better headphone.

The T2 is good in it’s own right, but it has been dethroned by it’s younger brother.

This IEM can be purchased exclusively right now on Massdrop using this LINK!

This is a graph of what happens if you put electrical tape over the inner vent hole of the T2 Pro. 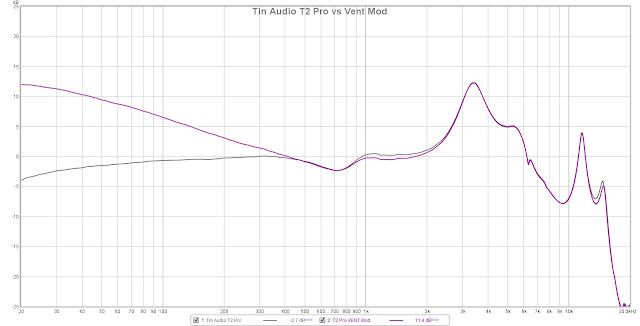 This is what the T2 Vent Mod looks like vs the T2 Pro vent mod: 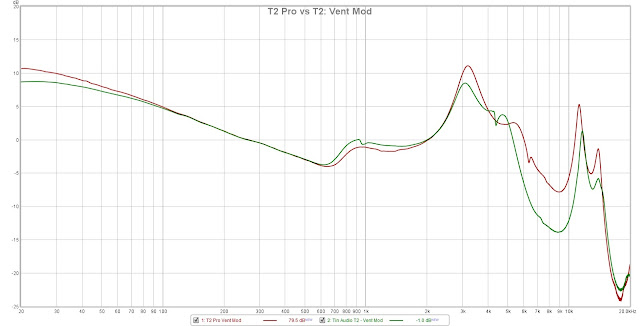