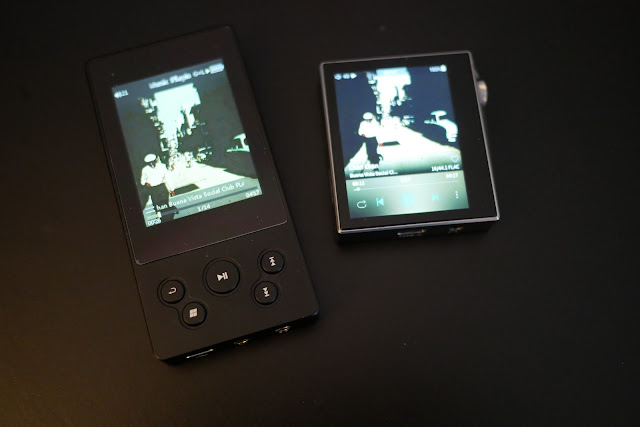 I don’t normally review digital audio players (DAPs) often, but I happened to get a hold of two, really three, players recently. I crowd-funded, through Kickstarter, the Hidizs AP80, and received a review sample of the Xudoo X3-II player, through Linsoul (http://www.Linsoul.com)

While these players play music and have color screens, they don’t share similar operating systems, or size. Let’s take a look! 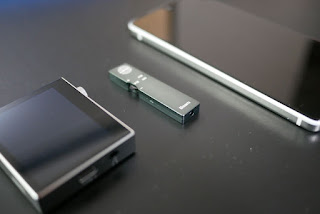 Hidizs AP80
The AP80 is the latest Hidizs player and falls in-between their solid entry level AP60 series of models, and their android-based AP200. The Hidizs AP80 is a tiny little player that’s got a very nice volume knob wheel like the Pioneer does, and a touchscreen surface and a vibrant color LCD screen. The player runs HibyOS which allows for several features I’ll talk about in this review. This player features 1 microSD card slot. 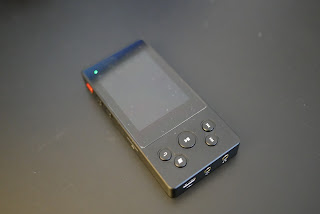 Xudoo X3-II
The 2nd generation X3 by Xudoo is a music player featuring their own software. This small rectangular shaped player does not have a touchscreen, but instead requires button navigation through the front facing buttons. It also features buttons on the side for volume and power/standby. This player features 1 microSD card slot.

In terms of just pure build quality, the winner is the Pioneer XDP-300R by a long shot. But after that, it’s really a toss-up. When you mix in controls, I give the winner to the Hidizs AP80 over the X3. The touchscreen controls work very well and flow is nicely done. The volume wheel is easy to use and you can slide the screen for faster volume control. The buttons on the side are easy to use and generally a really simple player that anyone can pick up and start using.

In contrast, I found the Xudoo X3-II to be average at best. I have used non-touchscreen players in the recent past, like the Cayin N3 and the AP60 from Hidizs, as well as products from AGPTek, Ruizu and others. The Xudoo has some quirks to it. The screen is easy to navigate using the front panel, but the screen turns off rather quickly, and then NO BUTTONS WORK. You can not change songs or volume while the screen is off. It’s probably a way to prevent accidental pressing in your pocket or bag, but there should be a way to disable it. There isn’t. In general though, I find not having a touchscreen WITH physical buttons in this era a negative. Touchscreen players are crowding the market, at prices at or under $100. There’s no reason anymore for any player over $100 to not have it.

The Hidizs AP80 uses Hiby OS as their software interface which is a robust solution that fully uses the touchscreen and has plenty of features. Some of my favorite features include two-way Bluetooth streaming and remote control from your smartphone. In addition, the Hiby Music player has an awesome EQ section that lets you tweak everything in a very intuitive way. And the sound change is noticeable and drastic.

Both players have FM Radio as well as Bluetooth. Neither do any additional apps or wifi though. Both can be used as USB-DACs while connected to your computer though, which is a nice bonus! In general, both players have very similar feature sets.


I A-B’d both side-by-side over and over again and I really could not tell the difference in sound. They both are single-ended 3.5mm only while the XuDoo has a dedicated Line Out port. Power-wise, they both behaved similarly while using my entire collection of IEMs and over-ear headphones. I found I was on the lower end of the volume scale on every headphone.
Overall

I found that both are very capable entry-level Digital Audio Players. In my personal use, I tended to gravitate towards the Hidizs AP80 over the Xudoo X3-II and that was primarily due to the smaller size and the touchscreen interface. It also has a more attractive look, and I love the volume knob.

The X3-II still is quite a good package for the price. It’s lacking some minor features, but the user interface works well and is feature loaded.

Both have similar sound quality and power, and should be able to sufficiently power most headphones and IEMs without a problem.