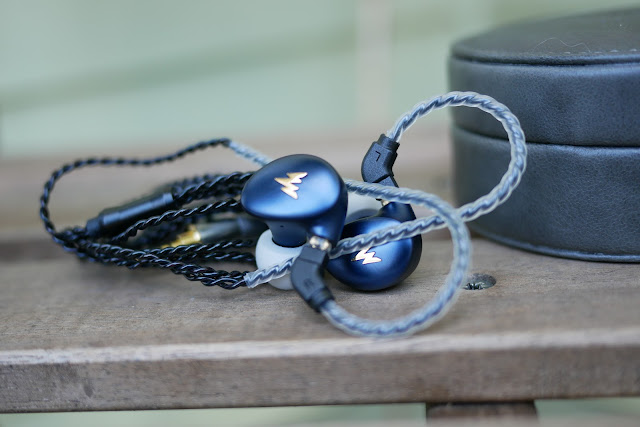 The Whizzer Kylin is a unique looking IEM with a very attractive blue aluminum shell with a gold-plated Whizzer logo that stands proud of the shell. This IEM retails for $159 and comes in a nice package including a selection of tips and a very nice and attractive PU Leather round case. The case itself, is also engraved with the Whizzer logo and the model name, “Kylin.”

In terms of fit, I found that these were quite challenging to wear. The IEM housing is rather small, which fits very comfortably when you can keep it in. I found the shallow nozzle to be frustrating to keep a good seal and to remain secure in my ear. It took several rounds of tip rolling to finally land on something that worked well enough. I ended up using Symbio-W hybrid tips, though it still occasionally came loose from my ear. 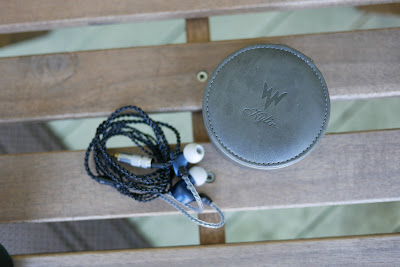 The Kylin has a general V-shape sound signature with elevated bass and recessed mids. To balance it, the treble is extended and boosted. I found the soundstage to be medium width, and imaging to be good, though not great. 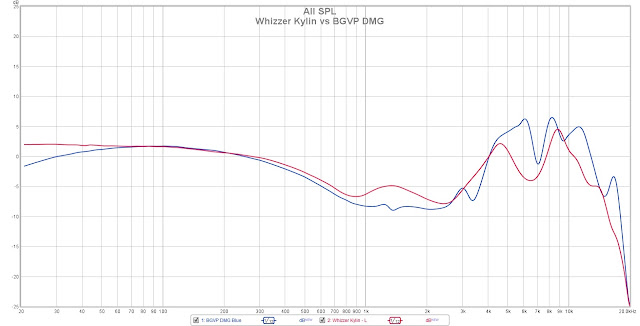 On initial listen, it sound quite bassy, but after swapping around tips, I found the bass to not be overbearing. The IEM features Knowles BA drivers, so one would expect that the bass is relatively tight compared to a dynamic. In general, I found the bass to be mostly clean and tight.

The mids are recessed and slightly compressed. Vocals do seem to fall a little behind the rest of the track, but it’s nothing of major concern. On it’s own, I never felt the mids to be troubling. It’s only when I started A-B-ing with other IEMs that I found the mids/vocals to be slightly compressed and missing something. This was more evident when comparing it to the BGVP DMG, which comes in at the same price range ($139 MSRP). The DMG is also V-shaped but the mids are more coherent and cleaner than the Whizzer Kylin.

When you move up to treble, the DMG also sounds more extended and detailed. This seems to be backed by my MiniDSP measurements when comparing them overlayed on each other.

They both generally follow a similar shape, with the Kylin extend more in the bass, but dropping off more in the treble region. So it seems like you can pick and choose your poison here. 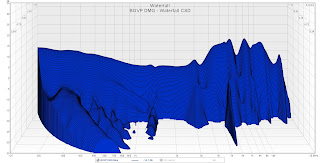 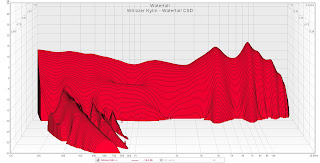 I found the Kylin to be a decent to good IEM. It has issues with fit for me, and some compression in the mids. It does have good bass response that doesn’t feel muddy or bloated. It’s only when I compare it to the similarly priced DMG that I find some general problems with it. That’s not to say the DMG is a perfect IEM, but in my opinion, the DMG is a better coherent, fun, IEM than the Whizzer – but only slightly more. As they are the same price, I’d recommend the DMG over it.

This IEM was provided to me a review sample by Linsoul Tech. If you are interested in either the BGVP DMG or the Whizzer Kylin, please check out their internet store at http://www.Linsoul.com or visit their Amazon links to purchase!