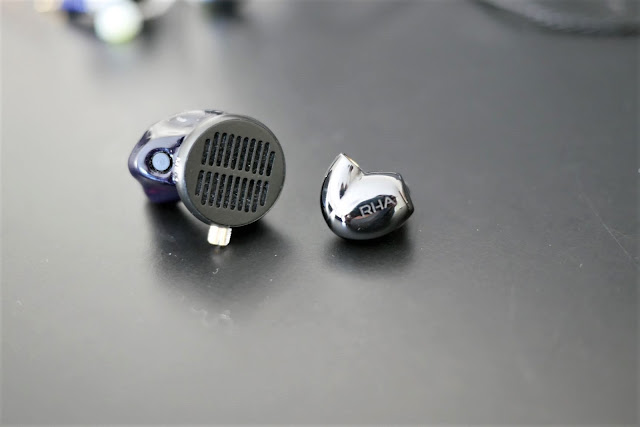 The Scottish outfit, RHA, recently released a fully closed IEM that features a planar magnetic driver in it. While planar magnetic in-ear monitors and earphones are not new, there has never been one that has been made in this smaller form factor and fully closed.

The Audeze iSine series was a large unit that was worn as a hybrid between a clip-on headphone a la Koss KSC series and in-ear canal phones. They sound beautifully with the Cipher cable, Reveal plugin, or the right EQ, but sounded pretty wonky in it’s stock form.

The Unique Melody ME1 was released shortly after the original iSine 10 and 20 were released and featured a more traditional in-ear monitor style but with a large Audeze LCD series look. It was a fully open-back planar IEM like the iSine before it. It comes in both a Universal and Custom IEM option. I have owned the iSine 10 and the ME1 universal, and now own the ME1 custom.

More recently, two Chinese brands have come out with their own planar IEMs, the Senfer MT100 and the Toneking BL1. They both feature vents in them, and are not truly closed backs are are available for around $200 each. I have yet to hear either one of these.

RHA graciously sent out a set of these IEMs around the world as part of the Head-Fi Tour and I happened to miss the boat during the initial sign-up. After contacting RHA towards the end of the tour, they did not hesitate to allow me a chance to audition these, so I am very grateful for this opportunity to demo them and provide you my insights. 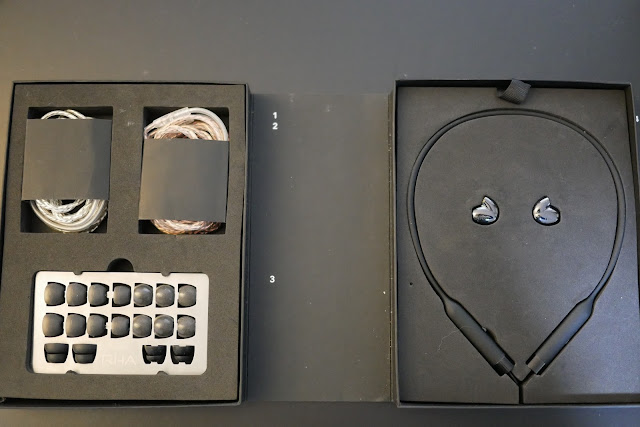 The RHA CL2 packaging comes packed with accessories, all of the highest quality. The first thing I discovered was the various variety of cables. The CL2 comes with a copper-colored standard 3.5mm cable with preformed hooks, as well as a silver-colored balanced 2.5mm cable with hooks. In addition to this is a neckband cable that converts the CL2 into a Bluetooth device. The Cl2 features mmcx connectors, so users can also use other cables with it as well.

A small selection of tips of various sizes is also included in the packaging, as well and product manual, airplane adaptor, and a usb cable for charging the Bluetooth neckband.

The CL2 features a hard ceramic shell that houses the single planar-magnetic driver. The closed shell has a shiny, glossy piano black finish and feels very solid and lightweight in the hand as well as in the ear. With about an hour of continuous playtime, I do sometimes start to feel a little ear pain on my left ear, but not as much on the right. This was a little surprising given the small size and good fit I was getting on initial placement.

For this review, I will focus mainly on using memory foam tips, but I also had lucky with SpinFit CP145 tipes. The Bluetooth cable and it’s quality are not part of this review, and I will be primarily discussing how it sounds based on 2.5mm balanced connections when available.

First off, the RHA CL2 requires a lot of power. Unlike many IEMs, these have very low sensitivity and require a bit of power output to drive them well. I used the Cl2 in combination with various sources including the Pioneer XDP-300R balanced Digital Audio Player and the Monolith THX-AAA balanced amp/DAC. I also used these with the Cavalli Liquid Spark and on some occasions, the Pete Millet Starving Student Tube Hybrid. Some times the source files came directly from my PC, the XDP-300R or the Hidizs AP80. In all cases, files were either CD-Rip FLACs or streaming through the highest quality Spotify or Tidal Hi-Res or Master quality.

My music selection was vastly varied throughout the time I listened with the CL2. My playlist stretches across most genres and my typical baseline album to listen to is Fleetwood Mac’s Rumours, as this showcases various instruments and 4 unique singers. I also tend to throw in the mix Chris Stapleton, Norah Jones, The Civil Wars, Tegan and Sara, Radiohead, Olafaur Arnalds, Daft Punk, The Roots, Vince Guaraldi, and various other artists and songs when demoing headphones. 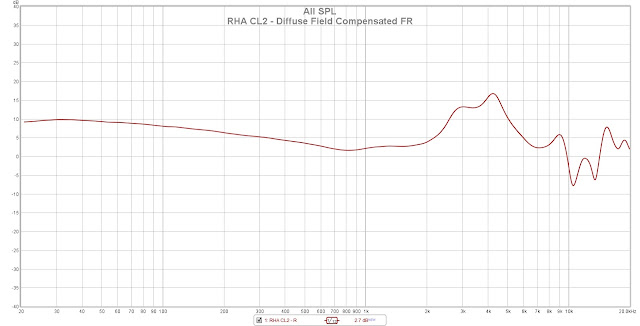 First off, the CL2 is one of the fastest headphones I’ve had the pleasure of listening to. It’s not as fast as the Stax SR-009, but it’s faster than any of the planar magnetic headphones I’ve listened to and I own and have listened to quite a few. It’s also faster than the Focal dynamic driver headphones I have (The Elex and Elegia). In general, it makes the iSine 10 and Unique Melody ME1 sound slow with longer decay time. The transient speed is a bit ethereal in this sense.

While the bass response actually shows a little bit of a hump, the speed doesn’t allow the bass to bleed over at all. It’s very tight and controlled, and even sounds a tad lean due to its fast attack. When listening to it side-by-side with the ME1, the bass on the ME1 is weightier and meaner, despite it being rolled-off, but also sounds slower in comparison.

The mids is where the CL2 starts to fall apart a little bit. Male vocals sound natural and wonderful. Again the bass never bothers the mids, and the lean bass and mids are clean and almost analytical in a sense. It does sometimes needs a little more body, especially if you’re used listening to the Audeze LCD series or the HD6X0 from Sennheiser, or even the ME1. In a sense, the iSine 10/20 have this sort of leaner sounding mids, but the CL2 is even leaner. It is a type of sound I do enjoy though, as is the case in the Focal Elex I absolutely love.

The upper mids is where things start to get a little, well, weird. This is due to an abnormal rise in the upper mids that peaks up around 4KHz in the lower treble and then steeply drops down to 6KHz. Normally, I do enjoy a little bit or presence here, but the CL2 rises over 5-7dB more than I am used to in this region, and it’s an area, again, that I like boosted (see Hifiman HE560, Focal Elex, Tin Audio T2, KZ ZSN, etc as examples of headphones I gave good scores to and share a peak here).

This giant peak does a few things. First, it completely exaggerates string instruments and brings them front and center. It also makes cymbals splash more. In both cases, these sound unnaturally high and harsh. I love hearing the intricacies of guitar work, and that peak does help you hear every last detail, but it makes the timbre off and sound very unnatural. In addition, this peak makes the upper-mids and especially female vocals, sound veiled and compressed and, again, unnatural. I never enjoyed Norah Jones or Stevie Nicks, and Liz Fraser’s crazy voice sounds even crazier.

The rest of the upper treble range is also boosted, but does not suffer as badly with large peaks, though is still a tad uneven. The fast planar speed really helps level off this area though and gives it an electrostatic-type sound to it. Very fast and slightly artificial. 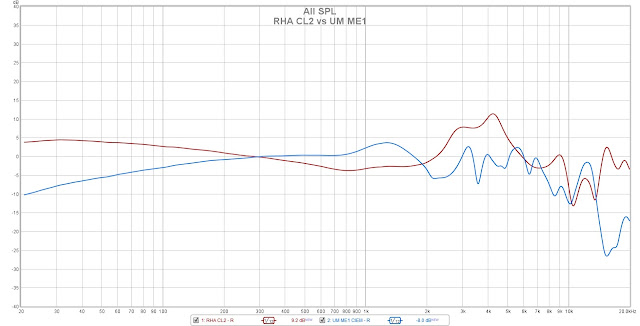 In comparison, the ME1 is quite dark sounding. The ME1 is a shade darker than Diffuse Field neutral, but in general hovers very closely to that sound profile, while can be at fault for a small bump around 1KHz which creates a tad of shouty sound. The CIEM version I have cleans that area up a little bit and it’s less bothersome, while generally evening out the upper mids and treble.

I found that while the ME1 has some unevenness in sound and is darker and richer than my typical preference, that is was much more coherent than the CL2, and that was really due to that large peak in the lower treble.

Luckily with a little bit of equalizer work, and bumping that region down 5dB or more, the CL2 starts to sound more normal, and helps fix some of its biggest flaws. Similarly, the ME1 can be fixed with some smaller adjustments in the raising the treble region a couple dB and raising the subbass up. The iSine can be fixed using the Cipher cable, Reveal Plugin, or some small tweaks using EQ.

What am I getting at? It seems every planar magnetic IEM has some flaws right now, but they benefit from very low distortion numbers and ability to eq to your needs. I think the Cl2 requires the most EQ work to correct it’s flaw, and I find it’s offering price a little high. The overall package is quite handsome and attractive with the nice cables and Bluetooth kit provided though.