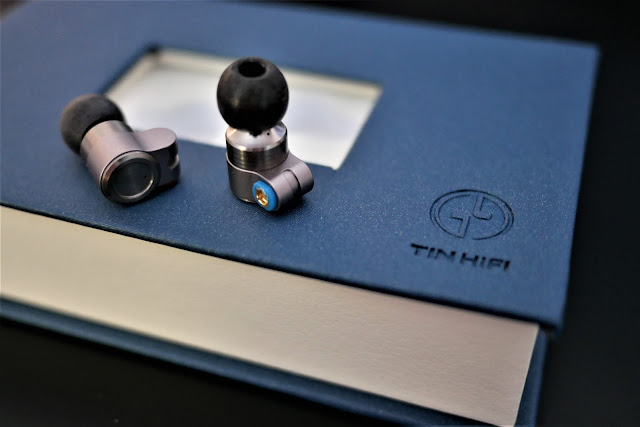 
Tin Audio has been one of the rising stars in Chinese earphones the past 2 years with the release of their Tin Audio T2 and T2 Pro in-ear monitor headphones. The T2 and T2 Pro were previously reviewed by me and received high marks due to their clean, neutral sound signature, and budget price.

Tin Hifi is back at it again with their T3 model and this one replaces one of the dynamic drivers with a single BA and is a hybrid model instead of the dual dynamics of the previous generations. In this new scheme, the dynamic controls the bass region, while the BA handles the upper mids and treble.

The T3 is available now at Massdrop exclusively but will be available on Amazon via LSR-Direct, Ali Express and other stores, including Linsoul.com who provided me this exclusive preview sample unit prior to market. 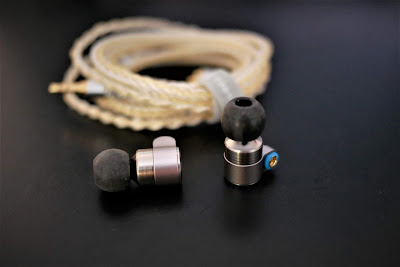 The T3 comes in a similar but larger blue faux-leather box with a window cutout to show off the hardware. Inside, you’ll find the T3 with a slightly different housing and a very premium yellow/silver cable that has quality mmcx and 3.5mm connectors. This cable has heat shrunk bends to it so the T3 is meant to be worn over-ears. In addition, three types of tips are included in various sizes in this set. The default tip is a silver memory foam one, which is a bit large for my liking.

I never found the T2 and T2 Pro that comfortable to as an over-ear style earphone, but with the T3 barrel being slightly longer, it does help a little bit with fit. While the new cable is gorgeous to look at, and feels great, the hooked cable along with mmcx connectors, which allow the cable to move around freely, makes it hard to get a good fit wearing up. I switched it out with a cable I have that does not have memory wire and it can now freely move to wear it needs to go quickly without re-adjustments. For this review, I mainly used Comply foam tips.

This review of the Tin T3 was heavily auditioned on the Pioneer XDP-300R Digital Audio Player using a 2.5mm balanced cable from Yinyoo. In addition to this primary setup, I also tried it with the Hidizs AP80, and Monolith THX-AAA Balanced DAC/Amp and iPad Mini.

For music, I listened to some random playlists and various artists including: Norah Jones, Fleetwood Mac, U137, Cigarettes after Sex, Kenny Chesney, Coldplay, Massive Attack, Cocteau Twins, Alvvays, and others.

Generally, I find the T3 similar to the T2 and T2 Pro where they are all diffuse-field neutrally-tuned but with upper end energy that makes them a little bright. Some people may hate this and find it harsh and sibilant, while others, like me, are perfectly fine with this type of tuning. Let’s try to go over it with some comparisons thrown in-between.

The bass region, measured, remains very similar. And that’s kind of true. The T3 has very clean, linear-ish low end, but it does feel weightier and more extended than the T2 and T2 Pro. In Massive Attack’s “Unfinished Symphony,” the opening few seconds has a much more rumble and punch to it then it ever sounded and felt like on the previous models. Perhaps its due to some slight tuning differences, though the vent holes are pretty much the same size and location as before, but I don’t know if the driver has changed within.

Another explanation is that the mids and treble have been more balanced than before, which would help bring the bass higher up in the mix. The mids are more coherent this time around and thanks to the new BA driver, the details are quite good with improved soundstage that’s similar to the T2 Pro. Male vocals like Kenny Chesney in his popular song, “You and Tequila”, sounds excellent. Likewise, I found Chris Martin’s voice in various Coldplay songs to sound accurate and pleasing.

Certain female vocals, though, can sound slightly off. Alvvays’ Molly Rankin sounds just a little too high and strained, for example, in their song “Dream Tonight.” The T3 treble can be a little hot. The lower treble has been toned down with the new driver and there is no longer as large of a peak in this region, but there is still some elevated peak starting at around 8-10KHz that can cause some sibilance and some harsh graininess in some tracks. In my measurements, a lot of the upper treble is basically missing or rolled off as well. This was an area where the T2 Pro improved upon, adding more extension in the treble, but it also created much higher peaks in the rest of the region causing some to find it very high pitched and unnatural.

The T3 luckily lowers most of the frequency response closer to neutral in general, and with a weightier bass, really balances out better than the T2 and T2 Pro. The treble peak around 8-10KHz can be a deal breaker for some, but I found that EQing this area down just 3-4dB and increasing the 1-2KHz area up 1-2dB can really improve the overall tonality and timbre. It removed sibilance from songs from Norah Jones and other female vocals with emphasized “S” and made some unnatural sounding high pitched instruments sound more normal again.

The Tin T3 is an actual improvement over the previous T2 and T2 Pro and is probably the most balanced of the three. I still recommend it only if you like a brighter sound signature or are willing to EQ it but I find this IEM to have good detail, soundstage, and energy at the price point and with the improved bass, I think many will enjoy it over the T2 and T2 Pro. If you already own one of the other two, the decision is probably a little harder. I’d recommend it over the T2 Pro if you found the Pro too bright. If you have the T2 already, it’s a toss-up. The T3 has some improved details, bass and soundstage over the T2.

In short, it fixes a lot of the user complaints about the previous two models but does open up a new one with the large treble peak that shifted over the previous models to an area that may cause some sibilance. EQ can manage this and make it a very well balanced IEM for the $69 offering price.