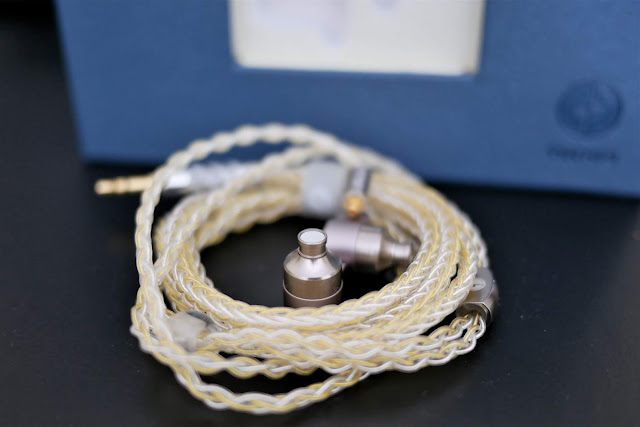 The anticipated release of the Tin Audio T3 is now here. I finally received my review sample after it got delayed at customs and shipping in the US. But it did finally come just in time for the launch on Massdrop. See the link above to save $10 if you are a new Massdrop user!

So how does it sound?

These are just some early impressions of it so take it as it is. No burn-in (if you care about that stuff), and very little ear time.

First, let's take a look at some measurements versus the Tin Audio T2 and T2 Pro. The following measurements are using the MiniDSP EARS unit with a Diffuse Field compensation curve. I checked the data against a Dayton IMM-6 with vinyl tubing and 12mm distance and the compensated curves are quite similar.

As shown in the data above, the Tin Audio T3 looks like it has a lot of commonalities with the previous models. The lower region of the data should look somewhat similar -- it's still a dynamic driver in a similar shell with same vents in the same locations. The shell has been slightly tweaked and is a tad larger, but generally has similar feel to it.

That said, the bass does feel deeper and more pronounced. This is probably due to the more even mids and the drop in the treble elevation that was present in both the T2 and even more so in the T2 Pro. The T3 features a Balanced Armature to control the mids and treble, so this new driver and tuning does keep some of the general signature but cleaning it up a little bit.

Sonically, the soundstage is wider than the T2 and on par with the Pro. It's got good detail for this price point, and I think users of the T2 and T2 Pro will find the T3 to be an upgrade over their previous models.

Now, this IEM is still on the brighter side, as shown in the rise in the treble region. It also does roll off pretty quickly in the upper treble, and this may or may not affect users. The rise in the treble still has some occasional harshness and sibilance in certain songs and singers. I definitely picked it up in lower quality bitrate mp3s as well as songs I know to test for sibilance in female vocalists.

Generally speaking, I find that for the price point, it's a good IEM. There are definitely more well rounded IEMs when you jump up to $100+ range though. The recent Moondrop Kanas Pro, for example, is very neutral and well balanced. It's an easy recommendation and I'll be reviewing it in the near future.

The T3 isn't for everyone. Those that are treble sensitive or prefer more laid back or darker signatures need not apply. Those who like brighter headphones like Grados, Beyerdynamics, and even Hifimans may find these interesting. Obviously, if you already like the T2/T2 Pro, these may or may not be worth upgrading to for the new driver and more controlled mids/treble regions.

I'll try to do a full review later, but these are on Massdrop now for immediate shipment when the drop ends next Thursday. They will be available on Amazon shortly thereafter via LSR-Direct. Please do check out either site if interested.

This review unit was provided by Linsoul, who are LSR-Direct on Amazon and are promoting on Massdrop. I don't get paid or get any other reimbursement for this review/preview. They only want honest feedback and I have on many occasions recently, given bad reviews to their products. For this initial preview, I'm giving it a good lukewarm reception. Depends on your needs!