I never heard of Fearless Audio before until Lillian from Linsoul asked if I was interested in trying out their line of in-ear monitor earphones. It seems the company started several years ago in China doing custom in-ears and now are introducing a line of universal IEMs to the market. The first model I am listening to now is the Fearless S4.

The S4 has 4 balanced armature drivers (BA) inside each molded shell. The drivers are Knowles brand drivers with 2 for bass, 1 for mids and 1 for treble. The IEM is rated at 114 dB/mW sensitivity with impedance of 32 ohms. The Fearless S4 starts at $289 for the basic model with basic color choices. Users can upgrade the faceplate and look for additional fees, as well as submit molds to use for a custom IEM version of this earphone.

As a disclaimer and as mentioned above, Linsoul provided me the Fearless S4 for review and this IEM is available on the Linsoul.com website with full customization options. 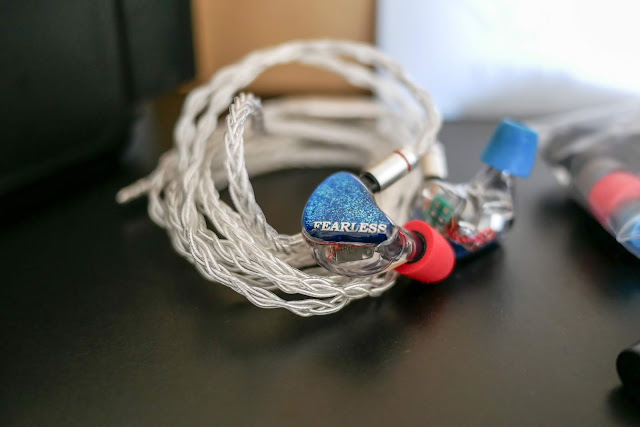 The S4 comes packaged in a plain brown box with minimal artwork on it. In fact, it’s just a blob-looking sketch and their logo in the upper corner. Inside, is also quite minimal. The box houses a plastic snap box similar to a Pelican case but not transparent. Inside this box is the headphones, a silver/transparent 2-pin cable, a bunch of tips, a cleaning tool, a shirt clip, and an aluminum business card.

The tip selection comes with both silicone and memory foam tips in various sizes. The foam tips are similar, if not the same tips as the ones made by NewBee, which is one of my preferred foam tips. They packaged red and blue tips with this set.

The cable is a very nice silver color that’s braided and has a hefty and well-constructed 3.5mm mirrored metal connector on one end and similarly nice 2-pin connectors. The cable is a little springy and can get tangled though, so while it looks really nice, it is a little annoying to handle, but not a deal breaker. I still elected to use it over some of my other cables.

The S4 has a molded housing that’s not too dissimilar from some of the more recent premium IEMs out of China. It has a similar look to the BGVP DM6 and Tenhz T5, which I recently reviewed. I do find that the S4 becomes a little painful after some use – perhaps after about 30 minutes. Some days, I’ll find it very painful and need to take them out to let my ears relax and breathe, and other days, I can live through it. I am finding today as a day I can leave them in and let them sing to me, and that’s why I finally got around to writing this review.

The S4 has a slight V-shape sound to it, so it does have some boosted bass and slightly boosted treble, but generally it’s a warm headphone with good detail and wider than average soundstage. 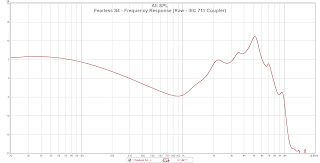 The bass is boosted but it never felt over-bearing to me. The decay is generally pretty fast and helps the boosted bass never get overly bloated or muddy. The bass is surprisingly not as punchy and impactful as I would have expected given the bass boost and actually sounds very nice. It does have punch, but not as much as what I’ve heard from other IEMs like the Campfire Atlas, for example, or a set of Beats PowerBeats. 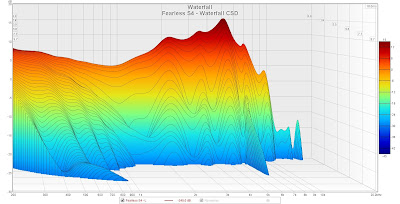 The mids actually sound very good on this IEM. Male vocals sound coherent and present. Chris Cornell and Eddie Vedder have bite and sound large in their Temple of the Dog collaborations, and Stevie Nicks has the appropriate amount of energy and hauntingness in “Dreams.”
Speaking of, “Dreams”, the S4 plays through this song pretty effortless. The bass line is deep and leads the song, as it should. The cymbals crashing around Nick’s voice is imaged well and wide and off-center. Nothing seems too far out of place, and that’s pretty good since this IEM does have some unevenness in treble.

I noticed that on some tracks, and more likely poorly recorded or heavily emphasized and boosted treble tracks, that the S4 can be a little harsh. There were a couple country-bluegrass tracks, where I found the S4 to be a little on the peaky side, and that tends to happen with some very string plucky tracks and higher pitched female vocals – for example, the great “Grace” cover by Catherine McGrath.

This is somewhat to be expected with the V-shaped signature, but in general, I found the S4 to be very tame in this regard, and that’s a good thing. The S4 behaves well, outside my normal sound signature preference and I believe it does this because it peaks up in a place where I am comfortable with – around 4-5KHz.

Some people are quite sensitive here though, so buyer beware. I am more sensitive just beyond this point, but even so, there are definitely headphones that peak too much here, such as the RHA CL2, which has a 10+dB boost at 3-5KHz above compensated curves, and has a flat bass response. Luckily the S4 not only has half as big of a boost, but also compensates for it with the bass boost, which helps masks the peak, at least for me.

Also lucky for me, beyond that is where I can sometimes detect sibilance, and the S4 actually drops off in this region and that really helps the taming effect I mentioned previously, creating a surprisingly well-balanced V-shaped IEM. There’s enough clarity here to pick out details but not enough to prick your ears. 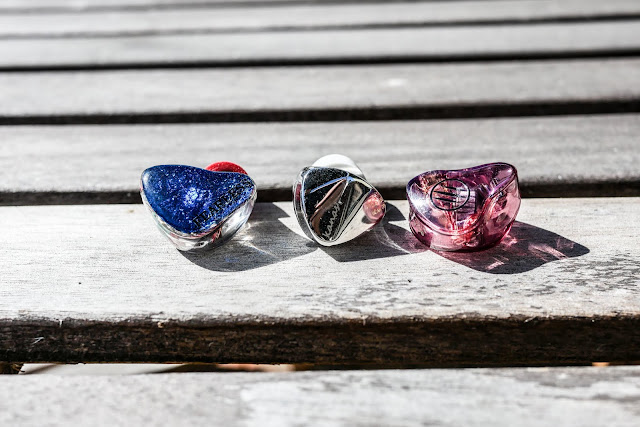 I’ll try to compare the Fearless S4 to some competition in terms of price and recent hype.

The DM6 is also another slight V-Shaped IEM and I found it to have bigger bass impact and more treble spikes. The S4, in some ways, is a more grown-up version of the DM6 and doesn’t have as much of treble unevenness issues as the DM6 does. The additional $90+ price tag may warrant the upgrade if you like a slight V-shaped sound. For me, it would be because of the lack of sibilance and peak spike issues alone, but also the more balanced sound signature in general.

The Moondrop Kanas Pro follows a more neutral tuning, and falls somewhere between the Harman Target curve for IEMs and for Over-Ears. For my personal tastes, I found the Kanas Pro to be liquid smooth and resolving, though could use a small boost in treble. It’s a smooth operator though, and wonderful for long, laid-back listening sessions where you want comfort and details. The S4 has a little bit bigger bass and more detail-forward treble clarity. You’ll hear more details in the sound, and have a little more feels at the same time, but it’s not as good of an IEM for extended listening. 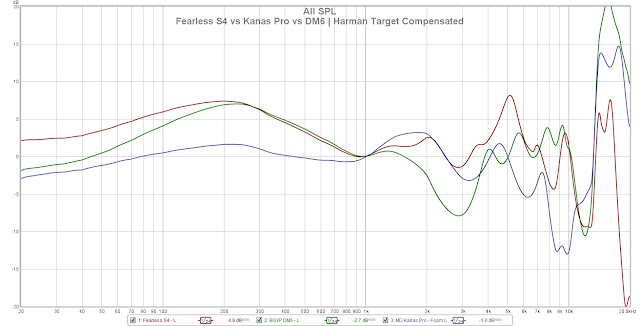 The Orion was reviewed late last year and I am basing it on written and brain memory. The Orion is priced just above the S4 but comes with higher quality accessories. It’s a single BA headphone vs 4 that are in the S4. Due to being a single BA, I think the Orion is hampered by the lack of deep extension on both bass and treble sides of the spectrum. But, that said, it does everything well in-between and really is a mid-centric headphone. The S4 is a more fun sounding headphone which extends bass decently well and has more pop to it.

The LS200iS is a neutral-tuned IEM that is just above neutral in warmness. The S4 is also warm, but has more bass impact and more defined treble. That said, the LS200iS has very even response throughout, and extends as high, more evenly. This gives the LS200iS a smoother sound signature and generally pleasant for every genre. The S4 is, again, a more fun sound, while also detailed. It’s more of a short term excitement vs the longer listening capabilities of the LS200iS. 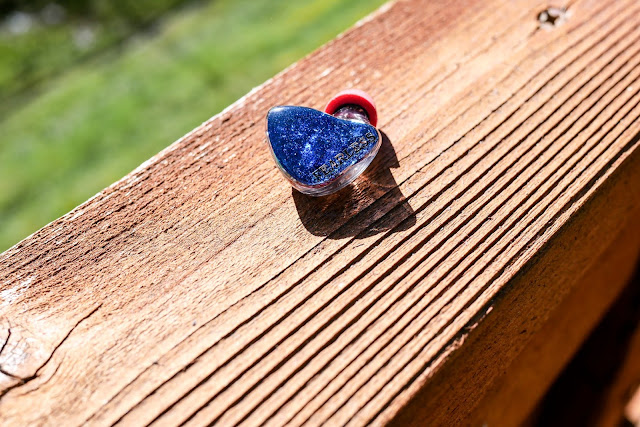 I found the Fearless Audio S4 to be a decent to good purchase at $289. It isn’t a headphone for everyone of course, as it does exhibit a small V-shape sound, but it does so very tastefully. I found it’s treble to be tame and not very harsh on most music I listened to. The occasional songs, whether they were already boosted, or poorly recorded or lower bitrate could make some treble spikes a little harsh. I never found sibilance to be an issue, and tried my best to make that be.

Overall, it’s a very good IEM that I find fun and tasteful. Fit was a little tight for me and sometimes painful, but I do have smaller ear canals than many, so your miles may vary greatly here. Accessories are pretty good, though I would have preferred a nicer case than a plastic box, but it’s better than nothing.

So, there you have it. It’s my first taste of Fearless Audio and I am looking forward to hear what more they offer. 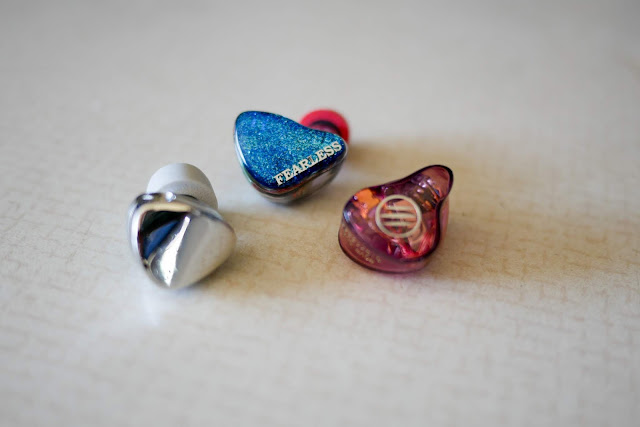 Also available on Massdrop at the time of writing.