The brand Moondrop has quickly become one of my favorite and most consistent brands on the market today for in-ear headphones. Their line of ear buds and IEMs are all built and tuned with a purpose, and for the most part, each one seems to hit their target curve.

The Kanas Pro was released last year and was well received by many including myself. I still rank it as a baseline standard for an earphone under $250. It featured a pleasing sound that worked well for most genres, comfortable fit, and nice build and aesthetics and was priced at $179, which seemed like a good sweet spot for many people.

Moondrop recently released a new model which seems to have fully replaced the Kanas Pro now, as the Kanas Pro has since been discontinued and is becoming much harder to find except on the used marketplace. The KXXS takes the Kanas Pro and makes some subtle changes that I will explore in this review. 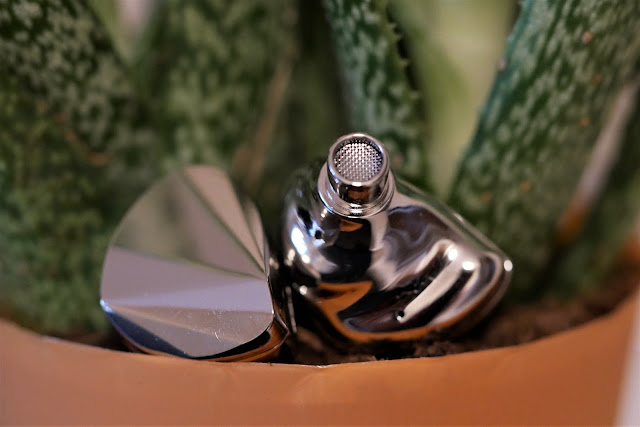 Immediately, you’ll find that the packaging is much different than the Kanas Pro’s simple compact rectangular box. The KXXS comes in a large white box with a manga-style graphic of an Asian girl. While I don’t really care for this artwork, it’s at least tasteful and I think this does draw attention from some people more into Japanese artwork than I do. 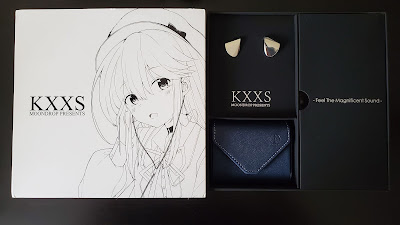 Beyond the box, Moondrop has included a nice blue case to carry the items in, as well as a small selection of tips. The cable isn’t very great though. It’s janky to use and isn’t very usable in my opinion. It’s a far cry from the nicely included cable that that Kanas Pro came with. 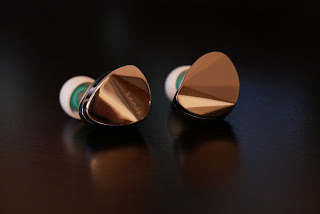 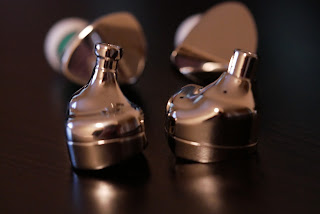 The shell is a mirrored metal finish and has a very nice look to it that resembles jewelry in some ways. It is a bit blingy so some may not like it, but I find the IEM attractive and built very well.

The KXXS has a warmer sound than the previous Kanas Pro and is slightly warmer than the Harman Preference Target Curve. In this case, I found the bass to be just slightly elevated from the Kanas Pro and adds a little more richness to music, and making male vocals more filled in and, in most cases, improved.

The single dynamic driver produces quick bass notes and doesn’t really have a great deal of decay and slam. It’s punchy to an extent, but I didn’t find them basshead level qualities. That said, I like my basslines to be defined and fast, and powered by subbass performance. With the KXXS, it mostly delivers here. The additional added bass from the Kanas Pro gives it just a slight boost in the lower bass regions that makes it more powering, but at a slight cost of definition.

The mids benefit the most from this new tuning, and primarily male vocals. The added bass boost reaches into the lower mids and that provides a more warmer tuning. While, I never found the Kanas Pro to be lacking in this region at all, some people may enjoy this warmer tuning.

If Moondrop had stopped the tuning here and left the rest of the signature in-tact, I would probably have rated this a little higher than I have. I found the Kanas Pro to be a really wonderful sound signature that really just lacked detail resolution and maybe a little too restrained, and laid back and smooth through the treble region. Well, maybe I asked for too much.

The KXXS adds just a slight elevation in the upper mids and treble portions, and I ended up finding the KXXS just a tad bright and harsh on some songs – specifically modern pop recordings and dance tracks, which already accentuate this area. This wasn’t the case for every song though, and so some more toned-down music did not find any of these rougher edges.

The KXXS has a slightly more intimate soundstage than the Kanas Pro, but I found both to be wider than average. The KXXS plays well with imaging and width for its price range, but depth and height are just average. Resolution is pretty good for this price range, but it’s still not in the same realm as much higher priced in-ears, where detail retrieval of every little breath is more apparent. 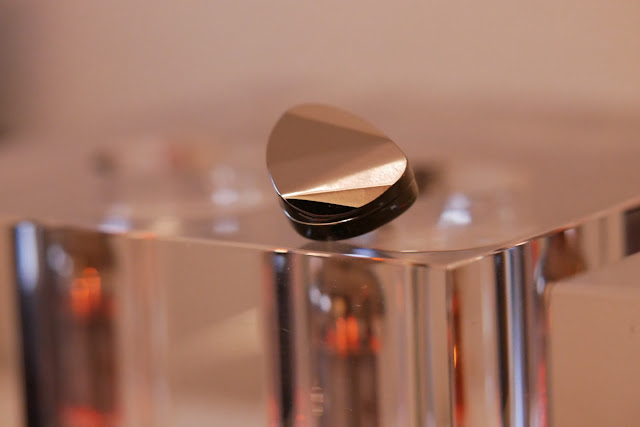 I may come across slightly negative in this review of the KXXS, but that’s really when I am comparing it to the Kanas Pro, which is one of my most favorite In-Ears. It’s such a great IEM for the price – in terms of sound profile, build, comfort, and design that I find it hard to beat.

The KXXS improves upon the lower mids but I feel like they went a tad overboard on the brightness and that detracts more than the additions. This isn’t a dealbreaker though, and I find the KXXS to be a very good in-ear at this price and I’d still recommend it to many users. Just be aware that some songs may sound a little bright.

This IEM was provided for review by Linsoul. If you are intersted in purchasing this, I highly recommend checking out their storefront on Amazon (LSR-Direct) or their own website. Here is a direct link to the product: https://www.linsoul.com/product-page/moondrop-kxxs-iem