We had a mini meet yesterday, August 24, 2019, at Torq's place in Seattle where many new headphones and in-ears were passed around from a group of 10 of us from the community, including the two owners of headphones.com and a Focal representative! It was a blast, and I'd like to thank Ian/Torq for graciously hosting this event and letting us play with a lot of his new toys in the process, as well as everyone else in attendance! 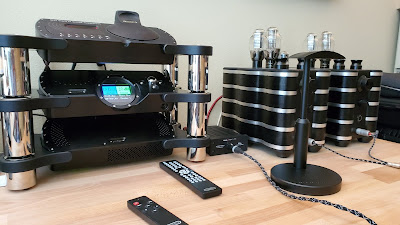 These are really nice. They really do sound like speakers! The speed and resolution of electrostatics but having actual good low end response. I was surprised that they were comfortable and light to wear, given how they look. I’d really consider owning these some day. They are definitely a significant gear changing investment though. 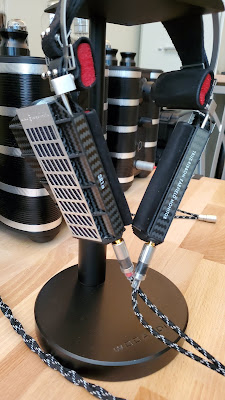 First off, these look bigger in person than they do in photos, when they are finally worn. They stick out like Princess Leia buns. Sound is nice and open. To me, I felt it had a more balanced tonality than the Verite Mahogany I have been using. It sounds more like the Aeolus Ziricote with Suede pads. I would need more A-B time between them all, but normal open verite has more open soundstage and perhaps more resolution, but I think the tonal balance of the Verite C is more up my alley.

I did not like this at all, from the moment I put it on. It’s nicely built, but it looks ridiculous on your head. It makes the Verum One look normal… The sound is pretty mediocre to me. It sounds like tuning I’d get at a big box store, only with a nicer build and slightly better resolution. I find this to be more about the build quality and aesthetics than sound. Too much midbass. No extension at all. Boombastic sound. Muddy. Missing uppermids. Sounds worse than their flagship IEM, Rai Penta.

First off, I didn’t like the Campfire Andromeda as much as many people. I liked its wide soundstage and it’s “look” but I didn’t like its overly bass heavy and dark tonality. I like upper-mids and it’s missing those. The CFA Gold seems to bring them back in the upper mids, but also adds more bass, which is something I dont think it needed. That said, the tonality seems closer to what I prefer, but still a little too bassy and it does a little bit less of it’s unique sparkle. I find them better than the original for sure, but it’s still a step behind the Solaris, Z1R, VX, etc in my book, but it’s also priced below them as well.

This IEM has been severely hyped up in the IEM world lately, and some call it TOTL killers. I think this was my least favorite thing I heard today. Yes, worse than that Meze impression I just posted above. It’s just not right. Everything about it is bad. I don’t get the hype. Bloated, messy, tonality is dark and wrong.

Edit Note: I realize that I am now mixing these up with the FH7 for TOTL killer hype. Naming is too close :)  Still, FA7 has been getting very strong reviews/recommendations and I don't really see why.

Last time I tried it was with the stock leather pads and I thought they were very V-shaped. Very boomy and too bright. This time, I tried with the Perforated Suede pads and they sound really well balanced and clean. I think they don’t quite resolve as well and don’t have the speed that Verite does, but it’s a very natural sound with these pads on. Very nice. 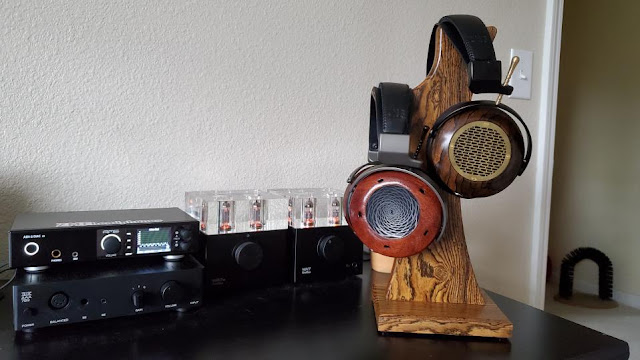 I havent tried any 64 Audio stuff before, so this was a first for me. I think the fit and weight were quite nice. The sound was a little weird to me, but not bad. Seemed like there was a semi-W-shaped sound with a little bump in the lower mids and raised upper mids and then a big spike somewhere in the treble region - im guessing 8K since I can usually hear some sensitivities to that if theres a big spike – which makes some of the songs I listened to just a bit too harsh. I didn’t do a sibilance test on these, but It may not pass my personal sibilance tolerance. Not really my style of sound. Too warm and the harsh spike wasn’t for me.

Three things surprised me about these. First, it’s a Sony IEM that fits quite well. Second, it’s a cable-down IEM that fits quite well. And three, it’s a Sony IEM that doesn’t have a sharp treble that I don’t like. It’s more laid back then I expected, and a little more bassy than I like. I think it sounds pretty natural though and not bad for asking price. I think I’d want a little less bass to balance it out more.

It’s smaller than the N8 but still a beast!! Very fast UI and responsiveness. I really like that! Only listened to it briefly but seemed to sound pretty nice. Not much more to say since I didn’t play a lot with it.

I tested out a pre-release of these just under a year ago and was not very excited about this product at all. Well, it finally released and I am happy to say that it's improved a lot. The soundstage is wider and the quality just seems better overall. The item feels quite nice for its asking price and looks the part too. I don't know if it's something I totally would like to own, but I found the updated sound to be much more coherent than in the past.