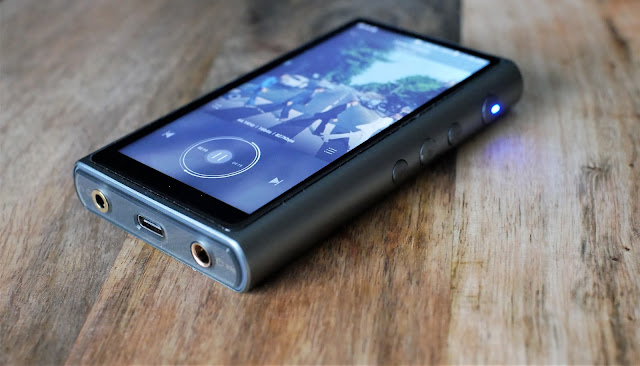 This is a quick review of the latest Digital Audio Player (DAP) by chinese brand Hiby. The R5 is the third player from the, originally, software company Hiby. They started making digital audio players with their R6 and R3 and more recently the R6 Pro. This latest R5 takes many of the lessons learned of the R6/R6 Pro, and shrinks it down into a more pocketable experience in the R5.


I pre-ordered the Hiby R5 through Hiby's website and it finally arrived at the beginning of last week. I've since used this player quite often and have been rather happy with it so far! As some background, I have used several portable players in the past, starting with the old Walkman cassette decks, to Discmans and Panasonic CD players, to the Sony MiniDisc, to iPods, Creative Zens, and others down the line. Most recently, in terms of Android-based players, I've owned and extensively have used both the Pioneer XDP-300R and Astell & Kern A&Norma SR15. I've also had several weeks of use with the Fiio M6, M9 and M11 DAPs.

So where to start? Let's take a look at it's basic features. The R5 has a very nice looking 4 inch screen, which covers most of the front surface, leaving a little bezel on the top, sides and a slightly larger bezel on the bottom. The rectangular candy bar style device, has rounded edges and all the ports are on the bottom.

The player features USB-C data and charging port, which is a standard nowadays, despite my relatively new SR15 having microUSB (!!). The R5 also has a single-ended 3.5mm stereo jack and a 4.4mm balanced jack, which is different than what I've been accustomed to in portable players. Most players have had 2.5mm balanced jacks, but recently the 4.4mm trend that Sony started has caught on.

The R5 features two Cirrus Logic CS43198 DAC and can power up to 1W at 16Ohm using the balanced connection. I never found power to be an issue with IEMs I threw at it and it was able to play some of my normal headphones quite fine. The player also contains a Qualcomm Snapdragon 425 processor which is a budget-tier phone CPU, but given the lack of significant multi-tasking and phone-needs for this type of device, it's plenty snappy for what this purpose is.

The player also features 2GB of RAM which is a little less than I'd like, but I found it does a perfectly fine job. It's not as fast as the Fiio M11, or Pioneer XDP-300R, and nowhere near as my Galaxy S10 phone, but it does the job. There's a little bit of slow caching of album art using the Hiby music player in navigation screens, but I never had much issues with loading album art in Poweramp. 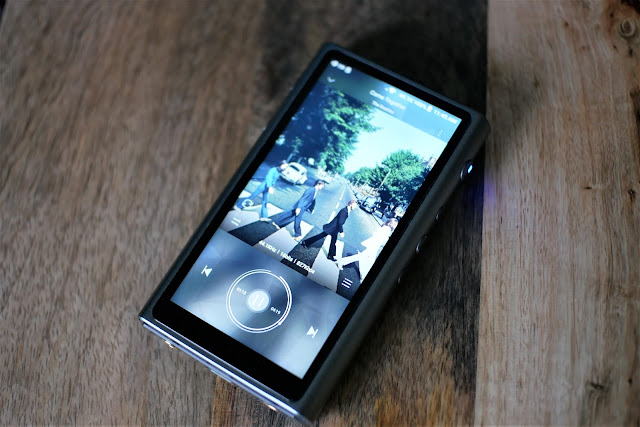 That said, I did find some clicky sounds with using Poweramp, which is a third-party music player that I prefer. I found that increasing the buffer size helped remove this issue and haven't experienced it since a firmware upgrade.

In general, I found the player to be quite slick, and love the way it's sized and feels. I do miss not having a volume wheel like my previous players had, but the volume buttons are nice, large, and round and easy to use.

I find the Hiby R5 to be relatively neutral sounding, but with a splash of warmth. It also isn't quite as airy as say the M11 or XDP-300R, and nowhere near as mid-luscious as the SR15. It's just a nice balance of sound between all the players I had before, while still retaining the good detail retrieval I found on the SR15, and not the flabbiness of the M11 or the sterileness of the XDP-300R.

I think in general, I find the bass to be well layered and detailed, with a good amount of punch and well controlled. The mids are relatively smooth and are as they should sound, while the treble is airy, but not overly bright, and I end up liking this player just the way it sounds.

With an IEM like the qdc Anole VX, which is an aggressive detail monster, I was a little nervous on how it would sound given that it matches so well with the mid-centric SR15 and it's warm, detailed mid-range and tight, tight bass. It's lacking a little bit in the treble/air department, which works really well in an IEM like the VX.

Luckily, the treble is tamed enough that I don't find the VX overly aggressive. This was great news to me since I am actually quite happy to say that the VX sounds just fine and dandy on the R5.

The SR15 is my other "current" DAP and I love it to pieces. It's got a unique shape that ends up being amazingly ergonomic, and a great volume wheel and fun tilted screen that ends up being quite useful. The player has just flat out great mid-range and tight bass response that is definitely on the colored sound type of spectrum than the R5. That said, the R5 has just enough warmth to it that it's not sterile and I find that it's a good blend to have. I still really dig the SR15's overall sound though, as it is tuned so well to be a great musical experience and extremely enjoyable.

The SR15 is a little laggy though, especially when you just turn it on, or have an app open while switching back to the main player. It's limited RAM and weaker CPU really shows it with some really random slowdowns. It's still faster than say the Fiio M6/M9, but it can be frustrating. The R5 is much, much faster and that's a great thing. I do miss the volume wheel though and that's a hardware feature I wish the R5 had.

The XDP-300R is quite sterile in my opinion, and it's a good reference DAP for that purpose. It's also very large and has a nice large screen and build that is amazing. The 300R is very fast despite being an older player, but does run an older Android 5.1 OS. The volume wheel is also on the 300R and not on the R5.

Both run Google Play store which allows for installing any android app on the market, which is quite handy. The 300R is a tad brighter sounding, and it's bass is lacking the oomph you get with the R5. In terms of sound, I really prefer the R5 over it.

The M11 is the largest of the bunch I am doing the comparisons to. It's also the fastest, by quite a bit , of the players. The build on it is excellent and it also has a nice volume wheel. Where it is lacking is not having the Google Play store, but it can have side-loaded apps like the SR15, and without restrictions unlike the SR15 has.

The M11's sound has similar mids and maybe just a touch more bright treble that makes it sound more airy. The bass on the M11, however, really lacked detail, layering, and texture, and I found it was rather uncontrolled and a little flabby in comparison to the other three. The output of the headphone jacks were also audibly hissy, which does not make them a good match for BA-driven IEMs and especially the more sensitive ones from Campfire and Shure.

At the end of the day, I am keeping the Hiby R5 as my choice DAP for now. It's the best size, performance, sound, and feature combination of the players I have used and I haven't had any major issues with it so far. I'm really digging it and it's price of $399 is just right.