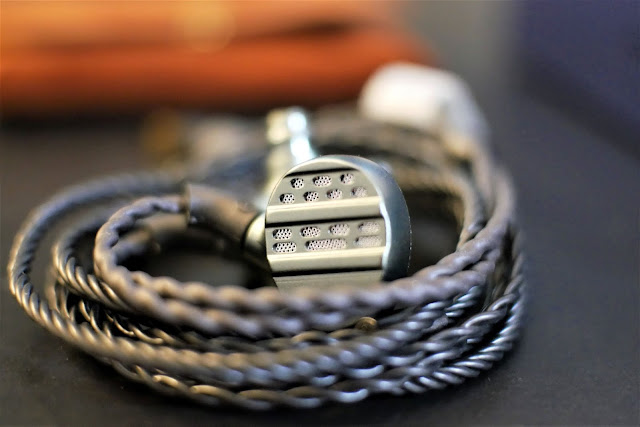 The new Hi 7 from the company KB Ear is an interesting looking in-ear monitor earphone. It features an aluminum metal shell design with a series of small vents that make this IEM semi-open back. This slightly strange look will definitely have some folks who like it and some who may hate it.

The KB Ear came to me directly from the manufacturer KB Ear. The package comes with a brown carrying pouch, a handful of tips, and a rather nice cable. This cable is quite reminiscent of the new 2019 cables that Campfire Audio is including with their IEMs, and very similar to the one I used with the Campfire IO. This cable is very usable, feels nice and looks nice. It also has a 90 degree connector to the source, which I always prefer. 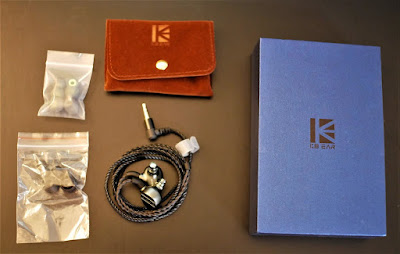 As for sound, I find the KB Ear Hi7 to have a balanced sound signature that leans a little bright. The bass region is elevated, and has a bit of punch, while also adding some warmth. The mids are only slightly recessed, but vocals remain present. The upper mid-range and treble is boosted somewhat though. While this wasn’t extremely fatiguing to me, for some it may become that way. 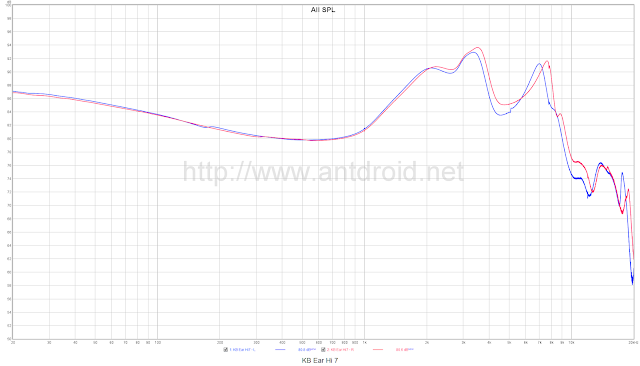 I ran the the Hi7 through the paces of various albums just to see how fatiguing it could be given the qualities of the IEM. With a treble-centric album like Chvrches’ The Bones of What You Believe, the Hi7 was pushing my ears but I was able to lay down with them on and enjoy the record. Lauren Mayberry’s vocals were a little up there in the brightness scale, and bordered on harshness at times, but I was able to listen to the entire album without needing to take it off. That said, I did have to adjust the fit a couple times to get better seal – as the bass level of the IEM really helps balance out the treble sharpness.

The resolution of the Hi7 is average to above-average for this type of price point. I mostly say this because one of my next IEMs has a tuning and drivers that really push the resolution gap between this under $100 price point and things much higher. (stay tuned!)

In some further listening, I also put on the indie-folk album, Barton Hollow from The Civil Wars. This record sounded very clean and clear, and the warmer bass response really helps give John Paul White’s vocals a little more thickness, though guitar strings and the higher pitched Joy Williams does come on a little strong at times.

At the end of the day though, there’s so many products coming out right now in the In-Ear market that it’s hard to stand out from the pack. Each one of these however, push what I think something in the $50-100 price point should sound like, and at this point, I have set new standards as to how an under $100 priced IEM should sound due to so many of this new wave of stuff coming out sound. The KB Ear Hi7 has a good balanced tuning that is warmer DF type tuning, and some may find it as a brighter and more extended Etymotics ER2XR-type signature without the resolution qualities, but at less than half the price.