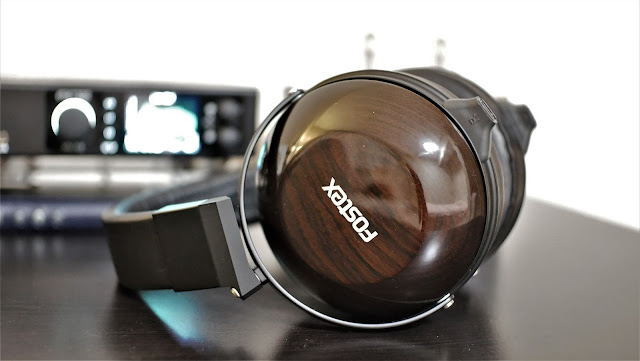 First off, I am reviewing a product that is now discontinued, at least at the time of writing this. So, this is going to be more useful to folks who are looking in the used market for the Fostex TR-X00 Ebony.

Where to begin – I found myself looking for a semi-closed back headphone to use at the office a few months ago. I had already been using the Sony WH-H900N ANC headphone there and I do love it, but it’s not as comfortable to wear for a long period of time due to the small cup sizes and the tight seal. That, and I rather have some openness to hear when I’m being asked a question by a colleague.

I ended up stumbling into the Fostex TR-X00 Ebony wood. This Drop exclusive features removable cables, as well as a limited edition Ebony wood cup. I had read that these were the most neutral of the available Fostex and Emu headphones in this style and jumped on them when Drop had dropped the price down $100 with coupon code.

The TR-X00 has a nice lightweight build that is extremely comfortable to wear. The headband doesn’t have a lot of clamping force which is nice for long periods of listening without a death grip on my head. The pads are made of polyurethane-fake-leather and I ended up replacing them with real lambskin leather pads that have the same shape and fit, but offered much better comfort and breathability.

The Ebony wood cups look black from afar, but they’re actually a chocolate brown color in lighting up-close, and with lighting, it reveals the nice wood grain. It’s a subtle but attractive look that I really enjoy, despite the giant white Fostex branding on it.

One thing to note is that despite appearing to be a closed-back headphone, these are anything but that. They don’t really isolate that well, and allows a lot of outside noise in. At my listening volume, my headphone doesn’t bleed a lot out, but I can hear noises around me, and that actually works well for me at the office, where I am not surprised when someone is talking to me or needs my attention.

The Fostex TR-X00 Ebony edition features a bass-focused balanced signature that is definitely warm, enjoyable and caters to a more consumer-style signature, while still retaining some good mid-range coherency. 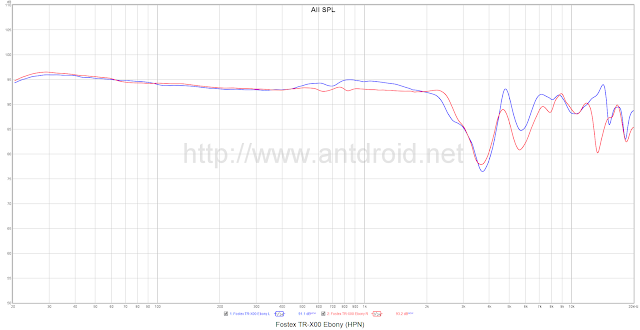 Putting them on for the first time, I was actually surprised that they didn’t have mega bass as I had read from the other Fostex and Denon headphones that share the same design and Foster drivers. There’s definitely elevated bass pounding through the biodynamic driver, however, it’s generally balanced when compared to the rest of the spectrum.

Sub-bass is where these really perform well, as they extend and dig deep. If you know me, I like sub-bass, mostly for electronic-fused music and films. Having that rumble adds character and depth to music and the Ebony does have that. I wouldn’t say that the general bass section is spectacular however. It’s present and surprisingly does not bleed into the midrange, but it doesn’t have as much definition as something above its price bracket, and only somewhat competes with other headphones in the $400-600 range. If anything, it falls short to the comparably priced planar magnetics in bass definition and bass extension. But, the bass is still good, fun and really well done when you look at it on it’s own merit.

And that’s because the midrange surprisingly isn’t a bloated mess. It’s slightly recessed, but only a little bit, which keeps this headphone sane for my personal tastes. Midrange is important, the most important, and I think Fostex did a good job here. Again, it doesn’t have the best resolution here, but it’s coherent for the most part. Male vocals are thick, meaty, and rich. Female vocals are slightly recessed, however they aren’t in anyway harsh, piercing or abnormal like they were on the Purplehearts.

Treble on the Ebony is a little rolled off, and not extremely extended. It’s laid back and gives this headphone a warm tonality, and that’s a good thing, as I planned on using this for long days at work when I’m just sitting at the computer multi-tasking away, and want a soundtrack that isn’t just keyboard clacks and mouse clicks.

In terms of soundstage, I found the Ebony to be a more intimate affair. It’s width and depth was not unlike something like the Sennheiser HD600. Imaging was average, and the Ebony won’t be one that many call airy and light either. 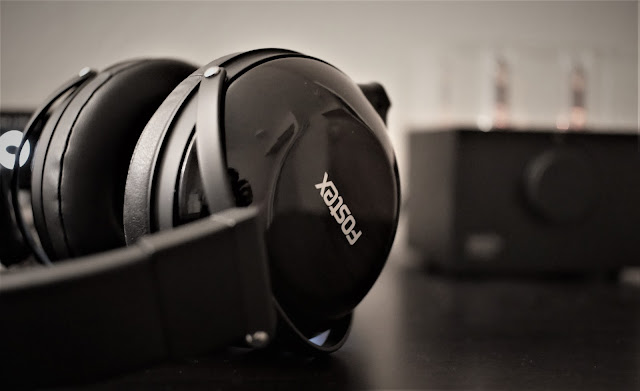 The Ebony was and still is a headphone I gravitate myself towards. It’s comfortable, relatively lightweight, and has a nice warm, rich sound that is well made for long listens without a great deal of fatigue. It’s still on the bassier side of neutral, but I was surprised to find it generally balanced. It’s a recommendation in my book, but unfortunately harder to find now since its been since discontinued.