The search for an upgraded planar magnetic headphone from my Hifiman HE560 has taken me all over the place, and for the longest time, I hadn’t found it, at least until now. After using the Fostex T50RP and various mods to it for a while, I upgraded to the Hifiman HE560 a few years ago and fell in love with it. It had a slightly brighter than neutral sound signature, with deep bass extension, and a clean mid and treble range. It had a better than average soundstage width, and good detail and speed, at least for it’s market price at the time – somewhere under $500 (presently $200-300), which is a mighty price drop from its original $899 retail price.

Despite loving the HE560, I’ve always been in a search for the next best thing, without totally breaking the bank. I went through several Monoprice Monolith headphones, a few Audezes (LCD1, LCD2, LCD-X, etc.), and even tried out the Hifiman Sundara, and Ananda, albeit briefly. I finally decided to take a chance on the Hifiman Arya.

The Arya takes the HE1000 series stylings with a teardrop-like shape, and paints it with an all black exterior, and a swivel-based headband that is essentially the same exact design as my beloved HE560. In the latest revision in the Arya I picked up, Hifiman also added reinforcing steel to their sometimes-weak plastic yokes on the headband, amongst a few other small changes to the Arya to improve durability such as carbon fiber internal baffles and moving the pad liners to the cup itself. 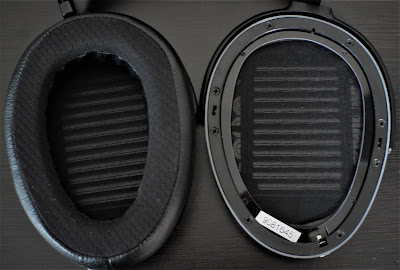 As I normally write a disclaimer around this point, I will quickly mention that the Hifiman Arya was my own purchase, and I picked it up from the great and friendly online store at headphones.com. It’s one of the dealers that I highly recommend checking out as they have a great selection of gear as well as the best return policy on the market – plus they’re just really nice folks.

The Arya has a neutral-bright signature that has quite a linear response up to about 2KHz and then peaks up in the upper mid-range and lower treble to about 5KHz and falls back down and has generally brighter than neutral treble response. I find that the Arya is really good at keeping most instruments and vocals at a level playing field, while also exaggerating some instruments a little more than others.

The low end of the Arya is one of the things that makes it quite special. As with many planar headphones, the response is very linear from 20Hz through all the bass and most of the mid-range to past 1KHz. Because it does extend low, and even past 20Hz, there’s a good amount of well-controlled, sub-bass rumble when the music, or movie calls for it.
Like the HE560 before it, I prefer to use planar magnetics for movies because of the deep bass and linear response that doesn’t push vocals back or too far forward as well. In the case of Arya, it works wonders for films and television, but also works really well when you want to not exaggerate any one thing.

Bass response is quick, clean, and articulate, with good amount of texture. It’s not going to compete with my other headphone – the ZMF Verite in terms of natural decay and textures, but it has good resolution and detail retrieval, while lacking slam and impact as compared to the Verite. That said, it stands well on its own.

The midrange, again, is linear and that means that some may find it a little lean, and some may find it too forward, especially as you approach the upper mid-range and lower-treble where it is a little more forward than some other headphones. I find it’s midrange tuning very coherent and pleasant, albeit a bit dry, and this may be due to its pinna compensation starting at around 2KHz instead of 1KHz.

Starting from the lower treble onward, the treble response is stays consistently elevated. This creates a lot of clarity and while this does tend to boost a false sense of resolution, the Arya is resolving nevertheless. I never sense any sibilance on any track. There are some occasional songs where cymbals and hi hats or any other harmonics in the lower treble may come off as a little sharp, but typically that’s more attributed to the recording than anything. The Arya’s tuning just exasperates it.

One of the best qualities of the Arya is its completely open airy nature. The cups leak out a lot of music, and also take in a lot of outside noise too. The trade-off is a fairly big soundscape. It’s not necessarily a large side-to-side wide soundstage, but there’s quite a bit of depth to the Arya’s representation of music. I find that imaging is quite good given the deeper soundstage, and separation benefits as well. 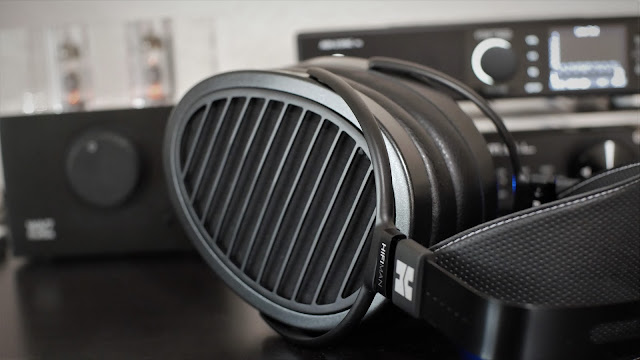 In the opening track of Norah Jones’ debut “Come Away With Me” album, the Arya presents each individual pluck during the opening of “Don’t Know Why” up close and perhaps a little harsh on a solid state amp (SMSL SP200). The harmonic resonance from each string can be heard with a natural sounding decay. Jones’ voice is dead center on this track, and sounds right in front of you, while the acoustic guitars are played at a distance on either side of you. The piano sounds like its placed right below Norah’s voice, which makes sense given she’s the piano player too. The Arya does a nice job with this song, as long as you aren’t sensitive to the upper mid-range and lower treble emphasis, as the guitars, piano notes during the bridge, and occasionally Norah Jones’ vocals can be very forward and emphasized.

In another acoustic track, Chris Stapleton’s “Millionaire” sounds very sterile, clean, and a bit lean for my liking. The flat bass and mid-range response doesn’t give Stapleton’s voice the type of lush, thick body that it needs. You still hear his grit and vibrato with great resolution, but some of the upper bass and lower midrange sounds a little thin overall. The bass guitar does have good extension and a slight rumble effect which does help give a small amount of low-end weight. Where the Arya does shine on this song versus some of my other headphones like Verite, is that it gives this song plenty of breathing space and like my previous commentary on Norah Jones, you can pick out every instrument and their location very well as the Arya does imaging quite good.

GoGo Penguin’s ambient/electro-jazz tracks is where I think the Arya really shine. In general, I think the Arya does wonderful in jazz and classical music. In “Raven”, the combination of Arya’s quick and nimble response makes the break-beat-style drumming in this song come off very articulate and precise, as I think is needed. In some other headphones with a warmer headphone response, the drum and bass section becomes a bit overly bloated, and too far forward and dominating this track, but the Arya’s flatter response here, makes everything on an equal playing field and makes each bass stroke have it’s own space to shine, and each drum beat come off clean and detailed, and the eerily-devasting piano takes over the spotlight when it’s called upon. 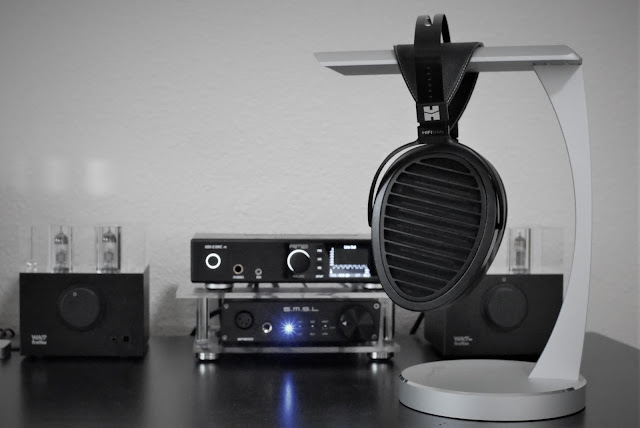 For those looking for a good reference, neutral-tuned headphone with good to great resolution, I think the Arya fills that spot quite well. There are some compromises of course – some may find the planar bass is lacking a little bit of natural decay and warm-richness at times. Some may find the upper mid-range and lower treble area to be too distracting, and some may not like the general dry presentation of the Arya.

But, if you’re like me; I am okay with all those compromises. I find its imaging to be very good and its open width and depth to be bigger than most other headphones that I’ve tried. It doesn’t necessarily beat the ZMF Verite in width, but beats it in depth and separation.

In fact, for how much I love the Verite for its warm, laid-back presentation that is still highly resolving with a good balance of slam, impact and speed, the Arya is almost a polar opposite in some ways – they are both highly resolving and have a generally fast transient response, but while the Verite is very colored, rich and lush, the Arya is neutral-bright and dry and sometimes a little thin. They go well as a 1-2 combo and that’s how, and why, I ended up with deciding to buy and keep the Hifiman Arya.