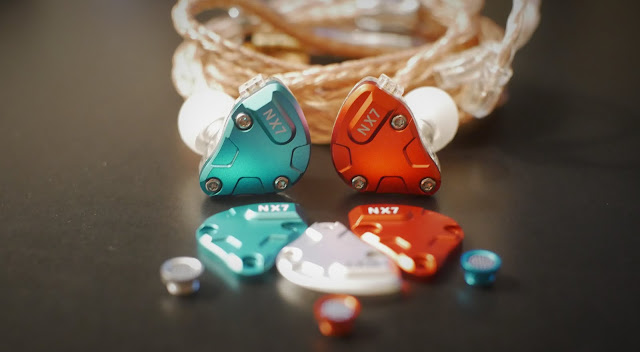 NiceHCK is an online retail store that I sometimes purchase items from on Ali Express. They carry other brands, but occasionally release their own branded products at typically very competitive prices. I’ve had bought a few of their ear buds in the past that feel and sound better than their bargain basement pricing.

In this review, I will be reviewing their new in-ear monitor (IEM), the NX7 Pro, which was provided to me by Hifigo.com.

The NX7 Pro comes with a multitude of accessories in its package. There’s a small heather gray soft zippered case and within that is a series of tips, 2 additional sets faceplates and 2 additional sets of filters and a tool to remove and install the screws for the faceplates. The NX7 Pro can be modified to appear blue, red, or silver or any combinations of the colors provided. I chose to make mine blue and red. These specific color plates match the filters which add bass, add treble, or keep it in its default configuration.

In addition, the NX7 Pro comes with a choice of 2.5mm, 3.5mm or 4.4mm 2-pin style cables. I chose to get the 4.4mm version and it is made of a copper colored 16 core braid. The metal Y-splitter, chin strap, and connectors on it are very nice and the cable is really soft and easy to handle.

In terms of fit, I found the NX7 Pro to fit comfortably and easily. The plastic shell is a little on the cheap-looking side of things and contrast to the nice shiny metal faceplates, but they are lightweight and do their job. 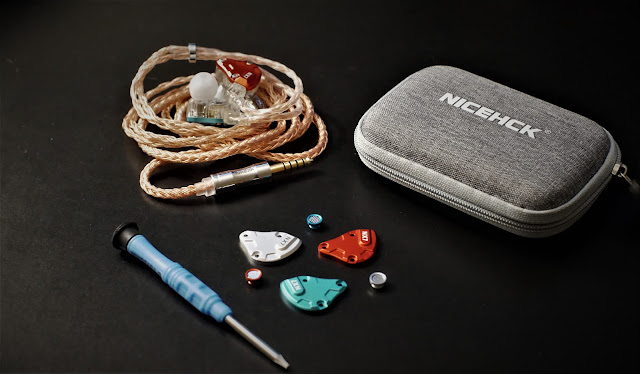 The default tuning on the NX7 Pro is definitely a V-shape. It has a large emphasis in both the bass and treble regions, and are much more than I normally prefer. The midrange is still present and isn’t totally lost in the mix. In general, I find this tuning fun, but just a little unnatural, and it’s more to do the large lift in the upper frequencies than anything else.

The bass can be thunderous on this IEM. When I put on “Bullet with Butterfly Wings” from The Smashing Pumpkins, the kick drum and bass guitar power through and slam with authority. The snare drums hit natural timbre and the overall decay sounds on point and is controlled enough even through the busiest portions of the chorus, with other instruments not over shadowed by the bass and lower mid-range emphasis.

Massive Attack’s “Angel” thumps with raw power while sounding controlled throughout the track, even as other instruments come into play. Again, the bass does overpower a bit and takes a lot of the command, but for a song like this, it’s fun, and it’s welcomed.

Bouncing around a bit, to the treble region; the cymbals on “Angel” don’t sound as shrill and harsh as some other songs. They aren’t heavily focused either, and not as forward in the track as the pounding bass attack, so it works pretty well on the NX7 Pro.

On Fleetwood Mac’s “Dreams”, the harmonics of the snare drum and the cymbals can become a little fatiguing with the treble region gain on the NX7 Pro as they sound very forward. Stevie Nick’s vocals are also forward, though I do not find them distorted or unnatural. The extra splash of the cymbals and hi-hats bother me a little bit, as well as the acoustic guitar strumming in my left ear during the bridge and chorus.

I found the NX7 Pro works well for music that stray away a bit from the upper frequency bands – rock music led by male vocals and dance music excelling in terms of a fun wow factor, and I surprisingly really enjoyed the elevated bass response for the most part. If you’ve read my reviews or know me any bit at all, you’ll know I tend to stray away from heavy bass headphones, but some things surprise me. 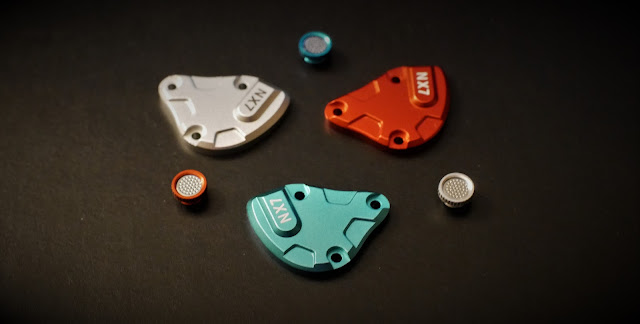 I think the NX7 Pro’s biggest flaw is it’s treble tuning. It’s just too bright. The filters don’t help this either unfortunately. The Red filter makes the upper mid-range and lower treble even more bright, while reducing bass a tad bit, and the blue filter makes the bass even more powerful. I preferred the default tuning.