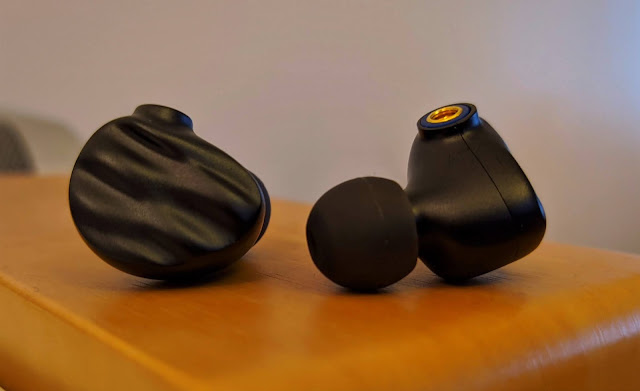 Hi everyone, this is a review of the WG T-one, a new $100 single DD IEM sporting a Tesla magnetic driver.
Full disclaimer: I was sent the WG T-one as a review unit from Linsoul in exchange for my honest opinions.

The WG T-one has a nice black metal shell with a ripple texture on its faceplate. It comes with an equally nice 8-core MMCX braided cable that has pre-molded ear hooks. The cable feels solid with minor cable noise and no cable memory. It additionally comes with faux-leather carrying pouch and 6 sets of tips, including a set of foams.

The fit is quite good for me. My only complaint is that the bore size is quite large, making the WG T-one fatiguing in ear after a couple of hours.

The T-one has a fairly balanced signature that leans towards being slightly warm. As the title suggests, the T-one is a jack of all trades. It doesn't particularly excel at anything nor does it do poorly at anything either. Conveniently enough, WG includes the frequency response of the T-one on the back of the box. I find that it matches what I hear reasonably well before that 10kHz mark.

The amount of bass in the T-one's is what I would consider a good balance between being too lean or bassy. A Goldilocks situation. While the subbass does roll-off towards the very low end, the bass response is elevated equally without any area standing out. The balanced bass response of the T-one presents a sort of double-edged sword. As nothing stands out, nothing truly draws the listener's ear to anything. Despite the fancy-sounding Tesla driver, the T-one's bass doesn't hit particularly hard though it does sound full. In crowded tracks, the T-one can feel a little blurry as bass definition starts to get lost in the energy of the drums. Tonally, the T-one sounds just fine.

The mid-range is elevated in the lower and upper mids with a dip in the middle. This allows for a warmer mids response giving body to instruments such as vocals, acoustic guitars, and electric guitars. "Lush", if you will. The dip in the middle followed by upper mids elevation provides a nice separation to bring out clarity in the vocals. Consequences of the dip mean that certain instruments that rely on this region are somewhat recessed. Notably, the lead line of synths are less forward and, depending on the setup, the crack of the snare. As with the rest of the T-one, the upper mids are also well balanced. Vocals are clear without being too forward or shouty.

Once again, it is well balanced. Present but not hidden. As the T-one's treble isn't too elevated, there isn't a sense of sparkle or crispness though it does have some decent treble extension. Personally, the treble is where T-one does the best. The T-one handles the attack, shimmer, and decay of hats/cymbals quite well. Typically, this is where the vast majority of IEMs fail for me as they fail some aspect of reproducing the delicate timbre of these instruments. In the T-one, these instruments are well-rendered if a little boring due to a lesser treble emphasis as a whole. While there is a 5kHz peak according to the graph. I don't have an issue with this peak; there is no sibilance or harshness in the T-one to me.

Average for what I'd consider a good IEM. Stage has a good amount of height and depth. Imaging is a little vague but has nuance beyond the flat 3-point left, right, center.

Resolution is solid for the $100 mark but nothing crazy. Separation is similarly quite good except during crowded bassy sections. 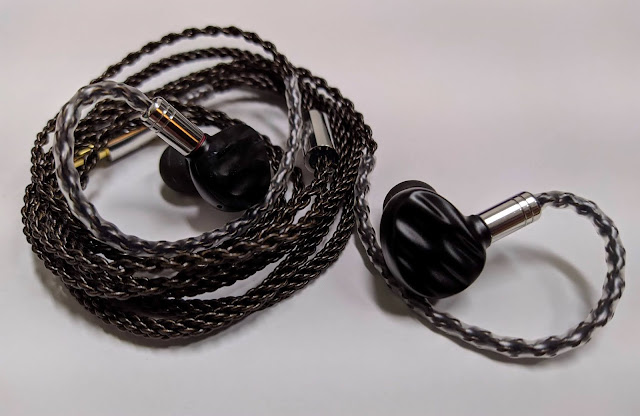 In both, I'd consider the soundstage, imaging, and separation to be about the same while the Starfield has better resolution overall.

The T4 is leaner and more analytical compared to the T-one. While treble is elevated in the T4, it can sound too aggressive and harsh at times compared to the more balanced T-one. The fuller low end response of the T-one also makes it smoother to listen compared to the T4, which feels like bass-boosted neutral curve.

The soundstage of the T-one is more well rounded than the T4, which is mediocre at best and flat at worst. Resolution wise, the T4 outstrips the T-one.

Should you buy it?:

No, but actually yes. To me, the WG T-one has no real flaws but it doesn't stand out either. To be honest, it made writing this review somewhat challenging as I was tempted to just say "Bass good. Mids good. Treble good." It's a very safe tuning and a very safe buy in my eyes. The downside lies not with the T-one but with how extremely competitive the IEM $100 market is. In the general $100 landscape, the WG T-one meets expectations for a solid IEM. However, the advent of the MoonDrop Starfield and Tin Audio T4 presents high bars to beat and the performance of the T-one simply falls short of their exalted status. That being said, I can recommend the T-one's safer, more balanced tuning as an alternative to the thick and bassy Starfield or the leaner, more aggressive T4. Ultimately, I did very much enjoy listening to the T-one for this review despite recognizing it's a half-step below the Starfield and the T4. It is good, just not great.