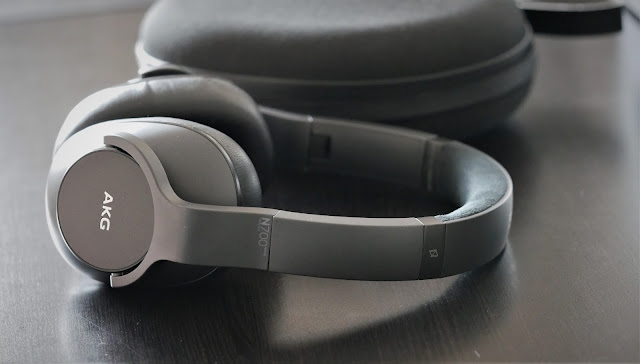 The AKG N700NC M2 is a new active noise-cancelling and wireless Bluetooth headphone that is also the second iteration of the N700NC series, which debut a couple years ago from AKG. As a quick primer to those who may not be aware of the history of the company and why it’s relevant to what I am about to write:

AKG is an Austrian audio company that has been around for a very long time and was later acquired by Harman International and became part of their audio portfolio. This company was later purchased by Samsung and AKG has since closed down its operations in Austria. Many of the former employees have formed a new company called Austrian Audio, but that’s another story for another day.

Many years ago, Harman International, led by Dr Sean Olive, started researching ideal sound curves – ones that targeted what people hear and what their preference was using a variety of headphones and settings, and over-time, adding more and more variables such as more headphones, music types, and ethnicity. Through this research and surveys, the team developed target frequency response curves that have seen many iterations through the years. The most recent target curves came out in 2019 for both over-ears and in-ears. Since Harman owns a variety of companies, they started implementing these target preference curves through their product lines in the past couple years.

AKG has seen the most abundant use of the Harman target curve as far as I know. Other brands have also started using this research in their product lines, such as the Chinese brand Moondrop. AKG has implemented this target on many of their newest products including the Samsung Galaxy Buds, Buds+, AKG K371, and the N700NC that we will be looking at here.

The AKG N700NC M2 comes with a carrying case that is small and compact and has pockets for accessories. It also comes with a USB-C cable, and a cord for using it passively and wired. As noted, one of the major changes between the original and the M2 model is USB-C, as well as the darker colorway.

The headphone itself is generally compact and folds up neatly to fit in the case. The cups can swivel left and right, and there’s a good amount of extension available on the band itself of various head sizes. 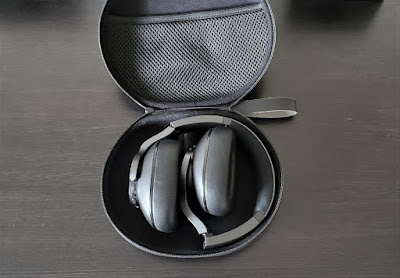 On each cup are a set of buttons. The left cup has volume buttons and play/pause button as well as the 2.5mm jack for using the included cord. The right ear cup has the power button/slider, the USB-C port, and a button that can control either Ambient Aware mode or TalkThru mode.

One thing to note here is that Active Noise Cancelling mode can not be disabled. It is on all the time while you are using wireless mode. You can run it passively without ANC or power on though. In addition, turning on Ambient Aware mode will turn on the mics to let you hear around you which nullifies some of the ANC effects.

There’s also an available app on the Android and Apple market stores that allows the user to control what that button is assigned to, as well as an equalizer setting with save slots.

In actual usage, I found the comfort level to be average for most headphones I’ve used. This is primarily due to the cup and pad size. Most of the headphones I normally use have significantly larger diameter cups and pads, and so using a portable headphone has it’s limitations in this department.

I think the comfort and pads are comparable to other wireless active noise-cancelling headphones like the Sony WH-1000XM3 and the Bose QC35 and NC 700 series. My previous portable, the Sony H.Ear On 2 WH-H900N had slightly larger pads and cups and also softer pads, and they are a step up on comfort.

The Bluetooth range seems quite good. I was able to walk a good long distance away from my phone while still retaining unaltered sound and no disconnections. I can easily walk from one part of my house to the other without a problem. The AKG N700NC M2 does not support Apt X, Apt X HD or LDAC though, and so it’s limited to SBC and AAC formats, and Samsung Variable codec for Samsung devices, which is what I primarily used with this headphone. 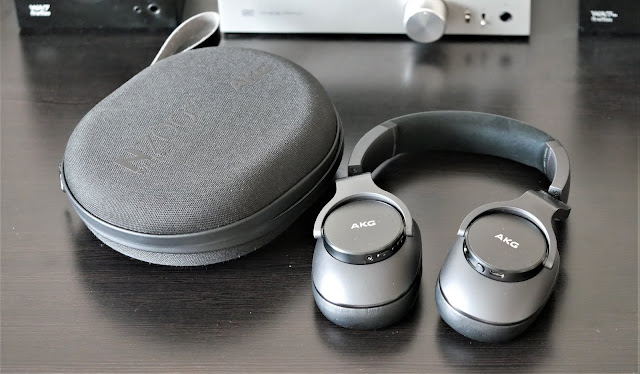 This sound review is going to be primarily with it being played wirelessly using Bluetooth and the Samsung Variable Codec which is exclusive for Samsung phones. I did play it on the normal subband bluetooth codec (SBC) using my Sony NW-ZX507 digital audio player, but only for short periods of time.

The AKG N700NC M2 has a thunderous elevated bass region, mainly focused on sub-bass, and doesn’t have any semblance of mid-bass bloat. The mid-range can sound a tad thin at times, as it’s slightly recessed, while the upper-mid-range and lower-treble can come across as shouty, forward, and a little harsh at times, depending on your recording. Now that said, I find it to sound pretty good, especially for a consumer-level Bluetooth headphone – it’s actually excellent.

Bass hits with a decent amount of slam and speed. Decay is on the faster side, and there’s a lot of rumble when you turn up the volume, especially on a track like “Lose Yourself to Dance” by Daft Punk, where each kick drum hit has punch and vibrations along the pads. Because low bass notes seem rather controlled, I didn’t find too much bleed off despite being the response being so elevated.

The mid-range is a little thin. I feel this is due to the upper-mid range and lower treble being so peaky, especially around 3-5KHz where it’s quite elevated with respect to the rest of the mids that it makes the majority of the midrange taking a slight backseat. Female singers are more forward and presented much better than deeper male singers due to this.

Treble is extended pretty well. There’s a good amount of air in the presentation, and sometimes in modern pop recordings, there can be a little bit of harsh shrill, however, for most recordings, I don’t find any problems with the way the upper range is presented. In fact, I think it’s exciting and clear, though some may not appreciate it’s brighter sound.

The soundstage width is slightly wider than most headphones, and sounds spacious compared to most closed-backs. Depth is a little limited, but is an area where cheaper over-ears don’t excel with anyway. Resolution is average. It’s limited by Bluetooth, so keeping that in mind, I think it’s as good as many other Bluetooth headphones out there, if not surpassing many.

A good example is London Grammar’s “Truth is a Beautiful Thing” album. The album is led by the powerful female voice of Hannah Reid, with a backing band making a large, wide soundscape of blissful sound that really exemplifies the strengths of the headphone – it’s powerful sub-bass performance and it’s airy treble presentation, along with the upper-mid range that highlights Reid’s talented singing style.

Michael Jackson’s "Thriller", to me, is quite fatiguing with this headphone. There’s a ridiculous number of high hats, clicks/clacks, rattles, and cymbal splashes on this album, that I find too elevated with the treble presentation on this headphone. This paired with Michael Jackson’s higher pitched voice makes a pairing that sounds pretty nice at first, but not something I’d want to listen to for hours at a time.

My favorite jazz recording, probably ever, is Vince Guaraldi Trio’s “Live on the Air.” The AKG N700NC M2 sounds nice with this piano-centric jazz album. The piano notes are presented rather close and intimately but the backing band is quietly placed behind the scenes. There are times when Guaraldi’s harder pressed keys come off a little heavy, but for the most part, I think the N700NC M2 does well here. 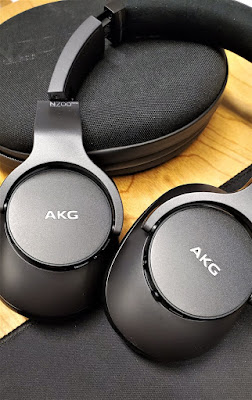 I didn’t spend a lot of time or really much at all talking about other headphones in this portable wireless class, but I have tried pretty much every popular model on the market in the past couple years for various levels of listening and time. My favorite up until this point was the Sony WH-H900N, which I found to be extremely under-rated and flew under the radar to it’s more expensive brother, the WH-1000XM3. It’s more neutral-sound signature was more pleasant to my ears than the bloated messy 1000X series, which is also the case with the Bose lineup and most of the other brands.

The AKG N700NC M2 may top the WH-H900N in sound presentation and quality despite not having LDAC. I found it’s bass to be more textured and rich, while more subbass emphasized like I like, and it’s treble more even, though at the same time more elevated and possibly more fatiguing.

The ANC capabilities are similar with perhaps a slight edge to the Sony WH-H900N, and a step below Bose and Sony’s 1000X series. That said, it works for most all situations I’ve encountered where I can’t hear outside noise at all and people have to tap me to get my attention.

The AKG N700NC M2 gets my vote for a recommendation for a good balance between portability, noise cancelling and sound quality for this class of headphones, and should be on your radar.