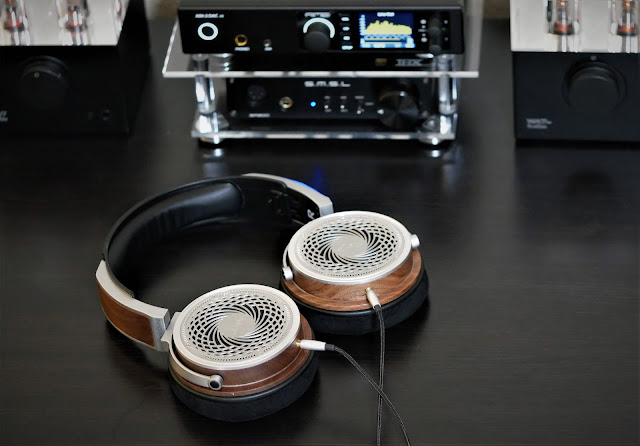 The HarmonicDyne Helios is a new headphone developed by Thieaudio with a new branding. It’s an interesting headphone that’s going to be priced around $150 USD with it’s large 50mm dynamic driver, wood and metal structure, and warm tuning.

The Helios was provided to me by Linsoul for reviewing purposes. This item has not been released yet, but the version I am critiquing is supposed to be the final tuning. The packaging that was shipped with this pre-release version was rather minimal – just a carrying case, the headphones, and a set of cables.

More info about the HarmonicDyne Helios can be found here: https://www.linsoul.com/pages/harmonicdyne-helios

The Drop.com link to the headphone is here.

The headphone is made of a mix of aluminum and plastic headband, walnut cups, and stainless-steel grills.  The grill reminds me of a ZMF Verite grill but not quite as striking and intricate. That said, the lattice work and the spiral-graph look is charming, with the centerpiece being an etched HarmonicDyne Skyline logo. This same logo is also featured on the Y-split on the fabric cloth-wrapped headphone cable.

The Walnut cups are pretty light weight, however the entire headphone is about average weight. The headband does a good job of supporting on the head, though I am not a big fan of the way it looks. The walnut wood added to the lower portions of either side of the headband make the general look of the headphone rather tacky, and reminiscent of wood paneling in a 60s-70s era house, and that’s not something to be fond of. In addition, the plastic portion of the headband frame doesn’t really fit with the more premium looking parts of the headphones.

The pads have a very soft and nice texture to them that makes them comfortable against my face and head. The problem I have with them, however, are that they are too shallow, and the combination of clamping force of the headband and the pad depth, makes my ears rest up against the drivers which becomes rather painful quickly. 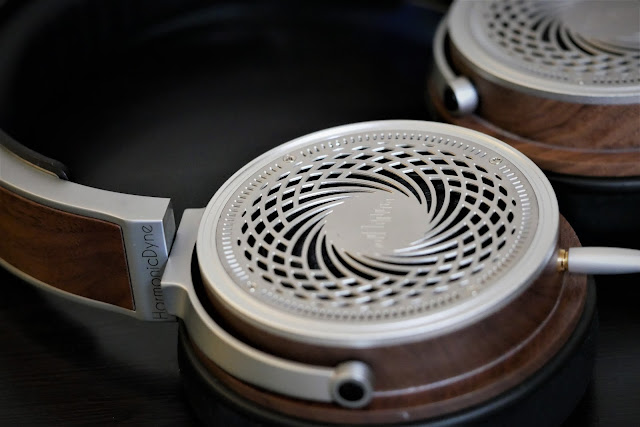 The Helios is a headphone that focuses on a warm and engaging listen that can sometimes get a little messy and congested, but otherwise, actually sounds inviting and lively and doesn’t falter heavily, which is good news for a company making their first dynamic driver headphone.

The bass region is elevated several decibels above what I call neutral, which for headphones is a flat response. I find that the driver has very average microdynamics here. It slams with some impact, but it also doesn’t quite have the body and decay that I thought it would given how much rise there is in the bass response. The bass is a little uncontrolled at times, and not the most resolving and texture-rich.
I must remember that this is a $150 headphone, and so it’s going to have to be compared to it’s contemporaries like the Hifiman HE4XX/400i and the Sennheiser HD58X/6XX series. In this regard, I feel like the bass response is the most rich and elevated of this bunch, but is also the least clean and precise.

The mid-range is warm, lush, and engaging. It’s actually an area where I do find the Helios to be pretty good. It’s forward, and sometimes very forward to the point that I feel like it does not handle busy tracks so well. But in acoustic music or just, really at lower listening volumes, this doesn’t seem to be an issue and while it’s an intimate affair, it’s not too claustrophobic. The same can’t be said in the opposite case – when there’s a busy section in a song, or if you listen at a higher volume.

I found this especially troubling coming directly from the Hifiman Arya, which is forward, but has good imaging and separation ability, to the Helios immediately after and find it driving directly into my head. When I pulled the Sennheiser HD600 out, I still found the Helios to be more forward, noticeable, than the HD600, which is a headphone known for a smaller, but very natural soundstage.

Treble is where I think the Helios stands out. It is elevated, but not to the point where I find it distracting. In fact, it provides a good balance to the elevated bass, without coming anywhere near being harsh, peaky, or sibilant. In comparison, the Sennheiser HD6X0 series could use a little more treble to offset is upper-midrange thickness, the Helios goes about making the treble region more inline with the HD800 series, but without any sharp peaks, or the resolution.

As mentioned before, I find the soundstage to be rather narrow, with a very forward and almost shouty attack. Congestion is a problem with the Helios, and a bass that seems sometimes a little blunted. Resolution isn’t the best, but it’s not far off the some of the competition at this price range, with something like the Hifiman planars leading the way here. Tonality and coherency is actually pretty good most of the time, and I find it less veiled than the Sennheiser series (similar price range). 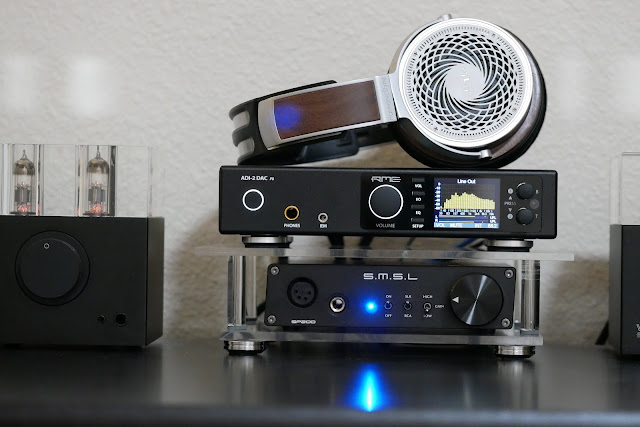 This record shows off a lot of the nice parts as well as the not-so-nice parts of the Helios. The extra bass response gives many of the tracks on this record a warm touch, while the small and subtle treble gains give the electronic soundscapes a need breath of air. That said, the mid-range sounds rather shouty and forward.

In a song like “Fragments of Time”, Todd Edwards’ vocals sound like there are blasting directly into my ears. The bass sounds a little bloated and blunted. The cymbals and hi-hat strikes have a nice quick transient response though, and don’t come off as shrilly or grating.

Slash’s opening riff in “Sweet Child of Mine” blares into my ears, while Axel Rose’s vocals are just slightly behind it. This song, as is most of this record, has a lot of guitars, effects and reverb, banging drums, and Rose’s far reaching vocal range coming at you all at once, and I think the Helios does a pretty medicore job of handling it.

The warm body is welcome though, and has a nice thickness to it that I find sometimes lacking in listening to the Hifiman headphones I’ve tried in the past. The extra bass response gives a little more impact than the HD600, however, the shoutiness of the mids and the congestion on the Helios really makes this album hard to listen to – and remember, I listen to headphones generally quieter than most. The louder you push the headphone, the worst the effect.

The Helios actually does this album justice. In the ever-awesome, “Fade Into You”, the elevated bass response gives a lot of needed body to the song. Hope Sandoval’s vocals are pushed forward but since it wasn’t necessarily forward to begin with, it doesn’t come off shouty, but instead, you get to hear her emotionally quiet vocals in full effect.

In “Five-String Serenade”, the bass guitar gets an extra oomph that I feel is very welcomed. Decay sounds generally natural, and again, Sandoval’s vocals don’t’ come off shouty here. The tambourine does sounds a little sharp at the beginning, but after listening to it’s rhythmic beat over and over through the song, its sharp effect does become more manageable.

Each song on this album is as intimate as ever, and this is the most apparent on “Into Dust.” The bass and strings section’s decay and harmonics pound into you, while the vocals are essentially within your head. The Helios could use a bit of soundstage help overall. 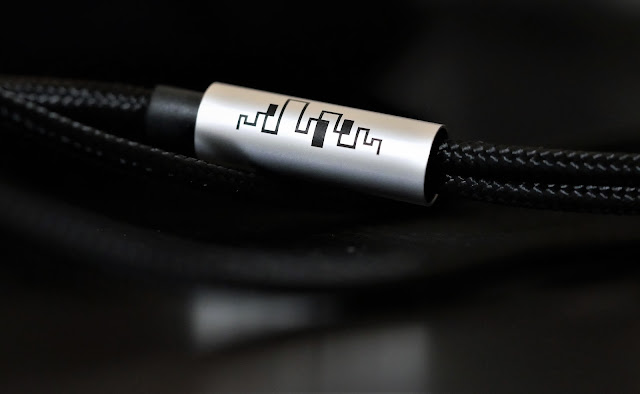 The HarmonicDyne Helios is a new entry for Linsoul and Thieaudio – an over-ear dynamic driver headphone. It shows a lot of promise, with a warm and engaging signature, and a pretty nice treble region, but falters a bit with a small soundstage that can become shouty, congested and a little bloated at times as well as the tight clamping force and shallow pads that made listening to these for long periods of time challenging for my head and ear shape.

There’s still a lot to like at its initial offer price of under $150, but there’s some tough competition at this price point when you look at the Drop.com collaborations ranging from $150 to $200.  It still a well-built headphone, with some premium materials used, albeit in an odd fashion that may not appeal to some. 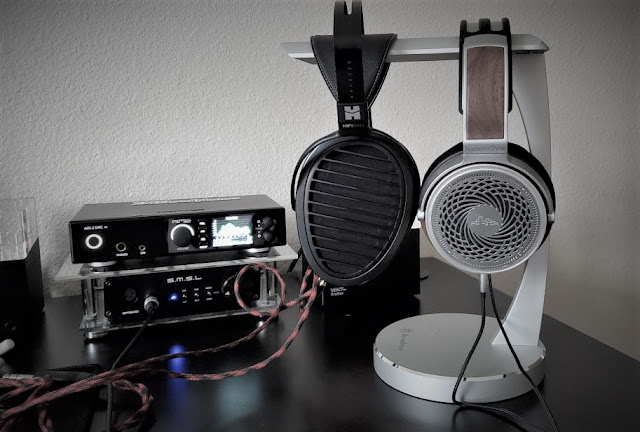 The following is an affiliate link to Drop's HarmonicDyne Helios page: 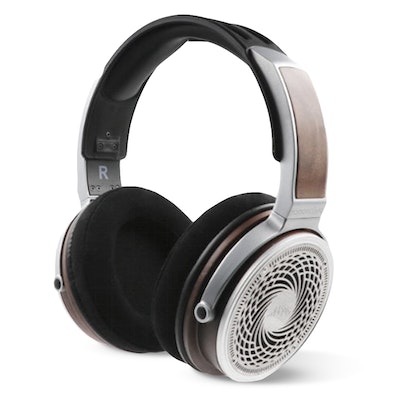