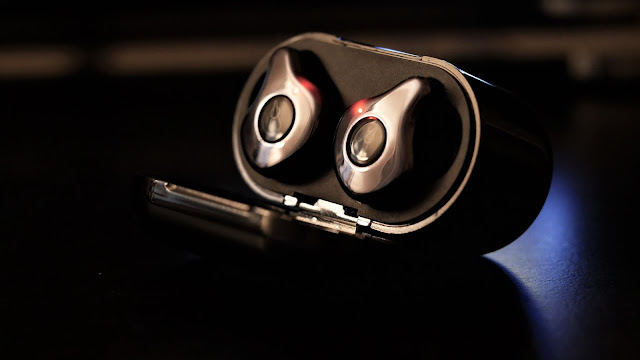 This quick review is for a true wireless ear phone from Sabbat called the E12 Ultra. I have never used anything from Sabbat, let alone the E12 or E12 Pro models. This will be my first time using anything from this brand.

The product was provided by Linsoul for review and can be found online here:

The E12 Ultra is a very lightweight true wireless (TWS) that comes in a nicely designed shell that fits perfectly in my ears with the default tips. The center logo is actually a push button that can control pause/play and answer/hang-up on your phone. Immediately below the button is the mic.

The case it comes in also acts as a charger, as is the case with most true wireless earphones these days. What is nice about this case is that it also can be charged with usb-c or on a wireless qi charger. I had no issues charging it on the various pads I use to charge my cell phone and Galaxy Buds and watch. The case also has a LED light indicator to tell you it’s battery level, which is a nice touch.

Connection was never an issue for me using these. The earphones use SBC, AAC and Apt-X however no Apt-X HD or LDAC support. 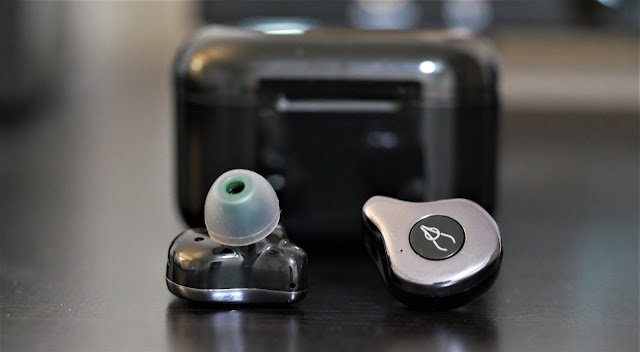 The overall sound signature of the E12 Ultra is warm, bassy, and v-shaped, but the treble region isn’t too hot, and can actually feel laid-back at times. Bass on this unit is very elevated and lacks a lot of resolution and texturing, but does have a good amount of decay that can give you the “feels.” There’s impact and slam when called upon.

I didn’t experience too much bloated muddiness, and the mid-range has a nice thick and lush sound to it while the upper-midrange has the right amount of pinna compensation to make me satisfied without overly exaggerating it. The same goes for the treble region, where there’s just enough to compensate for the bass boost but not enough to make it a stand-out V-shape signature that is often times too harsh and/or sibilant.

Soundstage is on the more intimate side on the E12 Ultra and imaging isn’t very great. The lack of resolution probably doesn’t help things here.

The two true wireless in-ears I have currently are the Samsung Galaxy Buds and the Sony WF-1000XM3. Both have different signatures than each other and to the Sabbat E12 Ultra. The Sony WF also features Active Noise Cancellation which drives the cost up to over $229, while the E12 Ultra is only $79, making it less than 1/3rd the price of the Sony and 50% less than the Samsung Galaxy Buds.

The Galaxy Buds have a thinner sound when compared to both the E12 Ultra and the Sony, and also has the more forward upper-midrange and treble. I found the resolution to be improved versus the E12 Ultra as well as having better imaging and a larger soundstage.

The Sony WF1000XM3 has a more comparable sound signature to the E12 Ultra with a more warm and rich tuning. The Sony model, however, has a more laid-back sound than the E12 Ultra, and also has less bass elevation, with also better resolution and imaging. 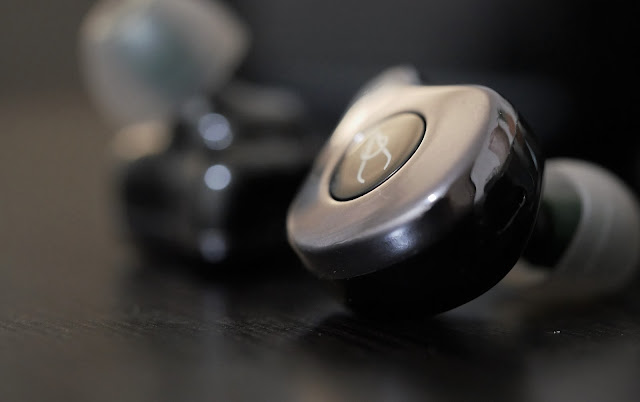 The Sabbat E12 Ultra is priced at $79 and I find it quite serviceable at this price point. It’s quite a bit cheaper than the other True Wireless in-ears I own and it’s biggest drawback is that it’s resolution and imaging aren’t on the same level, and that it’s bass can be a little dominating at times, however I found it very warm and enjoyable for the most part.

The comfort along with it’s wireless charging case make this stand-out and I am mostly surprised and enjoyed using these during the past month carrying these around for reviewing instead of my normal Galaxy Buds I use for on-the-go usage. (I still prefer Galaxy Buds over E12 Ultra).