The Shuoer Singer is a dual-driver bullet-shaped In-Ear Monitor (IEM) that is one of the newest in the brand’s lineup of in-ears. This blue bullet houses an 8mm dynamic driver and what they call an “electrostatic” driver, though it’s not a true electrostatic as you’d expect from say Stax or Shure’s KSE series.

This $75 earphone was sent to me by Linsoul for a review. They can be found on their website here: https://www.linsoul.com/products/shuoer-singer

The Singer isn’t really that good. I’m just going to throw that right up front so you can continue on if you want or not. First, the cable looks nice with it’s copper braid appearance, but in reality, it is a little janky at times, and tangles easily, for whatever reason. The included cable is defaulted to 2.5mm on the connector end, which is a little unusual, with a 3.5mm adapter included in the box. This could lead to confusion and trouble for potential users who do not know what a 2.5mm balanced cable is meant for.

Finally, the sound, it’s just not very good if you have any inkling for mid-range sounds, proper timbre and any sort of normal tonality. The one or two things it does do decently well are having a natural decay speed and decent soundstage width and imaging.

But the general sound signature is just mediocre in that it’s too heavily bass and treble directed that it completely scoops out any semblance of mid-range timbre that everything just sounds strained. It’s heavily v-shaped, to the point where I really don’t enjoy it. The treble and upper-midrange sounds shrill and bright, though not necessarily harsh or sibilant – it just shrieks in a way that doesn’t sound quite right.

The Singer does come with an additional set of filters to slightly change the tuning. Sticking those on, actually makes these sound worse. With the blue filter, I found the bass to become overly muddy, and even less defined, while slightly toning down treble shrillness, albeit lowering resolution and just creating a bigger mess. 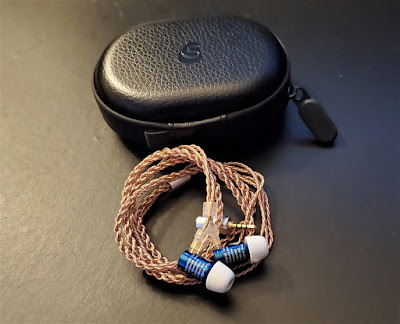 I tried to see how I would appreciate the Singer across various genres, and I haven’t really found something that I enjoyed with these. Everything just sounds tonally off to me, and therefore, in this quick review, I really can not recommend the Singer at all.