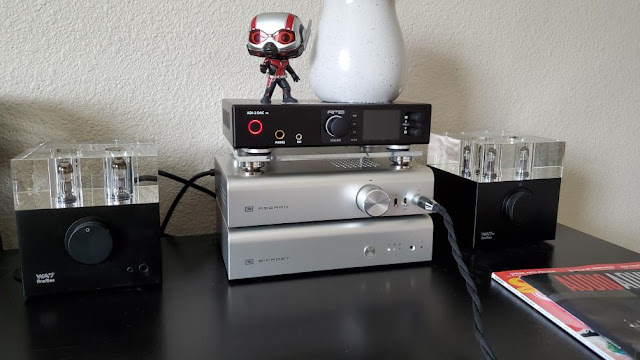 The Bifrost 2 just arrived this morning and I've had a few hours with it now using it versus the RME ADI-2 DAC v1.

Both use the same Monoprice USB cables to my Intel NUC PC directly. I used the Schiit Asgard 3 as my headphone amp, and on the input, I used RCA Y-Adapters to let both inputs feed into the amp from the two DACs at the same time.

I then volume matched, by ear (though I guess I could have just used my measurement rigs, but lazy) the RME output to the Bifrost 2 output.

Then I listened using the ZMF Verite open-back and the Hidition Viento-R IEMs. 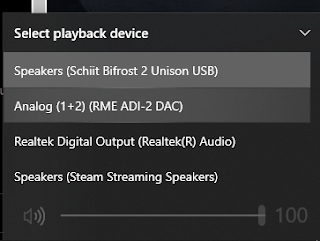 The RME sounded just slightly more aggressive in the way the qdc Anole VX sounds a tad aggressive compared to something like the 64 Audio U12T though not as discernable as those two are.

The RME just sounded more forward, especially in the upper-midrange or lower treble areas. The Bifrost 2 has just a slightly more deeper soundstage, which put Stevie Nick's voice just slightly fainter and deeper than the RME on "Dreams."

On Tool's Pneuma, I found the differences of how cymbals and hats and other random things Dany Carey clacks on to sound discernibly different between the two DACs. The Bifrost 2 sounded more natural in those hits -- with more natural decay and timbre at least to me. The RME sounded fine, but just a little more edgy, which may be the best word to describe it.

On many songs, I couldnt determine any differences between the two. They sound quite similar. I tried to find differences on Radiohead's Paranoid Android, but didn't hear anything absolute, for example, besides the slightly different intimacy -- with the Bifrost being less forward.

Of course, the RME has some really nice features and fancy visualizers and screen, as well as volume control on the remote, so there's definitely a place for it -- not to mention it has an amp stage for both headphones and IEMs -- but for the very short few hours I've had both, I think the Bifrost 2 is more natural sounding in the ever so small amounts (the last few % that we talk about).