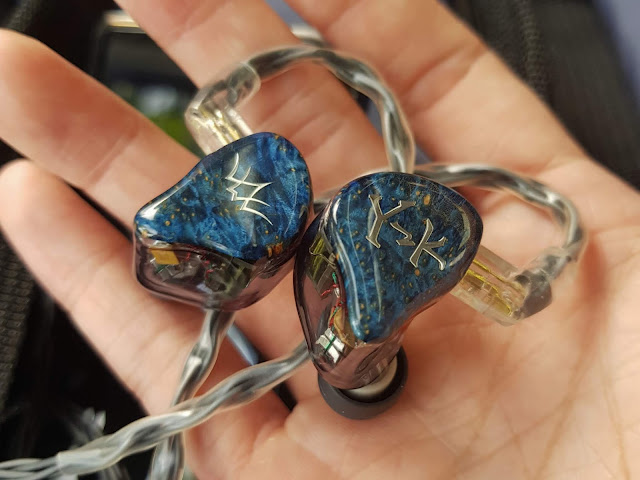 This unit's faceplates are not final production!

About the Author
Big thank you to Antdroid for being gracious enough to let me post on his website. For those unfamiliar with my content, I mainly post on Head-Fi as a reviewer but I am also known for dishing out impressions of IEMs I have heard.

Sound
I'd describe the Dawn as neutral with a clean subbass boost. Very slightly warm tonality for that sense of naturalness. Overall really solid tuning that I identify with. Subbass reaches down low albeit can use even more definition. Maybe I'm just being unrealistic at this point. Midbass carries a good punch without bloat. Upperbass bloat isn't present. For low volume listeners like me, this makes total sense in terms of tuning. I get bass without turning it up. Midrange is just as well tuned as the bass - it does have have a small hump at 1-3khz that benefits it by allowing for clear, more forward vocal voicing. I don't find it thin. YMMV.

Treble region does carry some peaks from 3-10khz. Occasionally in some songs the treble does jump out suddenly. But I don't think it's a problem. Could use more upper end air but due to the sufficient overall lower and middle treble, it isn't a big concern; but certainly something that can be improved upon. The EST actually does nothing here. It has very close to no output next to its very much more sensitive woofers and tweeters. On a technical level the Dawn does perform good. Spaced out instrument separation though the presentation is more "diffuse" where the sound is closer and larger than I would like, especially with bass transients at times. Its a little unfocused sounding. Transient response wise, I do just wish this impacts a bit harder. If not it's dynamics are quite well in line with majority of IEMs out there. I don't think I've heard the IEM that has the dynamics of a speaker yet.

By frequency response the 300-1000hz range is kept rather "flat" and free of bloat. I do think it's a key point with the sound design of the IEM. As noted by my own preference curve, I enjoy IEMs flat in that region. It keeps the bass clean and free of bloat. I've thrown all my genres at it and it works with everything. I had doubts with the bass boost (as seen on graph) but in reality it was not boomy nor overwhelming for me. It's at a satisfying level.

Timbre is on the smooth side of things. Got accustomed to the treble peaks quickly. In an ideal world I would ask for even more resolution with even lesser transient smearing (which it already performs well in) but I guess I'm being too unrealistic. Can be even more detailed if this had further treble extension. Lacks a bit of the "zing" from cymbals at times.

Definitely one of my favorite multi-BA sets. Fabulous effort from both Crinacle and Fearless here.

Comparison: 64Audio U12T
Since Crinacle mentioned to me that the Dawn was to compete against the u12t, I set out to AB and compare them. The u12t is a warmer monitor. The u12t's bass is a bit more authoritative and has more midbass and warmth. Though I'd note the 64 IEM has the edge with better slam and dynamics. The Dawn picks up where the u12t lacks in: the uppermidrange. I personally do hear the u12t as being dipped in the uppermidrange to lower treble region. The Dawn more accurately reproduces the harmonics in this region than the u12t. Hell, the u12t can sound a little veiled next to Dawn.

The other stark difference was in the upper treble. u12t has a spike in the upper treble which lends higher frequency instruments like cymbals a certain "zingy" quality. The Dawn completely has an absence of this treble quality. This zingy treble and the hard hitting but fast bass is what gives the u12t a "wow factor" whereas with Dawn its something that grew on me over time. I do think Dawn does impress with its tonal balance but there isn't a "hook" to the sound at first. The Dawn is understated. 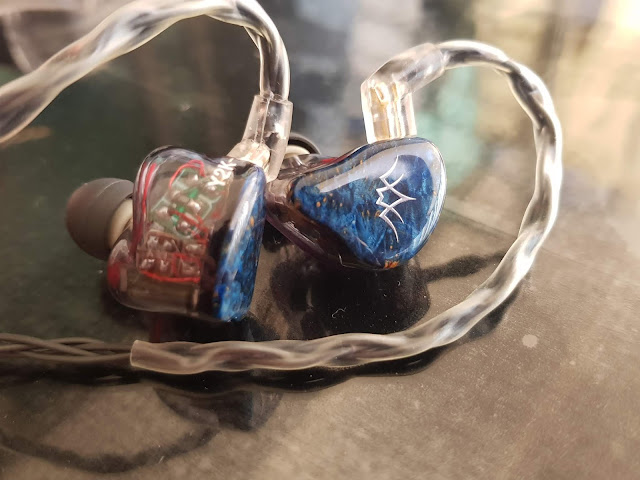