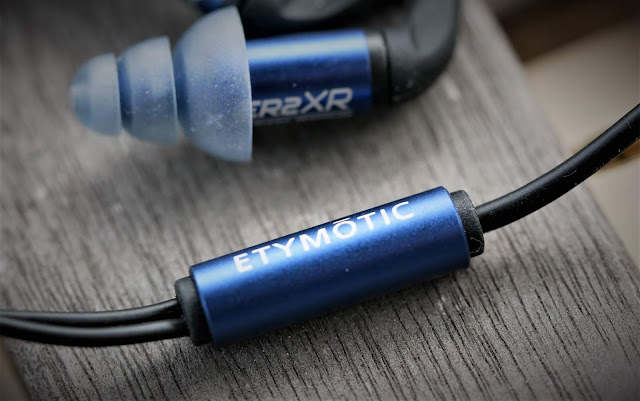 Etymotic has made high value in-ear phones that push good resolution and a highly controlled and highly isolating sound to people for many, many years now. Over the past few years, they’ve slightly deterred away from their traditional diffuse-field-like take on sound target, and added a more consumer friendly bass bump that adds more bass extension and slightly elevated bass response in a line called the Extended Range series, or also known as the XR series.

The XR line is available on all their current generation premium models, such as their flagship ER4XR, as well as the lower cost ER3XR and the dynamic driver ER2XR. In this quick shoot-out, I’ll provide my analysis and impressions of all three and let you know which I ended up choosing in the end. The results may surprise you.

The ER2XR has been discussed in a previous review where I discussed the ER2SE and the ER2XR. This is Etymotic’s dynamic driver-based in-ear which comes in at about $129 normally on Amazon, though it’s MSRP is really higher than that. The ER2XR’s bass in comparison to the others is significantly more lifted, and it’s quite noticeable as it does transition further into the mid-range making it the warmest sounding of the bunch. Since it also has a dynamic driver, I feel like it’s sound does come out as more natural sounding with slower decay and resonance than the other two, which are balanced armature drivers and have quicker speed.

The main knock down I have on the ER2XR is that it’s a step down in resolution from the ER3 and ER4, though not but a lot, and its more lifted bass shelf, gives it a more smeared sound, with less definition in the lower mid-range, although some may prefer this for a more thick and engaging sound that makes it differ a lot from every other Etymotic I’ve ever tried. 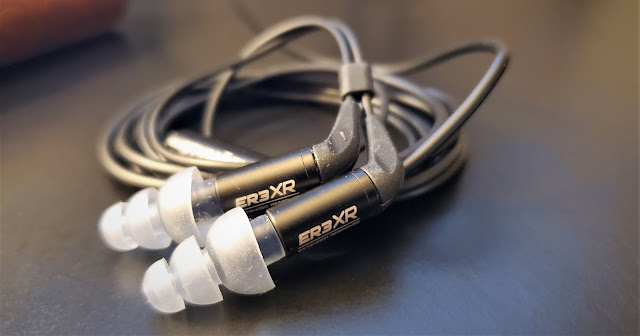 The ER3 series is a lower cost version of the ER4 coming in between $149 and $179 USD, with some small tweaks. At least that’s how I’ve read anyway. Whether if it’s all true or not is another story. The main differences that have been confirmed are that it’s built in China and it has lower tolerances for channel matching than the ER4, which is also made in the USA. The ER3 also measures slightly warmer and laid-back, though if one were to use a 23 ohm in-line adapter, the ER3 measures nearly identical to the ER4, which leads many to believe that the main difference is an additional resistor in the ER4. There could be different BA drivers employed too however.

Anyway, the ER3XR is the most laid-back tuning of the 3 XRs. It has the least amount of shout and lowest rise at 3-4KHz, and also downslopes steeper into the treble region, making it also the darkest of the 3. That’s not to say it’s dark sounding. It’s not. It does lack some energy that the other two have however if you crave that.

The ER3XR also has a slightly higher bass boost over the ER4XR but still well below the bass shelf over the ER2XR. It’s still a BA driving the low end, which gives this a nice balance of bass rise and speed and that helps give this a little more definition than the ER2XR, and a little more emphasis than the ER4XR.

The ER4XR was the first of this series and also commands the biggest price, at around $299 to $349 USD. It has the highest channel matching tolerance, which extends matching throughout the frequency response and not just up to 1KHz. It's also made in the USA, unlike the other two. The other major difference is that it comes with more accessories, including a second set of each tip choice, and a larger zippered protection case as well as the small zippered pouch that comes with the other two. This larger case has internal zippered pockets that can store accessories and other goodies and is even large enough to carry my Digital Audio Player along with the earphones and more.

In my opinion, the ER4XR is the leanest sounding of the bunch, although, some may prefer that it has more energy up at 3KHz and a little more treble overall than the ER3XR. This keeps it from sounding a touch dark like the ER3XR does. I find that the ER4XR can be a bit shouty and the 3-5KHz range peaks a little more than I like, given that the bass response isn’t as elevated as the other two. In general, while I find it is the clearest and cleanest of the units, I actually find it too be the most difficult to listen to.

So, which did I end up liking the most?

After going through all the pros and cons of each, I picked the ugly duckling here: the ER3XR, which probably gets the least consideration of the two. The ER2XR is liked because it has a dynamic driver, and the ER4XR is the flagship product, however I find the ER3XR is the best balance of the two, with a slightly elevated bass response and the least amount of 3K rise that gives it a more comfortable listen. Yes, it’s a tad darker than the other two, but I’ll take that over the sharper rise as it doesn’t create a fatiguing listen for me.