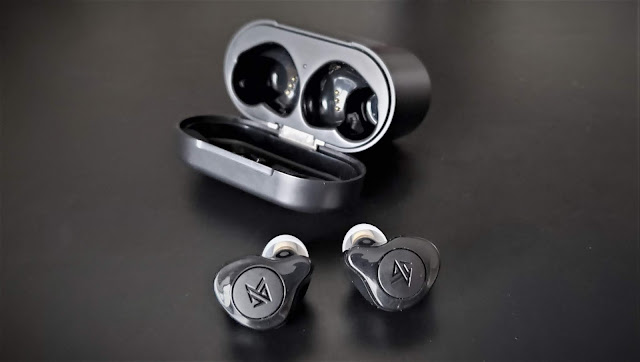 Fc-construct posted a mini-review of this earlier on this blog and you can read it here.

This is my personal impressions of this new true wireless in-ear from Knowledge Zenith, labeled as the S2. It's a super cheap, budget true wireless and is about as cheap as any one I've seen yet starting at $29 at the entry early bird price on Indiegogo, and will fully retail at $49 on Linsoul.com.

The KZ S2 comes in a small box that comes with accessories such as different sized ear tips, a USB-C charging cable and instructions. The actual earphones are tucked away in the charging case, and should be pre-charged on opening.

The case itself plastic and lightweight. It has a USB-C charging port at the bottom and does not feature wireless charging of the case. Like most true wireless earphones, the case has connectors that allow the IEMs to be charged during storage.

Pairing was generally easy. As soon as you open it, it's ready to pair with your device. In my case, I did have to try a couple times, but it eventually paired with my Samsung Galaxy S10e. On Android 10 and above, AAC is available by default, at least on my device. On older Android devices, only SBC is available.

I tried leaving this paired to my phone and playing music and walked around the corners of my house and never lost connection or had any stuttering of music across 3 levels in my average single family home.

Well, my first impressions are more favorable towards the budget price, the technology, and the capabilities more so than the sound. When comparing it to IEMs that are wired, at even lesser cost, I find the S2 lacking. I wouldn't expect a lot from this if you're interested to be honest. The bass is very blunted and muddy. There's more quantity and almost no quality down low. The mid-range is recessed, and the upper end is sibilant and very strained. It sounds low-fi and it is. It takes on a very V-shaped sound signature that sounds very poor for non-modern pop genres, and only sounds decent on instrumental music in my opinion.

I don't have a good comparison to another TWS IEM that is in this price point but it sounds a big step below other ones I've heard just over $50 such as KZ's E10 model, which had issues with pairing and connectivity, though sounded pretty good for it's price.

If you must go with True Wireless on a budget, maybe this is acceptable if you're willing to live with mediocre sound quality. If you are looking for sound quality, you'll find better in wired or one of those wrap around neck BT in-earphones.