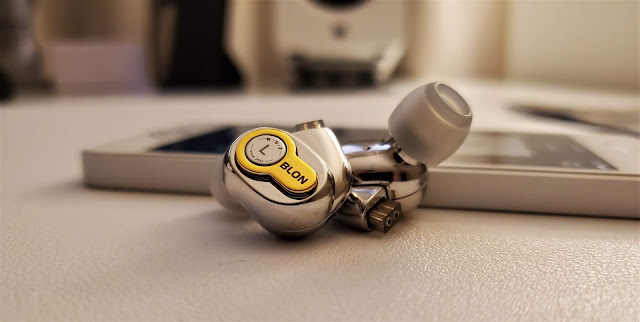 The BLON is back and now its latest model is the BL-05, which had some feedback during it’s development process by some notable IEM reviewers on the internet. For whatever reason, it seems like the people who provided feedback thus far have been a bit disappointed by the final product, and while I was not involved in early prototypes, I am not totally disappointed in it, though I am also annoyed by the BLON BL-05 as well. Let’s talk about why.

First off, the unit was sent to me by Linsoul once again. The IEM comes in at $43 USD which is puts it in the cheaper IEM market. The product can be found on Linsoul’s site here: https://www.linsoul.com/products/blon-bl05

The BL03 came out last year with a lot of buzz around it. It was very affordable at under $40, had a nice aluminum shell, and a generally pleasing sound signature that weighed a bit on bass, but with a good upper mid-range and treble signature that made it tonally correct, albeit with lack of resolution and muddiness on the lower end. The fit wasn’t the best either, nor was the product’s unit-by-unit variation. 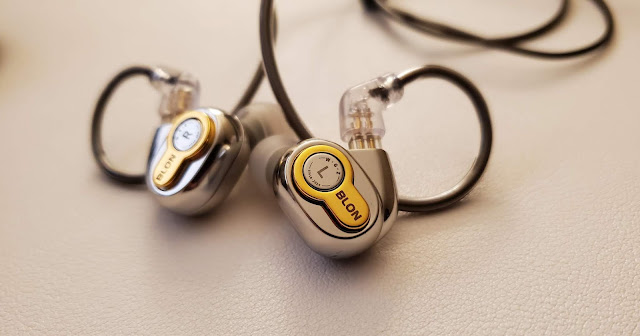 The BL05 takes on a similar all-metal shell design though with a new look and a much better fit for my ears. The design and color choices look rather tacky and not something I would have chosen for my own color palette. The oval shaped shell of the unit I received is chrome, with a raised tennis-racquet looking section that is painted gold with the branding put on it. The choice of chrome and gold leaves a lot to be desired. The alternative colorway is a shiny black and gold, which isn’t really that appealing to me either.

The included cable is the same janky and tangle-nightmare that came with the BL03. It’s really something that should be upgraded immediately to save you some troubles with it later. The connectors are 2-pin, however BLON decided to make the 2-pin connector raised from the shell, similar to how a C-Pin style 2-pin looks (that qdc and Unique Melody uses), but don’t be fooled. Those cables won’t work. Instead, if you want to use most third-party cables, you have to use a normal 2-pin connector, which may make the fit and finish look off, since most normal 2-pin connectors can’t fit over the raised connector.

In terms of sound, my biggest complaint with the BL-03 was the big bass bump, which caused it to sound muddy and really low-resolution, though not terrible for its price-point. The BL-05 tackles this by reducing the shelf down a bit, and actually makes the bass a bit more controlled and less bloated. Resolution is still a big issue. For the most part, I found in my listening experience that the low end had the right amount of weight and impact, but lacked any texture and resolution.

Where this was most apparent was in many alternative rock songs I listened to, where texturing seemed lacking. Music from Sonic Youth, or Radiohead or Pearl Jam missed some of the finer bass and guitar moments.

The mid-range has a good balance of body and decent balance of male to female vocals, with a slight shift towards the upper mid-range, as the BL05 has a shoutier tonality to it. The biggest challenge for me, however, wasn’t necessarily the shoutiness, but it was some upper treble ringing. I listened to a bit of bluegrass music as well as my usual mix of jazz and post-rock and even at my typical lower listening volumes, I found my ears ringing heavily after taking the BL05 off. There’s something going on in the treble region and harmonics ringing in my ears.

I did notice that higher-pitched singers like Alison Krauss or, even worse, Liz Fraser, sounded a tad bright, and fatiguing, and the fact that bluegrass music has heavy stringed instruments with twangy harmonics makes the BL05 a rather challenging listen.

In music that had less of that, I was left decently impressed with the BLON BL05’s general sound signature and cleaner sound over its predecessor. I still find that there’s just something slightly off on it and that I can’t enjoy it for the music I want to listen to. It’s still a decent purchase, however, just be aware that there’s some upper treble energy that may get you.