Hi everyone, this is a review of the Fearless S6Pro. It is a 6 BA IEM that costs $390 from Linsoul with a CIEM option for $60 extra and a number of faceplates options for about $25-50 extra depending on which one you get. The S6Pro actually has a sibling, the S6Rui which has a slightly different tuning to the S6Pro that I will cover today. Disclaimer: I received the Fearless S6Pro from Linsoul in exchange for this honest review. I have not been or will be compensated in any other way. 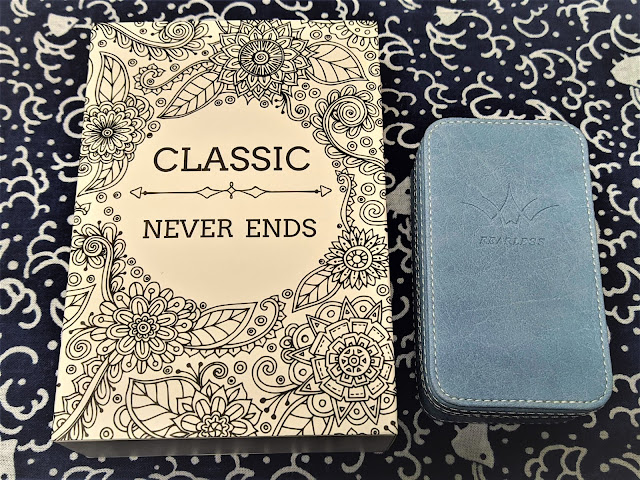 What's In the Box?

The opening experience is rather elegant and you are greeted with a small envelope with details on the Fearless brand and the S6Pro. Unfortunately it is all in Chinese which I cannot read.

Past that is a pleasing light blue case that contains the S6Pro, a white (despite the picture) 2-pin braided cable, and 4 sets of tips (S, 2x M, L). The cable is soft and supple and has pre-molded ear hooks for an over-ear style. The IEM itself has nozzles with a whopping 6 mm diameter (for reference, most IEMs are around 4-5 mm). It fits rather well in my ears but the large diameter does make my ear canals sore after some time. Isolation is very good, among the best for universal IEMs not Etymotic. Oh and you get a small metal plate that says the serial number and same manufacturing details, so that's nice I guess. 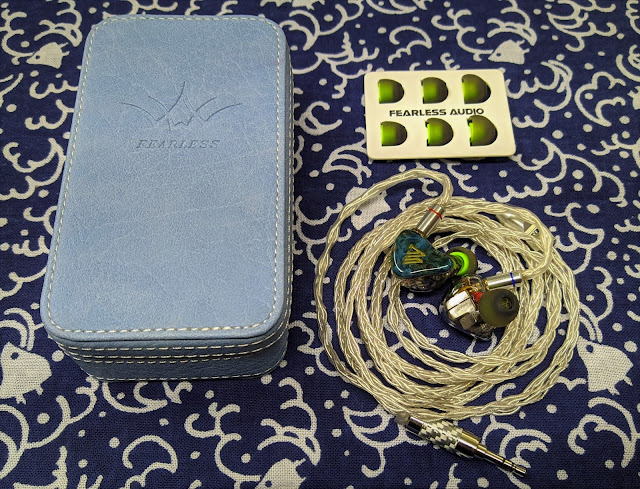 Tuning wise, it aims for a sort of bright diffuse-field (DF) target. Bass is lean, there's a slight dip in the mids, and plenty of upper mids and treble. It's a bit of a generalist that works cleanly across a number of genres. While it does have some tonality and timbre issues, it handles most of what I throw at it with no problem. It's closest competitor would be the ER4SR and I think the S6Pro offers a more well rounded alternative to the laser-focus of the ER4.

As in the DF fashion, the bass is flat with no elevation. There's a roll-off towards the very end at about 40 Hz. It has all the hallmarks of BA bass with regards to speed and clarity while sacrificing timbre and slam. It's a reference type of bass that is neither punchy or boomy. It has no particular focus on subbass or midbass nor is it very exciting. Fortunately, BA timbre isn't as striking as the ER4SR thanks to the larger BAs being used in the bass. It creates a fuller sound that better replicates the weight of the impact in instruments such as the kick or floor tom. Overall, I'm satisfied with the bass response. It is a good standard for reference-level BA bass implementation at this price point  It does the job cleanly and transitions rather seamlessly into the mids.

There's a small dip in the mids with an abundance of upper mids. Vocals sound shouty, thin, breathless, and little overstretched, if that makes sense. Its as if singers are strained for air in their diaphragm. It's not too overt but definitely noticeable. Other instruments sound mostly fine with the nitpicky exception of BA "dryness". If you're looking for "lush" or "organic" or "rich", the S6Pro doesn't have it. What it does offer is a very forward and engaging sound that is a little strident but stops just short of being too harsh.

The treble on the S6Pro is it's strongest selling point. Coming right off the upper mids is the lower treble that maintains a strong presence and adds a lot of brilliance to the overall sound. I don't have an issue with sibilance on the S6Pro though I suspect some may. Hats and cymbals are energetic and lively but may be too intense for those unaccustomed to a serious treble response. There is a focus more on a crisp, sharp attack than the nuanced decay of these notes. It's bright but not overly so and tastefully controlled.

The soundstage and imaging of the S6Pro is unremarkable. Like many IEMs, soundstage is limited with little height or depth. Imaging is OK. Anything better or worse than this would be noteworthy. In other words, very generic.

Resolution is a strong point. The forward signature pushes details right in your face. Tonality is alright but it is on the thin side thin. Timbre is definitely BA-like but generally better than pure single-BAs or other cheaper Chi-Fi hybrids.

Comparison to the Etymotic ER4SR

The obvious comparison for the Fearless S6Pro is the ER4SR. Tuning wise, they both shooting for a DF-like signature. But despite a similar-ish frequency response, they sound very different. I wrote reviewed the ER4 here but as a recap, it has a laser focused and highly coherent presentation that is unique in the IEM world. In comparison the S6Pro feels rather generic in it's presentation. The ER4 also has a very notable single-BA timbre while the S6Pro is able to partially mitigate this.

The biggest difference between these two IEMs besides their presentation is in the treble response. The ER4 feels too tightly controlled and overly safe. The S6Pro doesn't shy away from treble and displays it proudly. Vocals have a better tonality on the ER4 while there is better impact in the bass with the S6Pro.

Overall, the S6Pro feels like a more well-rounded alternative to the ER4 that trades the ER4's "X-factor" for a more conventional experience; a sort of middle ground for the average consumer. It's worth a try if you have some reservations about the ER4's idiosyncrasies. 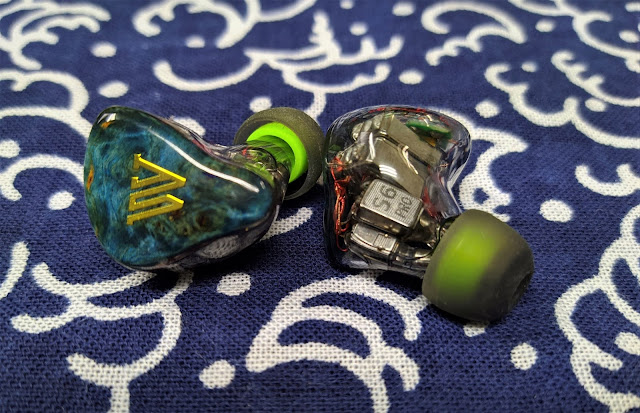 Only if you have the money and want an alternative to the ER4SR. At $390, they are firmly within the mid-fi price range. For sound quality it offers, its price tag is justified but price/performance takes a significant backseat if compared to stellar budget IEMs such as the Moondrop Starfield. I see the Fearless S6Pro as more of a stepping stone into hi-fi. If you get one don't be surprised if you end up with the Fearless S8z in a couple months. As a whole, they don't "wow" me (few things do) but they certainly deserve a spot in the Fearless lineup.