Shameless plug for my YouTube channel here. I review a lot of other stuff, audio just being one of them. 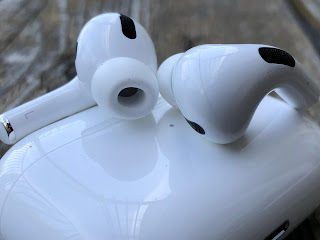 Introduction
First, this review's not going to focus too much on the features of the AirPods Pro. If you're here for that then check out literally any other mainstream review site. The features have been reviewed to death, and frankly, they work and they work well. So instead, I'll mainly be looking at the AirPods Pro from an enthusiast's perspective: How do they actually sound, and should you consider them if you're an audiophile?

To this effect, the AirPods Pro is certainly a polarizing IEM (let's not debate the semantics of the term) for a lot of enthusiasts. Apple's not exactly well-known for marketing toward the audiophile crowd, and their standard Airpods is a prime example; most would agree it's more so an exercise in convenience than it's an audiophile panacea. But as I'll be discussing in this review, the AirPods Pro makes good strides towards the latter. 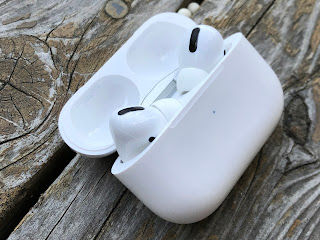 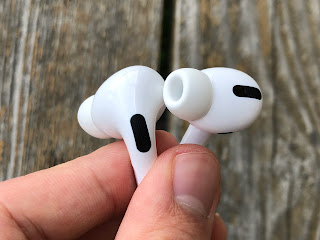 I'm sure you know what they look like. But it wouldn't be much of a review if we didn't have eye-candy so...

Typical Apple - it's sparse. You get the AirPods Pro themselves, three sets of tips (S/M/L) and a Lightning cable. There's also a little fold-out instruction sheet that probably no one actually reads. Hey, I'm just saying.

Fit and comfort are 100% subjective, so I won't delve too deep here. But if the original AirPods didn't fit your ears, I'd suggest giving these a shot as the AirPods Pro uses silicon eartips. You're locked into Apple's ecosystem because they're proprietary tips too, yay! In all seriousness, another perk is that the AirPods Pro uses a vented design and equalizes the pressure build-up that often occurs with some IEMs.  So in theory, if the AirPods Pro fit your ear, it should be very comfortable.

Inherently, isolation is going to be better than the original AirPods. It's still a shallow fit, but that's what the ANC (active noise canceling) is for. ANC easily kills most low frequency noises, and there's minimal pressure on the ears.

So while you won't be losing that blow-dryer aesthetic anytime soon, the comfort, fit, and ANC are certainly worth the trade-off in my books.

Right, let's talk about what's arguably the most important part of any earphone and that's the sound.

My testing methodology consists of Apple Music (AAC files) off of my iPhone X. Fun fact: If you go into the Health app, under Hearing you can track your listening levels with the AirPods Pro. This is a really, really underrated feature that too few reviews mention, and to this effect, most of my listening is done at around ~65dB. To my ears, there's also very little discernible difference in sound between Transparency, Noise Cancelling, and the standard Off controls. 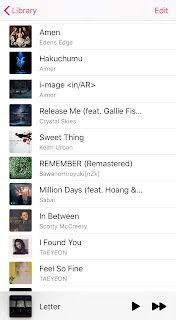 These are my main test tracks right now just to give you an idea of what I listen to.

Bass: Starting with the low-end, the AirPods Pro is going to be taking advantage of that dynamic driver which is generally better for lower frequency production. There's acceptable punch, and the sub-bass extends surprisingly well. However, I do find it to be lacking desirable characteristics such as tightness and rumble.

Midrange: Vocals are smoothed, pushed forward aways, and have little texture. They're in the middle in terms of thickness.

Highs: They sound smoothed similar to the midrange, but blunted - lacking extension - with little air which lends to an overall lack of detail. Still, I don't find that the bass or midrange ever overwhelms the highs; they're there, just missing something in general.

The AirPods Pro is a mixed bag with technicalities. Imaging and soundstage are surprisingly decent, and this is likely due to the more open nature of the IEM. But you're simply not going to get the same level of resolution and detail retrieval that you will with multi-BA IEMs. This is also not a very fast IEM, and in particular, I find the overall dynamics to be rather poor. The bass doesn't suffer as much from this, but the midrange and highs just seem...totally dead, for lack of a better word. Some IEMs like the Moondrop Starfield slightly beat it out in resolution, and wash it in dynamics, for much less.

But if there's a saving grace, it's that the overall tone is pretty good. I'd describe it as being neutral-bright. It's certainly a mainstream type of sound, and yet it's been tastefully done and I don't think it'll offend many.

I think it's important to be cognizant of a product's intended use, and here-in lies why the AirPods Pro are a contentious IEM for many audiophiles. Comparing the AirPods Pro to dedicated, wired IEMs isn't a fair comparison. Audiophiles want the best sound, but this comes with concessions in convenience. For example, you wouldn't take your expensive, wired IEMs to the gym with you (at least I sure hope you wouldn't).  But inevitably, while this comparison will be made, that's not to say that the AirPods Pro are strictly bad in terms of sound. They sound just fine. And to me, it seems that a lot of people - audiophiles specifically - are letting innate biases direct their conclusions. No, you're not going to get sound quality proportional to where your money is. But I've seen some audiophiles compare them to $25-$50 IEMs, or even a throwaway earphone, which is reaching.

If you're already in the Apple ecosystem and looking for a truly wireless set then these should be a no-brainer. I'd take them over the standard AirPods all day. Yeah, the AirPods Pro are pricy, but you can't put a number on convenience, and the sound is acceptable by most standards. Hell, if you've never listened to dedicated IEMs or headphones, these just might surprise you. That being said, if you're not in the Apple ecosystem, these should be a hard-pass simply because of the limited functionality.