Shameless plug for my site and YouTube channel here. I do audio reviews and some other stuff.

Ever since I got into the audio hobby, I've sort of just turned a blind-eye to Sony's offerings. Growing up in the US, I mainly knew them for their TVs and cameras, so it was surprising to see how much standing they have in the audiophile crowd. To this effect, their flagship IEM the IER-Z1R garners a lot of respect in the circles I hang out in; it's even a personal favorite of more than a few of the reviewers I enjoy following, so I had to check it out for myself. But as you might guess from the overly dramatic title, unfortunately I can't share the same sentiment. Let's talk about why.

Normally, I don't particularly care for packaging because at the end of the day, let's be honest: After I pry out my shiny toy, it's going straight to the closet to collect dust. But Sony has outdone themselves here, and as such, they deserve praise. This is how you do presentation and make your customer feel like they've gotten their money's worth. 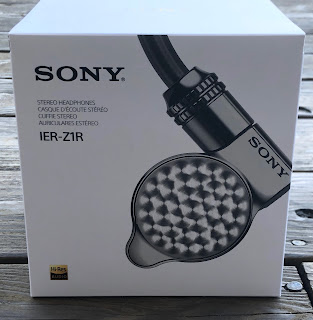 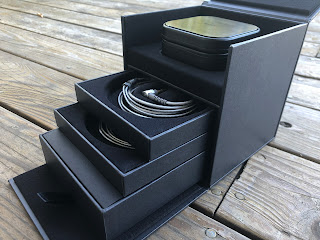 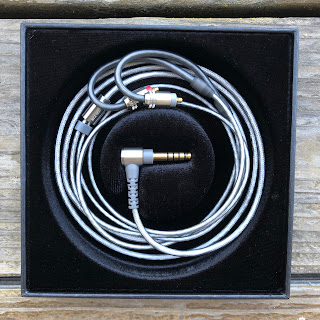 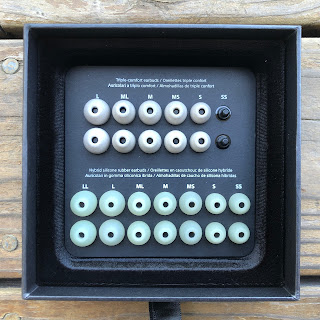 You get the IEM itself, a ring-like case, 3.5 and 4.4mm cables, and a large assortment of tips. The cables are supple and well-made, definitely some of the best stock cables I've handled. The IER-Z1R itself is a heavy chonker. I've heard they're using zirconium alloy for the build, which if true is definitely an interesting design decision. Fun fact: Depending on the grade, zirconium can be similar in hardness to copper or all the way up to sapphire. Unfortunately, I suspect it's going to be the former, and much of the design language has a "bling" ethos. Nonetheless, the build of the IER-Z1R exudes premium. 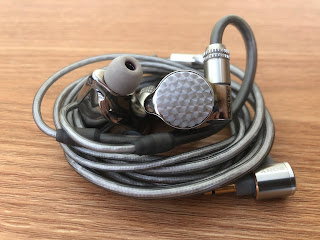 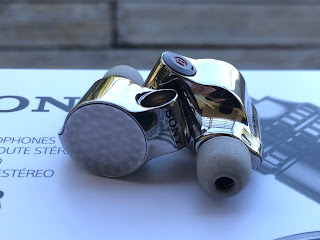 Let's skip the fit and comfort, and come back to that later. Because boy, oh boy, the sound quality of the IER-Z1R doesn't disappoint. For this section, I'll mostly be drawing comparisons to my only flagship IEM, the 64audio U12t.

Disclaimer: They're impressions. This was a demo unit, so I only had about four days with the IEMs before I had to send them back. That being said, I rarely notice any audible differences in my IEMs even given more time.

Testing Methodology:
Bass: Sometimes I can convince myself that the bass on my U12t is good enough for an all-BA set. But "sometimes" just doesn't cut it, and the IER-Z1R serves as a stark reminder of why. In particular, there's a powerful sub-bass emphasis and a drawn-out decay (in the best sense possible) which the U12t lacks by comparison. Other desirable qualities like texture, punch, and rumble are present in spades, yet they're coherent and never muddle. The bass hooked me on my first listen, and without doubt it's the IER-Z1R's standout feature: Bass-heads look no further, this is your IEM.

Midrange: Vocals are a bit of a mixed bag. Higher-pitched male vocals have a noticeable dip; I got this impression while listening to Keith Urban's "Sweet Thing". His voice takes on a slightly hollow or recessed quality that I don't get as much with the U12t. And just in general, I wasn't particularly impressed with male vocals on the IER-Z1R. Conversely, female vocals are more pronounced. I listen to a lot of K-Pop/J-Pop, and stuff by the likes of Taeyeon and Aimer simply shines on the IER-Z1R.

Highs: I don't think I have a 100% ideal seal with the IER-Z1R, but it's certainly far from resulting in the dreaded peakiness at 6K that some users with a poor seal may experience. Admittedly, treble is not something that I pay much attention to; as long as it's not too bright or rolled-off, I'm a happy customer. Anyways, the IER-Z1R's treble has a very energetic presentation. I hear good extension to instruments up top; however, it's somewhat overshadowed by an emphasis on stick impact.

Overall, this is a moderately V-shaped response to my ears, and it has a warm, energetic timbre. This is not the IEM to purchase if you want something reference or neutral-tuned; however, if you like Sony's unique, house sound then you won't be disappointed. The IER-Z1R also has quite the interesting presentation - I would describe it as "speaker-like" or "larger than life" for lack of a better phrase. At the risk of entering shill-territory, it simply makes you feel like a king, and for me this feature is superseded by only the stellar bass response. Weebs and anime OST lovers will rejoice in the IER-Z1R's tuning, and I've heard no better IEM for female-centric genres.
As you might expect for a flagship IEM, technicalities are stellar, and the IER-Z1R has top-tier resolution. It's not U12t clean, but comes close enough. The soundstage is also impressive; however, I'll refrain from absurd superlatives: It's only large relative to other IEMs. And to this effect, it barely edges out the U12t's soundstage which is above average in its own right. But it's one of the few IEMs that kind-of-sort-of breaks the in-your-head barrier; maybe my expectations are just too high. Finally, while the IER-Z1R certainly isn't slow, it does seem to fall behind the U12t in terms of transient speed.
Test Tracks (just some of the ones I went through)
Aimer - Hakuchumu
Aimer - Dawn (Album)
Brooks & Dunn - Red Dirt Road
Dreamcatcher - Raid of Dream (Album)
Edens Edge - Amen
Illenium - Ashes, Awake, Ascend (Albums)
Jason Aldean - 9 (Album)
Keith Urban - Defying Gravity (Album)
Sabai - Million Days
SawanoHiroyuki[nZk] - Best of Vocal Works (Album)
Taeyeon - My Voice (Album)
Taeyeon - VOICE (Album)

Now that I've gushed over and praised the IER-Z1R's sound quality, there's just one problem here: The fit is atrocious. Ergonomically, these are by far the worst IEMs I've had the (dis)pleasure of using. Nothing about the IER-Z1R's build remotely conforms to the human ear's natural shape, and to this effect, every time I stuffed the IER-Z1R into my ear I felt like I was smack-dab between heaven (sound) and hell (fit). And let's not even get started on the poor isolation. Fit is always subjective though, and in all fairness some individuals that are, shall we say, christened with "blackhole" ears will probably find these comfortable. But for mere mortals like myself with small-to-average sized ears, the IER-Z1R's fit will only make you question your inner-masochist tendencies. 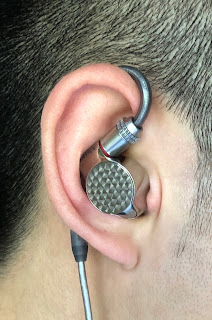 IER-Z1R fit-pics are basically obligatory in the audio Discord servers I hang in. Yeah, it sort of fits and I get a decent seal, but at the expense of my ear's viriginty.

Thus, I am led to a bittersweet conclusion with the IER-Z1R. Because frankly, no matter how good an IEM sounds, it doesn't matter if the fit is utter garbage. And I wanted to like the IER-Z1R, I really did. The bass response is leagues ahead of the U12t, and it more than holds its own in terms of technicalities. To this effect, purely on the basis of sound, I find myself going back and forth between the two with the IER-Z1R having the edge overall because of my music genre preferences. But being literally violated by the IER-Z1R's gargantuan shell every time...sorry, that ain't it chief.

So if you take anything away from my review: Demo these IEMs before you purchase them. More than anything, it's just disappointing knowing that such a great sounding IEM - considered the best of the best by many - is marred by subpar ergonomics that won't work for the vast majority of buyers. But make no mistake: The IER-Z1R is endgame material. On the rare occasions that the sun and moon aligned and I got a decent fit, the IER-Z1R weas audio bliss, my favorite IEM I've heard to date.