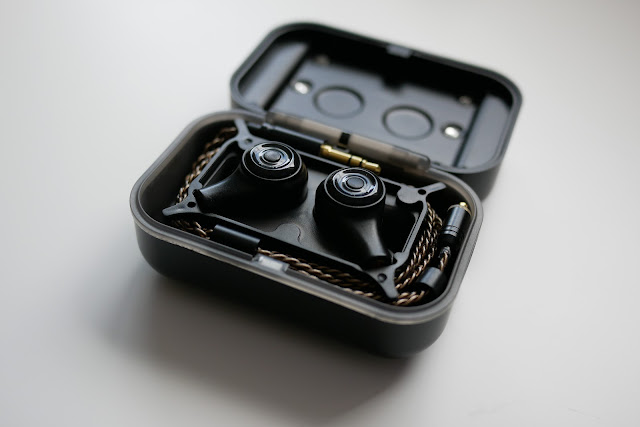 As far as I know, this is Tin Hifi’s first foray into True Wireless blutooth earphones and I’ll just put it out there, it’s disappointing from a brand that brought us the now legendary Tin T2 and the great T3 and T4 IEMs. It’s also being released on the heels of the Tin T2 Plus which I’ll say is a pretty solid offering. But that’ll be a future review, this one is on the TWS 2000 and it’s a painful one.

Linsoul provided me this review sample for review. They originally sent me a unit a while ago, but I provided some feedback that was used to re-tune the IEM and this final production unit was sent over recently for a final review prior to launch. The launch page can be found here: https://www.linsoul.com/pages/tin-hifi-t2000

The TWS 2000 comes in a small box that contains a charging case, USB-C cables, a set of extra tips, and a bunch of cards. Within this charging case is also a very cheap and not very great looking nor feeling mmcx cable, which is a far cry from some of the cables Tin has added on previous IEMs.

The charging case is really large, almost twice the size of the most recent KZ S2 TWS I have for review, as well as my trusty Samsung Galaxy Buds+. The large may make it uncomfortable to fit into a pocket, which would kind of defeat some of it’s easy portability. It’s still small though, and it would fit fine in a bag or larger coat pocket. The case has a few features that are unique. First off, it has USB-C connection on the back, and the top of the lid has a power button to see current charge level, as well as a UV-C Cleaning function. This button activates the UV lights on the inner side of the lid which will disinfect the IEMs but irradiating any germs on the surface of whatever it illuminates upon. It’s a pretty neat feature, and one that does come in handy, given how badly these fit, but more on that later.

The case also is rather bulky due to the mmcx cable that can be fully wrapped around inside the case. It’s also much deeper than any other TWS IEM case I’ve seen to accommodate for the large, large shell, and the long double-flange tips it comes with. The advantage of having it this deep, I guess, is that any aftermarket tip works with the case, which was a problem with other TWS IEMs.

Now back to that UV light feature. It does come in handy. That’s because these IEMs are really large and fit really awkwardly in my ear. I never found them ever comfortable to wear without the constant fear of them falling out. In fact, they fell out of my ear often, even just staying in one place. I did use them to do yard work and chores around the house and they fell out so many times. True wireless IEMs falling into dirt as I’m weeding my yard is always fun. So, wipe it up, throw it in the case and let it do its magic. I guess that’s why it is there!

I do want to add that I actually do have a UV Dehumidifier that I use for IEMs occasionally and also works for when I use my wireless Galaxy Buds when I’m doing something active. 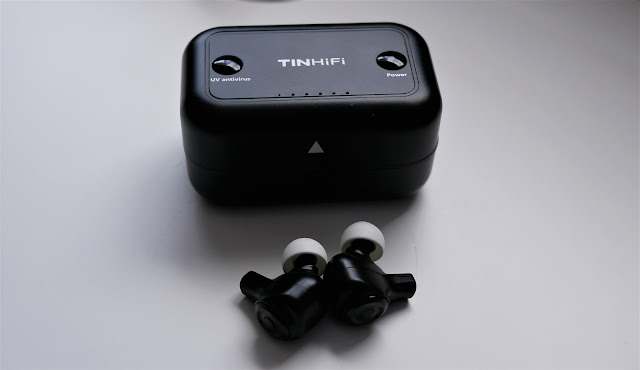 The IEMs are made to be worn with cable down, which, again, I’m not really sure why this true wireless IEM has cables to begin with. I told Linsoul to let Tin know that I didn’t think it was a great idea and I think it really makes this IEM not very usable in both wired or wireless modes. As a wired IEM, the added bulk from having the Bluetooth amp and electronics make them bulky, and as a TWS, the added mmcx wiring and feature makes them stick out too much and oddly shaped to fit in your ear right. These actually fit better if your flip left and right channels and wear them upside down, like you would for many IEMs with cable up. But, since this is a TWS IEM, your channels are now swapped and you can’t fix that easily when using these in Bluetooth mode.

Speaking of Bluetooth, these were very painful to connect. I had a lot of trouble pairing them to both my phone and pairing the left and right sides together. I’m not a novice at this either, as I’ve owned Bluetooth devices since they started showing up in the early 2000s and own and have reviewed several true wireless ones recently. But, once you do finally get them connected and paired, it seemed to be stable.

The range on the TWS 2000 was very good. I left my phone in my office in the corner of the top floor of my home and walked around the 3 floors to every corner and it never lost reception. It was better than most other Chinese brand TWS IEMs I’ve tried in this regard. 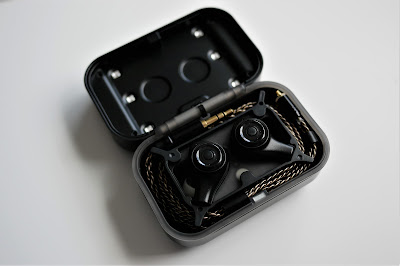 The TWS 2000 has a pretty generic V-shape sound signature. It is tuned and measures the same in both wired and wireless modes. The new tuning does calm down the treble shrill and shriek that I quickly denounced, but I also asked them to tame down the bass, but that was hardly changed.

So, the TWS 2000 is left with a bit of a low-resolution, very muddy and bloated, bassy IEM with dipped mids, and an occasionally bright treble region that has been smoothed out a bit, but still is very elevated.

I never truly enjoyed listening to the TWS 2000 as it came off as a heavy bass dominated IEM. Now I think many of my readers know that I am not really a basshead and some even joke that I hate bass (admittedly, I do too), but there’s always a fun factor in having a lot of bass impact and slam, and I enjoy that from time to time, if it’s done right. This means that there is a level of slam and impact that also includes great texture, natural decay, and thunderous power that really carries and plays into the rest of the music. In this case, the bass is dull, disjointed, and overbearing, and just takes over the music, and just sounds mediocre, even by true wireless standards. Okay, it’s not as bad as the recent KZ S1 and Z1 TWS, but it’s hard to recommend this at $80, especially considering the Samsung Galaxy Buds can be bought for that much here in the USA at Costco.

The difference is night and day. 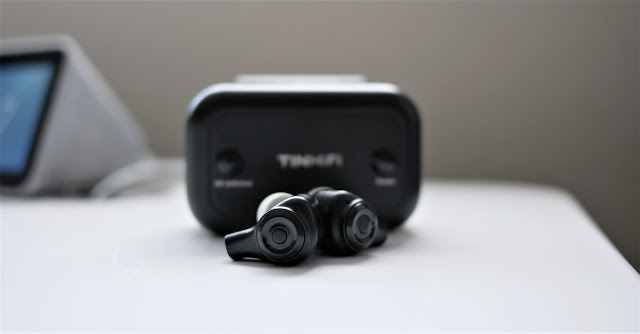 The midrange is totally lacking on the TWS 2000 and again sounds a bit low resolution. The upper midrange has steep climb that can be shouty and the treble does sound smoother but is a bit elevated. All in all, it’s a super V-shaped IEM that may appeal to consumers who are used to listening to headphones found in typical brick and mortar stores, but not necessarily appealing to crowds deeper into the audiophile hobby and looking for something less generic.

While I do applaud Tin Hifi for trying something really new with this concept – wired + wireless + self-cleaning, I find that you should try to be good at one thing at a minimum, and I feel like they failed in everything on this release. It’s unfortunately not a good sounding IEM, not very easy to carry around, not good to wear, and comes with bad cable to use in wired mode, and has trouble pairing in wireless mode. That and the fact that the buttons are hard to use makes this overall package some sort of a disaster.