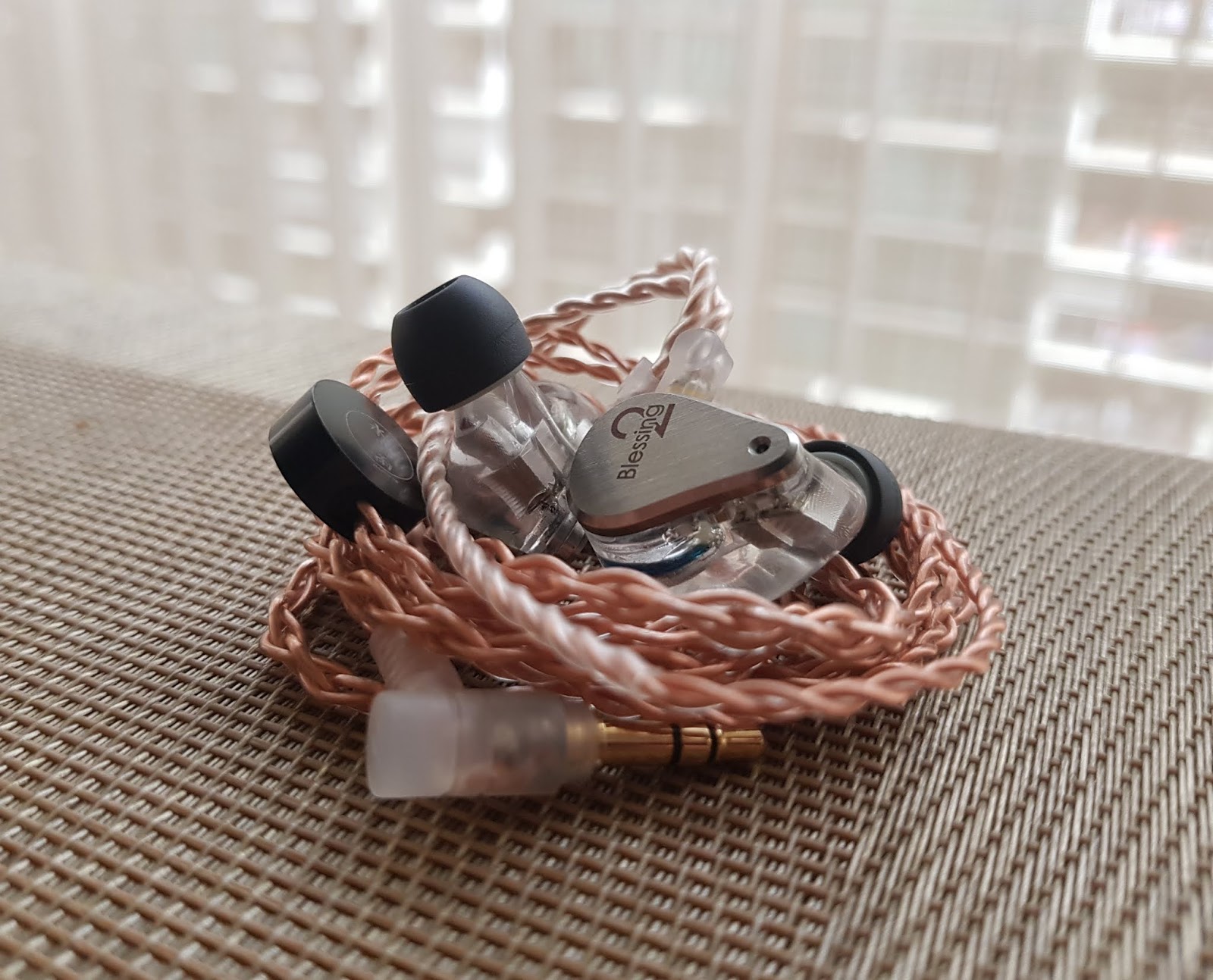 Introduction
This unit was loaned to me from crinacle.

I'll cut to the chase. On a tonal level the B2 does come close to my preferences. I find B2 a tad warm and the uppermidrange a tinge too forward relative to my ideal tonality/target.

The Blessing 2's greatest strength, IMO is the level of coherence whilst still managing a competent technical front. The overall timbre is smooth without treble peaks and the music has a flowing quality to it (which I associate with coherence).

Bass
The B2's bass doesn't have enough subbass for me and tilts towards a satisfying but never overwhelming midbass presence. The upperbass/lower mids also showcase a small boost around the 200hz which adds a tinge of warmth. In an ideal world I'd remove this warmth but it does work in balancing out the forward (and emphasised) uppermidrange here. The bass still does have good impact and I wouldn't say its lacking in any way dynamically.

I simply think too many people have unrealistic expectations of some super hard slamming DD bass when in reality, DD bass is mostly just bloated bass overpopularised and overhyped in IEM audiophile circles. I've heard these "dynamics" and "slam" critiques but I do not hear any form of compression. However as mentioned, B2 doesn't have adequate subbass rumble to me which I would associate both with the lack of a strong isolation due to its vented dynamic driver design and in its chosen tuning.

Midrange
Midrange of the B2 leans towards the uppermidrange (1-3khz). There's some shoutiness and shrillness going down here but it's not unbearable due to the warmth balancing things out a little. If I removed the warmth bump with EQ, the uppermidrange instantly sounds too thin and forward. I'd have to reduce the entire 1-10khz region by 1dB or 2 if I were to reduce the 200-400hz. If you're coming from monitors with lesser pinna gain, you may initially find the B2 to be too shouty. However if you're used to more harman-like gains in the upppermidrange, this one would sit nice and comfortable with you. If not, tonality of the midrange is generally accurate.

Treble
Treble of the B2 is nice, smooth and even. However, I'd still say the last octave (10-20khz) could use a little more presence and a more zing quality to it. Cymbals of the B2 sound a little too smoothed out at times when my speakers clearly render them gritty and zingy with plenty texture. The evenness of the treble in the B2 is pretty astounding. Just that I could use a little more energy and zing.

Imaging, Separation & Intangibles
On a technical standpoint, B2 images well better than your average, run-off-the-mill iems. Perhaps the imaging could be sharper with more treble zing, but the spaciousness in depth was pretty surprising for me. It has no issues with layering or separation whatsoever.

Comparison against Blessing 1
I was also loaned the Blessing 1 from crinacle to compare. I actually preferred the tonal balance in the B1 where the bass had more subbass presence (with also more midbass punch) and its lower treble being a little more forward sounding. However, the B1's transients do not sound as clean and crisp. The bass of the B1 has a hollow quality to it and staging sounds restricted compared to the B2 for some reason.

Conclusion
Well done, Moondrop. This is a safe, well tuned, coherent IEM. It comes pretty close to my ideal tonal balance with in-ears. I legitimately think this one redefines the price bracket. When asked to pick an IEM under $1000 that I preferred over the B2, I had trouble giving an answer.