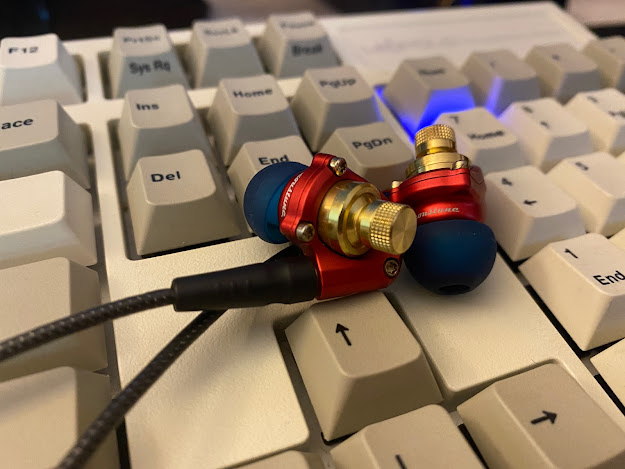 Every audiophile has heard of the regaled Sennheiser HD600 and how it has held its place as a standard recommendation in some form for decades. However, this article is not a Sennheiser review, but rather what I believe to be the answer to the age-old question: How can I take that HD600 sound on the go? First of all, no, you can't take the HD600 on the train, but I remember after receiving both my HD600 and HD580, shortly after their respective acquisitions, I was finding myself hitting a dead end when trying to find a similar sound in a portable package. Well, you've read the title (I hope), and after three years of searching, I am happy to say that I think I have found this sound in the form of the Acoustune HS1551CU (1551 to abbreviate).
Pretentious introduction aside, I think that Acoustune is an overlooked brand in the United States. Not only is it hard to obtain here, but I have a feeling that the single dynamic driver configuration seems to lose its footing past a couple hundred dollars as hybrid and multi-BA driver configurations begin to catch the consumer’s eye.
So what does a single dynamic driver offer that these others don't? What does it miss out on? Well, to keep it hopefully simple, a single dynamic driver (DD) will ideally have fewer timbre issues if done correctly, while sacrificing raw detail and extension that BAs are capable of due to being able to be dedicated to certain frequency ranges. Furthermore, their smaller size also allows more BAs to be crammed into a shell to focus on a higher number of these dedicated ranges.
Anyways, that’s enough fanfare, let’s get into the general sound and specs. 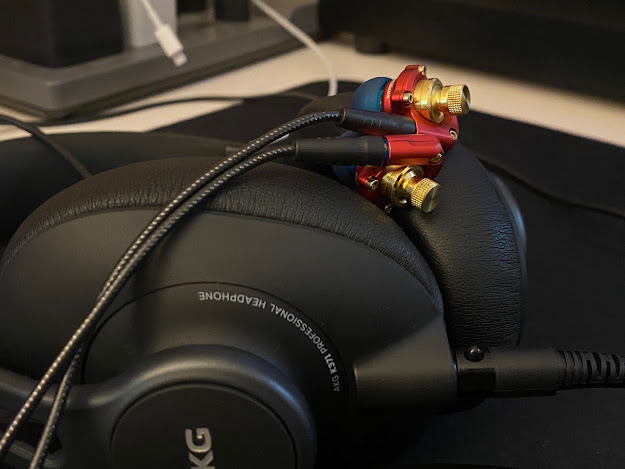 The 1551 adopts a very warm and 'thick' sound, coming off as extremely inoffensive but never boring (something harder than it seems to pull off), with a healthy bass boost and upper mids bump I found very enjoyable for pop. The treble measures with a peak around 5-6k, but I personally didn't hear this in practice. Measured peak aside, the treble rolls off a bit earlier on the 1551 but doesn't sound too stuffy all things considered.

Otherwise, the 1551 comes with a very unique cable, to put it nicely. To be more specific, the included cable is quite heavy and slightly stiff. Because there is no memory wire (thank God) or pre-fitted ear hooks (also good, in my opinion), the heavy cable fits quite securely around my ear. However, I found the cable quite easily tangled and a bit heavy when walking around the house. In short, good ergonomics on the ear, but not exactly the most practical thing otherwise.

As for the fit, I think this will be the deal-breaker for some. The 1551 has a very shallow fit comparable to the Beyerdynamic Xelento or even something like the AirPods Pro (APP). This is something that I found very strange at first, but after a while I found myself loving not only the non-invasive fit (Etymotic, anyone?) but also the very simple method of fitting them in my ears. Despite the shallow fit, I found that one I got the fit right (pull on the top of the ear, open jaw, the works), the 1551 stayed in quite securely with the medium tips coming from large Xelento tips and medium APP tips. However, this was just me, and the 1551 likely isn't going to be a game-changer for shallow fit haters. All listening was done using Tidal set to HiFi.

Coming from my previous Hidition Viento-B review, the 1551 is a welcome change, with the bass not only being distinctly that of a dynamic driver but also being boosted to a level that satisfies without making it too niche of a tuning such as in the instance of something like the Xelento (basically zero midrange). On top of its tuning, the bass sounds natural, with slam reminding me of something like a Fostex TR-X00, with the decay not being too quick like with the Viento-B. All in all, the bass on the 1551 feels like a healthy enough in quantity and quality to satisfy most bassheads, while not sacrificing as much as the Xelento to get there (albeit the Xelento's bass is slightly better due to complete midrange sacrifice).

On the topic of the Xelento vs the 1551, the 1551 makes much fewer sacrifices considering how well its bass performance is. Despite its V shape, the 1551's male vocals have a very satisfying presence to me, something I find quite rare with in-ears in general. I found a strong example of this on Purple Mountains track "That's Just the Way That I Feel," where David Berman's deeper voice manages to not be as recessed as I would have expecter, and allow me to use an overused term, the 1551 makes it sound like he's sitting right in front of me.

On Joanna Newsom’s “Emily,” I found the female vocal presence to also be a highlight, although maybe to a lesser degree. To continue the praise, the strings also were no slouch, and if I had to give a knock, the harp got lost in the mix at times over the instruments reaching into lower registers.

Every IEM has a weak point, and the 1551 is no different. Some people find the 1551's treble to be a bit peaky, with it measuring with a significant 5-6k peak, but I personally had zero issues in this regard (although as stated in my Viento-B review, I'm more treble tolerant than most). My main gripe with the 1551 is that coming from the well extended Viento-B, the dynamic driver of the 1551 simply can't extend as far without a dedicated tweeter. The rolloff isn't quite as significant to my ears than the Xelento was, but I found it similar to the ER2SE in that the treble just kind of exists, and simply won't have impressive decay. This could be the deal-breaker for most, so make sure you're treble tolerant and don't care too much about extension in the upper registers if you're looking at the 1551.

While the 1551 has an easy to enjoy tonality and remarkably natural timbre, I think that it, while not being necessarily poor in this regard, doesn't exactly win any awards for detail at the going price of around $300-400, especially being a few years old at this point. Staging, imaging, and separation are also pretty average, with the latter two teetering on below average (the humanity!) Similar to the Viento-B, most of my enjoyment stems from this thing's tonality, with everything else not necessarily being a deal-breaker, but not quite wooing me at their price points either.

If you read my Viento-B review (no worries if you didn’t), I stated that this song’s bass was specifically not ideal.

On the 1551, however, this is a completely different story. The bass on this song is absolutely monstrous, from the drum machine to the bass guitar, the 1551 accurately channels how aggressive this song can be.

From the intro flute to the hats at the beginning, this is one of the few songs I found harsh on the 1551. Harshness aside, I found the vocals and general timbre really shined, especially on the guitar.

As a big-time shill of this song, I went in expecting strong performance, and while the vocals and guitar sound solid for the first half, the drums sounded a bit recessed, and the lack of extension and poor separation kind of rear their ugly heads at the end of the song. Disappointing, but not to the point of pure discontent as the bassline still comes through excellently. Turning the volume up alleviated this a bit, but as a normally quiet listener, this isn't always ideal.

The Postal Service - “Such Great Heights”

Sounds simply fun on the 1551. Ben Gibbard's vocals sound clear while the synths in the background have a satisfying rumble. Separation isn't top-notch, but good enough on this song for everything to sound clear enough on their own.

I’m testing Yung Lean again because the Viento-B fell flat in this area, and the 1551 performed stronger here than most of my other tracks, which makes sense considering the bass performance. I feel like it’s obvious considering my previous praises of the bass, but the thump in the beat on this song is immensely satisfying to hear coming from a BA.

A Brief Comparison Between the 1551 and the Moondrop Blessing 2 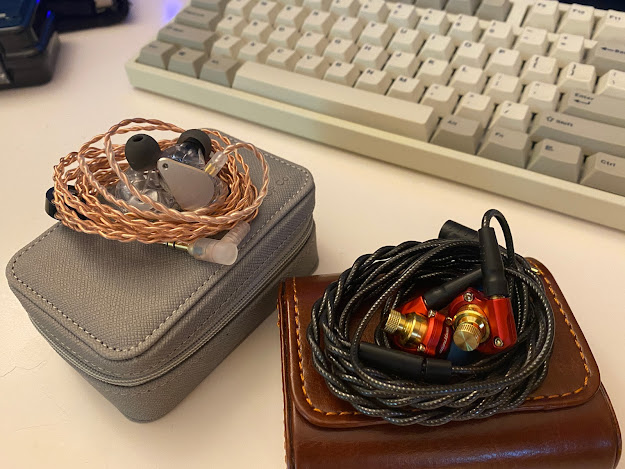 I recently was able to try the Moondrop Blessing 2 (B2) briefly, and I just wanted to make some quick comparisons because they hover around the same price range of $300-400.
The B2 still retains a slight warmth to it but is certainly much less warm than the 1551. Additionally, while the bass is by no means bad on the B2, the slam and rumble of the 1551 handily outdo it. They both share an aspect of mediocre treble, with the B2's plasticky treble echoing that of the Viento-B. The B2 edges out the 1551 in general technicalities to me, offering better imaging and resolution miles ahead.

Ultimately, I prefer the 1551 for its timbre and tonality, but the B2 is no slouch, and I don’t believe you could go wrong with either. With the recent supply shortages on the B2, it seems that both of these will be difficult to get for a while. 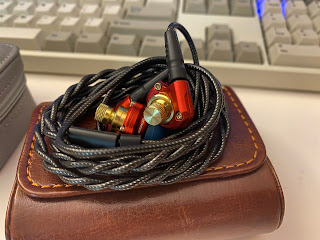 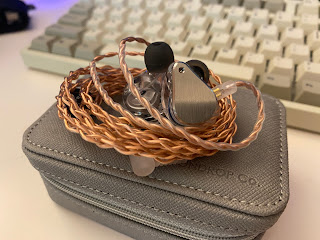 All in all, the Acoustune HS1551CU is not only one of my favorite IEMs under $500, but it's also one of my favorite IEMs for the tonality alone. While the 1551 is slightly lacking in technicalities, and I found myself wanting to turn up the volume against my better judgment, I find the 1551's basic tuning to be incredibly solid and hard to fault bar upper extension. The 1551 really shines with more simple, straightforward songs (punk, for example), where there aren't a lot of benefits to be gained from technicalities.

I find the average to below-average technicalities combined with the spot-on tonality and timbre with a warm and thick sound to cause me to draw comparisons to the HD6X0 lineup. The 1551 may be an in-ear, but for those looking for a comparable portable companion to the Sennheisers, this could very well be it. 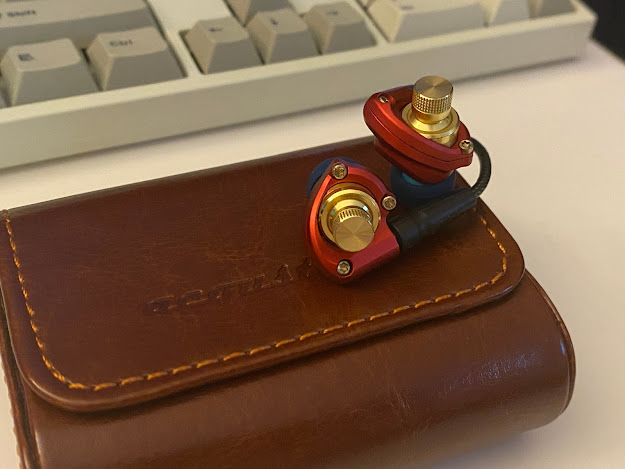