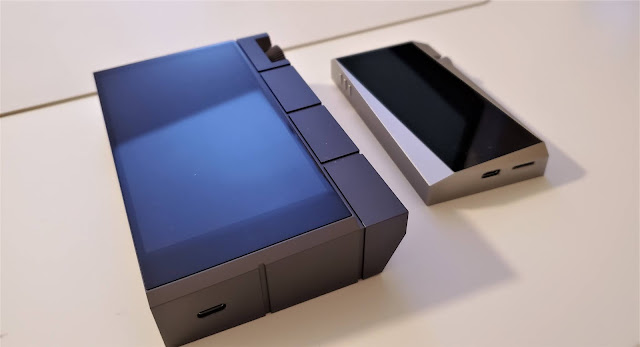 Astell & Kern is a South Korean company that is part of the iRiver family of audio products. The A&K branding has been around for several years now and is well-known in the portable audio world for making high-end and unique designs for music on-the-go. This quick set of impressions will take a look at two of their devices, the very large Kann Cube, which was released in 2019, and their newest model, the small SR25, which is an update to the SR15.
Both of these units were loaned to me by the fine folks at Headphones.com and will be returned to them shortly. 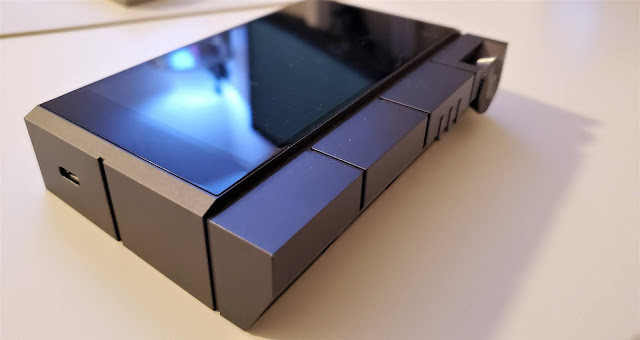 The Kann Cube is massive. It's quite intimidating and it's very industrial looking. It has a very boxy look that is made from aluminum metal, and has ridges milled in that make it fit with the very odd looking A&K CD Ripper thing they made for their DAPs. (what?)
The Kann Cube also has a beautifully large screen that is very vibrant and looks sharp. Next to it is a large volume wheel that is quite nice to use, though the clickiness of it can be annoying. The back of it has a glass exterior which makes it shiny, but just something that's prone to crack.
On the top side are 3.5mm and 2.5mm jacks for using single ended and balanced outputs, respectively. The buttons are below the volume wheel on the right side, and control forward, play/pause and back, however they are unlabeled, which makes it minimalist, but also confusing at first. There's also USB-C connectivity on the bottom.
This thing isn't as heavy as it looks, however it is still heavy. There's no way this will be pocketable unless you put it in a very large coat pocket and hope it doesn't rip or sag. That said, you can put this in a bag to carry around, however using it on the go could be challenging.
A fellow hobbyist, Rush, sent a carrying pouch that can be attached to your belt made by Van Nuys, which can securely hold it on your hip. It's not the best look for me, but it is functional. The weight does make it feel very awkward to use however, but hey, if you can do it, more power to you!
Here's a photo of me wearing the abonomation at home...

This is a ridiculous portable setup. A&K Kann Cube with Van Nuys belt clip and mini xlr to 4.4mm to fostex headphones....

The A&K Kann Cube also features this extra output on the left side. It's a unique mini-XLR male 5-pin output that one can use as legitimate line-out feature to an external amplifier. This is better than using the typical 3.5mm or 2.5mm jacks as they are not true line-outs, and instead are just maxed out in volume when active.
The XLR does have significantly high impedance. I didn't actually measure the impedance value, but I did measure frequency responses of various iems and saw major fluctuation in their curve when using the XLR output. That said, plugging it into a desktop amp makes this Kann Cube a really slick Transport/DAC unit for a desktop.

Speaking of that, I did find that this is really well suited as a desktop player. It's not great for traveling but if you can just leave it at your office or on a desk, this is a very nice player indeed.
Unlike other A&K DAPS I've tried, this one does not have as much lag issues despite the larger screen. It runs quite smoothly, and even works well with the Android-based streaming apps, which lag badly on some of the other A&K players.

The Kann Cube is a very clean, transparent, and neutral DAP with a slightly musical sound to it. Switching back and forth between this, the SR25, and my normal ZX507 from Sony -- it's very easy to tell which is less colored. This quite unusual for the A&K lineup, as most are heavily colored warm.
This one, instead, has good extension, clear highs, and an airy soundstage which is a little sterile in nature, but lacks the sharp one-note sound that some sterile DAPs have (I'm thinking stuff based on ESS Sabre DACs in my experience). 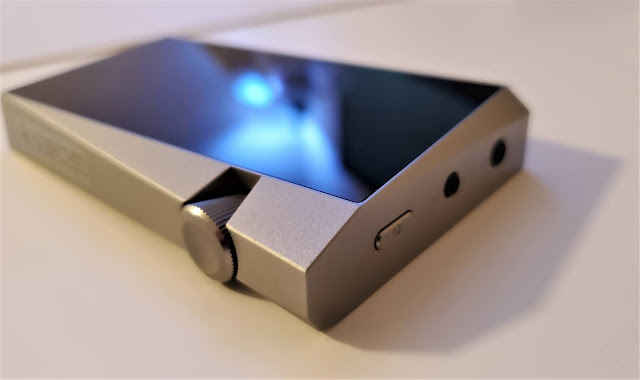 This model is a slightly larger version of the SR15 with a silver colorway instead of the darker tone of the older sibling. It's unique look of the titled screen is very polarizing, but I really dig it, because it looks correct when you're holding it in your hand.
And this is small enough to do so unlike the Cube, and that makes this one very easily transported in your pocket or by hand. It does have some square edges all around that may be annoying to hold, but a case can fix that up from my experience. 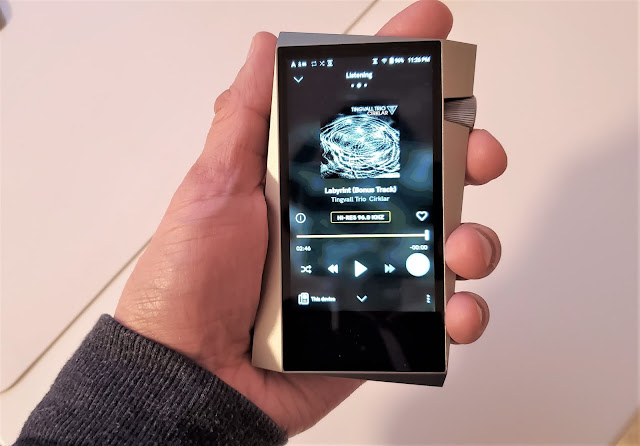 Like the Cube, above, the SR25 has USB-C, 3.5mm and 2.5mm balanced, 3 unknown marked buttons, and a clicky volume knob. The latter of these are all shrunken down in size to fit the smaller form factor.
The SR25 still suffers from lag that I experienced with the SR15. This isn't really seen if you just use the normal player and play only offline files, but when you start to use the app service and load up a streaming app, in my case Quboz, it becomes slower. It will vary a bit from time to time from running normal to grinding to a halt, especially if you're searching while listening to music, or doing offline downloads.
This really limited by both the weaker processor and the limited RAM on the device. I wish A&K, and most of these DAP manufacturers would put more effort into picking a more modern SOC and adequate RAM for using an Android system. It would solve speed, memory and battery issues.
Now the good news is the that the larger screen is a little easier to navigate than the small SR15 screen. I've gotten semi-used to working through a smaller screen of the ZX507, so using the SR25's similarly sized screen isn't too challenging, but folks with larger hands or fingers may find it problematic if you need to type.

The sound here is very A&K house sound. It's very mid-range focused with a warm and thicker sound. It's not quite as intimate and rich as the SR15 was from memory, as I feel its a tad leaner and the treble isn't as laid back,but it is still colored. It's very similar to my ZX507, though maybe with a bit more lower mid-range and bass emphasis even. This type of sound is very "musical" and people who enjoy that warm, liquid-type sound will probably enjoy this one or the other A&K DAPs, besides the Kann Cube.