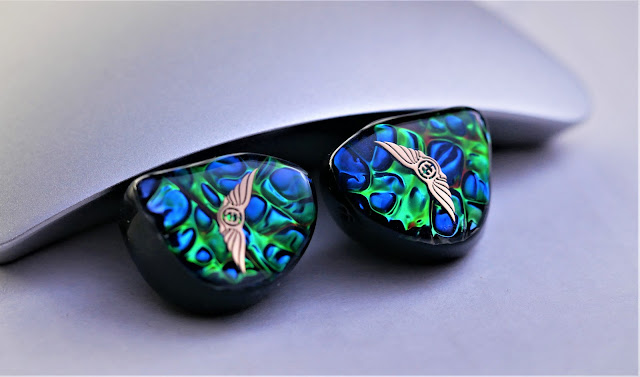 The Empire Ears Valkyrie is one of the newer IEM models from the company's X-Series of monitors. The Valkyrie is $1599 and is a tri-brid, 3-driver setup with a dynamic driver woofer, a balanced amature, and a Sonion Electrostatic Tweeter (EST) driver. This along with the Wraith are two of the tribrid IEMs that Empire Ears released in 2019.


I joined a Head-Fi tour of the Empire Ears Wraith and Valkyrie and being the last one of the tour, as of writing this, I was quickly sent these two units. I’d like to thank Empire Ears and Barra from Head-Fi for allowing me a chance to try these out.

The Valkyrie comes with in an average sized box with very cool drawer compartments much like the Sony IER-Z1R but on a smaller scale. It comes with a metal carrying case, a nicely braided Effect Audio Eros II cable, and a set of Final Type E tips and cleaning tools. I found the cable to be nicely made and looks attractive, however I did not like how springy it is which makes it a little hard to maneuver and hold in place.

The Wraith and Valkyrie differ a bit in design and size. The Valkyrie has a thinner shell which is a little lighter and easier to wear. It also has a spectacular green/blue/red shell that glows in different lighting, much like oil's rainbow refraction glow in sunlight. My photos in this review do not do it justice. In comparison, the Wraith looks rather boring and bland. 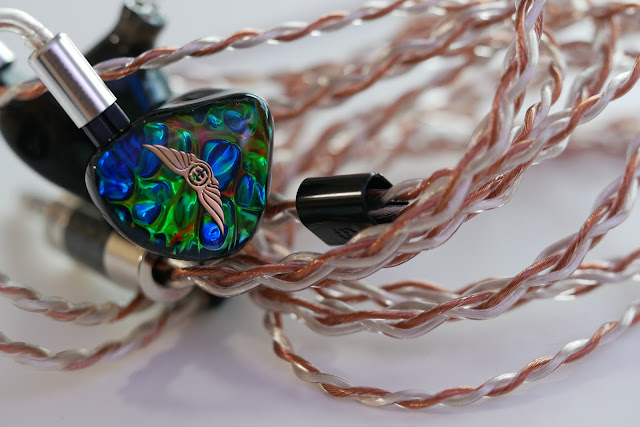 For the review I opted to use my own 4.4mm and 2.5mm balanced cables to make use of my various sources. For the sources, I used a mixed bag of digital audio players and desktop gear. The following are the combinations of gears I tested with:

The Valkyrie is undoubtedly a V-Shaped IEM with powerful bass and elevated treble. There is no denying that at all. But can I change my perception of V-shaped IEMs? That's hard to say. Most of the time, I can't stand this sound signature because typically the bass is overbearing to the point that it becomes muddy and bloated, and then the treble has such a large rise that it becomes overly shrill and sibilant.

In the case of the Valkyrie, I find the bass to sound really nice to be honest, but the treble is just beyond my breaking point in many types of music I enjoy.

When I first put these things on and strapped on some EDM music, my first initial reaction was, wow I feel like I am at a rave again, something I haven't personally gone to in at least 6 years. Boombastic bass and shrilly treble that made my ears want to bleed. But it's kind of fun too, like a guilty pleasure in some ways.

But, I took them off. And then I tried them on again, with different music. This time some indie rock and bluegrass -- my staple of Civil Wars, Chvrches and Alison Krauss. Chvrches' music had great thundering bass, but with so much emphasis in upper frequencies on their songs, I was a little fatigued right off the bat. With Alison Krauss and Civil Wars, I had a very forward sense due to the amount of string instruments and female vocals at play. Unfortunately with these types of music, I find that the female singers do sound a bit too shrill and too unnaturally bright.

So I removed them from my ears again. Disappointed and wanting to write them off again.

And then I decided, let's try rock music. Playing "Rooster" by Alice n Chains, I found that the V-shaped signature does wonders here with emphasis on the low end bass and metal guitars. Playing Radiohead however was a slightly more mixed bag, since again, I found the treble region to be just a tad too much, and was left with more fatigue.

I took a day off from the Valkyrie. And then slapped them on with rap music. I flipped my Sony ZX507 to Common's Be record, and instantly enjoyed this from start to finish with the Valkyrie. There's not a lot of upper range on this album except the occasional distorted female vocals like in "Testify" or the harmonics of drums, but for the most part, this album plays it simple and with the elevated low end and pinna gain, I actually found this to be a winning combination.

I can't say this is necessarily true for all rap music though, as I do find some bands like The Roots with ?uestlove's drumming to sound a little harsh, but in general, I do find it does well with rap and hip hop music for my taste, and also for the most part electronic dance music, as long as it's recorded pretty well. 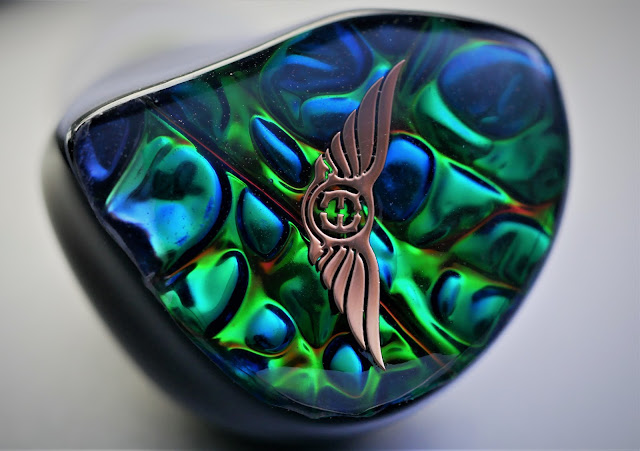 I really didn't go into a very thoughtful and concise description of my sound impressions on this review as I typically do, but that's because my experience with the Valkyrie is just that way, not typical. I don't know if I really like it -- actually I know I don't really like it, at least not enough for me to purchase it myself, but I definitely see the appeal of this set. It has a fun sound. It's a guilty pleasure, and it has technical chops to carry a sound signature I usually think of Beats or something first.

But the Valkyrie please it well, and there's no bass bloat and no muddy sound for the most part. At least not to the level of my typical expectations of a V-Shaped sound signature. It doesn't do every genre right, and in fact, I can't stand it for most of my normal everyday music, but it does take me back to a younger self where my music tastes were more aligned with stuff that suit this IEM more so than my current everyday listening.

Take these impressions as however you like. I think it's a very pretty and stunning IEM, with a sound signature that isn't for everyone, including myself, but I definitely can see people enjoying this one. For me, I need to the try the Legend X for a guilty pleasure IEM (i.e. bass but less treble).