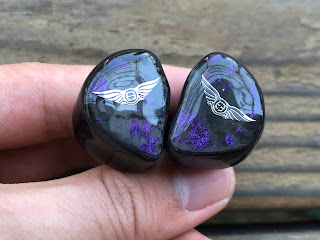 Before we get into this review, let me drop a few disclaimers.
So the kicker: I don’t have very high regard for the Wraith, and if you don’t take kindly to unforgiving explication, you can stop reading now. But hey, if you want to watch me tear down an empire, read right on.

Disclaimers aside, Empire Ears is one of the few, US brands that caters to the hi-fi IEM market. In this niche, most brands tend to do one of two things: Play it safely or go wild with their tunings. Empire Ears happens to fall into the latter category, and it’s done so to a surprising degree of success. The Wraith is their latest flagship IEM sporting no less than 11 drivers; seven BAs and four ESTs. It seems like they’ve packed a lot of technology into the Wraith, but unfortunately, it falls short of pretty much everything else I’ve heard in recent memory.

I received the Wraith as a part of a demo tour organized by Barra of Head-Fi. I am grateful for the opportunity, and as always what follows are my honest thoughts.

I’ll mostly let the photos speak for themselves. Credit where credit is due, Empire Ears really knocked it out of the ballpark here, and I love the accessories and overall presentation. 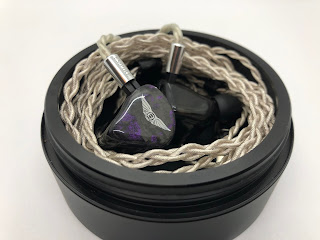 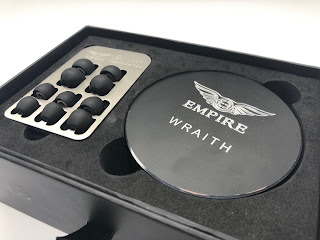 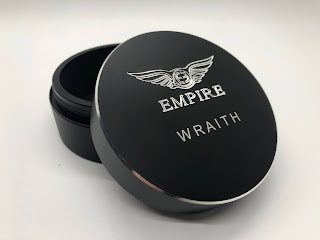 Please see here for a full-breakdown of my testing methodology, music preferences and more.

Suffice it to say that I wish I’d never opened Pandora’s Case, the name of Empire Ear’s beautiful IEM container. As Pandora of myth brought carnage upon the world for her curiosity, so too must I upon you, the reader, in the form of this review.

Lame analogies aside, the Wraith has a warm, dark tuning which should be pretty non-offensive. For lack of a better word, it’s basically auditory Xanax (the stuff used to treat anxiety). Or at least that’s what I’d like to call it, but I just can’t. When you have a $3500 IEM, there are expectations to be had. Along this line, the Wraith has too many glaring holes in its sonic qualities for me to consider the IEM simply boring, like I might a less-expensive IEM.

The first thing that struck me as off about the Wraith is the midrange, it’s tuned wonkily. Vocal presentation is muffled, sort of like when someone is talking to you through the wall of an adjacent room. Obviously that’s a superlative for illustration’s sake, but that’s the best way I can depict it. On Sabai’s “Million Days” when the vocalist, Claire Ridgely, enters she sounds hollow and recessed; the midrange reeks of BA timbre. Perhaps the saddest thing here is that the Wraith doesn’t discriminate, it defiles with no regard for vocalist gender.

Cue the song’s opening drop at 0:27. The drop extends, but it’s decidedly one-note and lacks any semblance of authority or slam. All the hallmarks of BA bass, and it’s not even a question of quality over quantity (the Wraith runs close to neutral here). To this effect, you can be sure that anything like EDM or pop music is particularly disappointing on the Wraith. Like so, the Wraith is already zero for two.

But what really kills the Wraith is the treble presentation. The definition of the word ‘wraith’ is a “ghostly apparition” and boy is the treble reminiscent of it. Calling the treble laidback would be an, um, charitable description. Treble is so non-existent on this IEM, that frankly, it sounded inverted the first time I heard it. Along these lines, the Wraith inexplicably manages to tame Girls Generation’s “Galaxy Supernova” which is one of the most treble-intensive tracks in my entire library.

Generally, if you’re zero for three, it means you’ve struck out. But not so fast – we still haven’t discussed technicalities. And surprise, surprise, the Wraith falls flat here too. This thing has seven BAs and transient speed is slow. Furthermore, the Wraith is utterly lacking in dynamic detail, particularly in the midrange and treble. Make no mistake that the Wraith fails in any and every technical aspect you could possibly throw at it. This culminates with the whole frequency spectrum sounding dampened and like the living dead are crawling out of their grave.

And in this vein, I think that the Wraith truly lives up to its namesake: It produced a dead caricature of every song I put through it. And believe me, I tried. To no avail, I wasted hours trying to find something, anything, that would work well with this IEM. I even let my dad have a listen – without telling him the price of course – and he told me that everything sounded “closed-in and horrible”. So congrats Empire Ears, if you can’t tune your IEMs, you certainly know how to name them.

Let’s talk about how the Empire Ears Valkyrie (1DD+1BA+1EST) compares. Both have somewhat esoteric tunings, but the Valkyrie actually feels like some thought went into the process. Bass on the Valkyrie runs circles around the Wraith’s one-note, hollow response, and the mid-range presentation is thinner but cleaner on the Valkyrie. Despite it’s aggressive V-shaped tuning, the Valkyrie is also leagues more competent than the Wraith in terms of technicalities. The Valkyrie’s presentation is exciting, engaging, and has something called life. And there’s actual treble! All this to say that sometimes less is more, and you can’t just shove drivers into an IEM hoping for the best.

It’s fairly clear to me that Empire Ears tuned the Wraith out of something that was…well, not at all portable. From the crazy sensitivity to the fact that there’s apparently actual treble out of a high-power source alludes to this. Here-in lies the problem: The Wraith is an IEM and much of an IEM’s function is predicated on portability. Thus, why would you run the Wraith out of a desktop setup when you could just be using headphones instead?

But I digress. If there’s one thing I’ve learned in my brief stint of this hobby, it’s that there’s literally something out there for everyone. And although my words might fall on deaf ears to some at this point, I seriously believe this. If you enjoy the Wraith’s sound then have no shame in it; as I garner from other reviews, some genuinely do seem to like it. Nevertheless, I’m of the opinion that the Wraith’s pure sonic qualities are far from meriting a $3500 price tag, and I cannot in good faith recommend this IEM. Perhaps the most disappointing part of my time with the Wraith is knowing that Empire Ears can tune stuff well and utilize ESTs as evidenced by the Valkyrie.

Understanding my score: This is a personal, subjective assessment of an IEM’s sound quality. I don’t take into account any other factors, and it’s relative to the absolute best sound I’ve heard. As a baseline, I would consider a 3/10 average, 5/10 good, and 7/10 excellent.