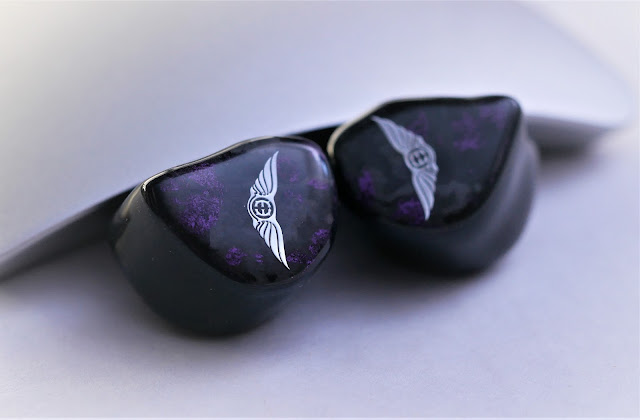 I do not really know how to begin my impressions of the Empire Ears flagship in-ear monitor from
their EP series, the Wraith. This $3500 IEM is one of their newer models that also includes the use of four Sonion EST electrostatic tweeters, as well as 7 balanced armature drivers, making this an 11-driver hybrid.

I say I’m not totally sure how to begin this because I was mostly puzzled when listening to this IEM for the first few songs. As I listened to it more, the progressively worse state of shock I found myself in.

I joined a Head-Fi tour of the Empire Ears Wraith and Valkyrie and being the last one of the tour, as of writing this, I was quickly sent these two units. I’d like to thank Empire Ears and Barra from Head-Fi for allowing me a chance to try these out.


The Wraith comes with in an average sized box with very cool drawer compartments much like the Sony IER-Z1R but on a smaller scale. It comes with a metal carrying case, a nicely braided cable, and a set of Final Type E tips and cleaning tools. I found the cable to be nicely made and looks attractive, however I did not like how springy it is which makes it a little hard to maneuver and hold in place. 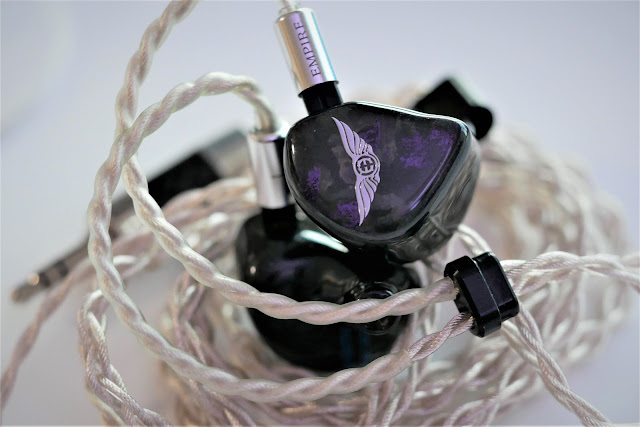 For the review I opted to use my own 4.4mm and 2.5mm balanced cables to make use of my various sources. For the sources, I used a mixed bag of digital audio players and desktop gear. The following are the combinations of gears I tested with:

I think the Wraith is very limited. It has a tuning that I do not think works well with many genres, and, for me, cannot be considered an all-arounder by any stretch of the imagination. Due to its bass and treble roll-off as well as its really dark tonality and sharp shouty nature make it one of those one-trick ponies that our Podcast team discussed recently.

The Wraith does have good resolution and I think generally images well, but I feel like I expect a lot more from the price tag of $3500 USD. That’s a large chunk of change and I feel like, price and performance consideration only, it fits more in the $1000 (or maybe much less) range. The tonality is strange, but it doesn’t falter in every genre.

I think it sounds perfectly acceptable in music that really focuses on the mid-range, and mid-range only. Acoustic guitar music with male vocals sound fine, so I did enjoy the more intimate tracks from Chris Stapleton’s library for example. Even for some female vocal, acoustic, tracks, like Civil Wars -- I found this to be quite acceptable.

Where I find it falters heavily is when I listen to jazz music or rock music with a heavy emphasis on drums. Drums sound very dead, dull, and lacking any liveliness at all. It’s to the point where when I listened to Tingvall Trio’s Bumerang, I wanted to immediately take it off and not listen to it again. The song has a heavy dose of snare drum and cymbal hits that carry the song from start to finish, and each strike sounded flat and thud-like, and lacked any liveliness to it at all, and because it’s such a focused part of the song, I could not finish the track with the Wraith on.

I find this problem rears its ugly head in many tracks, with only the music that focused more on the mid-range instruments sounding alright to me. Still, despite it’s darker tonality and lack of treble extension (wait, there’s four EST drivers in this thing?), I find imaging to be solid and detail retrieval was fine in the audible range of the IEM. That again, means I still can’t hear the upper harmonics, or if I did, it’s severely lacking, especially at the asking price.

Another thing about the Wraith that’s good to know is that it is extremely sensitive, if not the most sensitive IEM I’ve tried to date. Because of this, you do not need to go very far on your volume dial and if you have a hissy amp, it will hear everything in full effect. I recommend a very clean source for the Wraith. 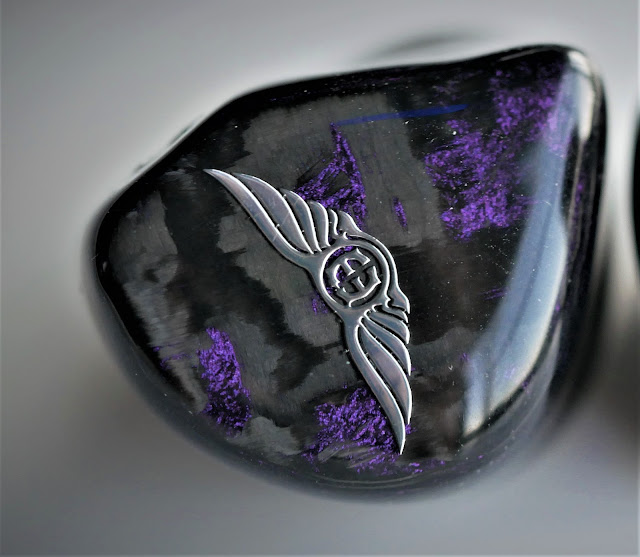 While I think the Wraith sounds passable for some very specific genres, such as guitar-focused acoustic rock music, I find that it's lack of treble and treble extension makes it severely limited for many other genres and types of music with a wider array of instruments. Some may find the tuning unique, thick and molasses (insert syrupy buzz word here), but that doesn't really jive with me too much, because I don't think treble should sound that way. Instead, it makes some lively music sound rather dead and uninspired.

I am also more impressed with the box than the accessories package. I'd expect a little more from add-ons of this price range. Competing companies offer better cables, better cases, and more accessories.

I do not totally fault everything in the Wraith, however. It does have pretty good resolution and imaging is good, however I expect a lot more from an IEM that cost $3500 and considered a flagship product and even if it touts 4 new EST drivers.