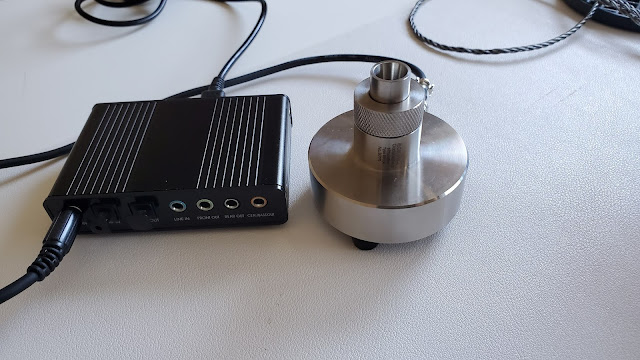 On the Topic of Measurements...

One thing that I've seen posted a lot lately is how measurements stack to one another and this and that. One thing I'd like to clear up is how these measurements are taken and what limitations there are.

First off, there are many different measuring rigs used out in the hobbyist world. Some use DIY rigs such as buying a Dayton IMM-6 or MiniDSP UMIK and using tubing to create a meaurement rig for IEMs. Some use MiniDSP EARS, which is a budget measurement rig that has an artificial set of ears and measurement mics in the center. Some use a 3D printed coupler called Veritas created by a DIY IEM enthusiast. Some use industry standard measurement rigs, that are either made by the big brands like GRAS and B&K, or some use Chinese knockoffs (like me) which are clones of the GRAS RA0045 or B&K Type 4157 Artificial Ear Couplers. 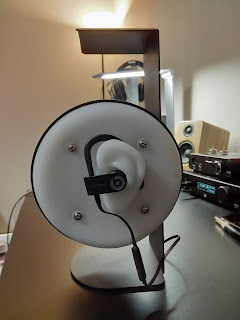 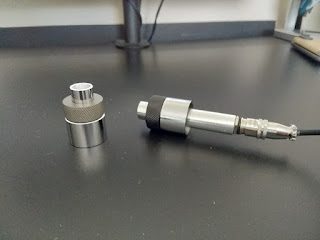 Each of these systems has its limitations. The only one that is relatively consistent across the board is the IEC-60138-4 /IEC711 couplers, but even those can have variation in certain things. These are made to an industry standard though.

These limitations can include resonance within the coupler itself -- the GRAS RA0045 has inherent resonance at around 13.5KHz which creates an artificial spike in energy at the frequency. This can actually be shifted around by how far the IEM is inserted into the mic, as well as what tips are used. The deeper the insertion, the higher frequency the resonance will appear. The shallower the insertion, the lower the frequency.

The below example is 4 measurements of the same earphone. In this case, it is the included earphones that comes in Samsung Galaxy phones made by AKG/Samsung. Insertion into my measurement rig was only slightly shifted in and out by less than 1 mm each time, and the results should show you how much this affects the measurements.

Some of us in the measurement hobby have used 8KHz as a target resonance frequency to aim for, as this works well with the stick version of the coupler. You'll notice that, in a lot of graphs, there is a uptick in sound pressure level (SPL) around 8KHz, and this is done on purpose. Unfortunately, this makes the area from 8KHz and BEYOND less accurate.

With my newer base coupler version, the same insertion depth puts this peak at around 9.5KHz so there will be some variation moving forward.

Now back to the inaccuracies -- the GRAS unit is only accurate to about 10KHz. This is even mentioned in Harman International's various papers when creating their IEM Target Curve, that they only measure up to 10KHz, and that's why there's a drop off of their curve at that frequency.

So what am I getting out of this?

The frequency response after 8KHz can vary and may not be accurate. Also, each individual's hearing is dependent on their ear anatomy and pass 10KHz or so, it can vary greatly due to canal resonance and insertion depth. This is also why CIEMs may sound differently than a universal, and measure differently as well.

And the other thing is, measurements may differ from user to user just based on the rig used and the measurement depth used and the tips used. There's a lot of variables at play.

So comparing measurements to another has a lot of limitations and assumptions, and one should only assume measurements are accurate upto about 7-8KHz, no matter the system. If using EARS, this accuracy drops to about 4K, and even less for other systems like the IMM6.

There have been some improvements with measurement rigs moving forward, as GRAS has newer couplers like the RA004X that has a frequency resonance much higher up the response due to dampening in the coupler. Whether this is accurate of real hearing is up to debate though.