This is a review of the Tin HiFi T2 Plus. It is a single DD IEM that costs $50-60 (depending on sales) from Linsoul. I received the T2 Plus from Linsoul in exchange for this honest review. I have not been or will be compensated in any other way.
For those new to Tin HiFi (formerly known as Tin Audio), here's a quick primer. A couple years ago, Tin HiFi released the T2. Relatively unknown at the time, a few people picked it up as yet another ChiFi curiousity thanks to a handful of reviews and a timely Aliexpress spring sale. To their surprise, the Tin T2 was a splendid IEM with a unique neutral tuning rarely seen in the budget realm. Rave reviews soon followed. Spurred by the success of the T2, Tin HiFi capitalized on their newly acquired brand recognition, soon producing well regarded IEMs such as the Tin T3 and T4 but occasionally stumbling with questionable IEMs such as the T2 Pro.
Within the past few years, ChiFi has been undergoing somewhat of a renaissance. Mostly gone are the days of poorly tuned V-shaped monsters from companies like KZ. The budget market is now filled with a wide variety of decently well tuned IEMs to fit any one's taste. And all of this started with the T2. Perhaps I may be giving the T2 too much credit as it surely isn't the first hyped up ChiFi IEM. But as far as I can tell, it seems to be the first reference-style tuned IEM that kick-started a entire paradigm shift in the budget market.
As for the T2 Plus, it is Tin HiFi's latest offering after the release of the Tin T4. But don't let its name or low price fool you. It doesn't have too much in common with the original T2 or any of Tin's other offerings. Priced at $50-60, it competes directly with the Tin T3. So where does it stand? 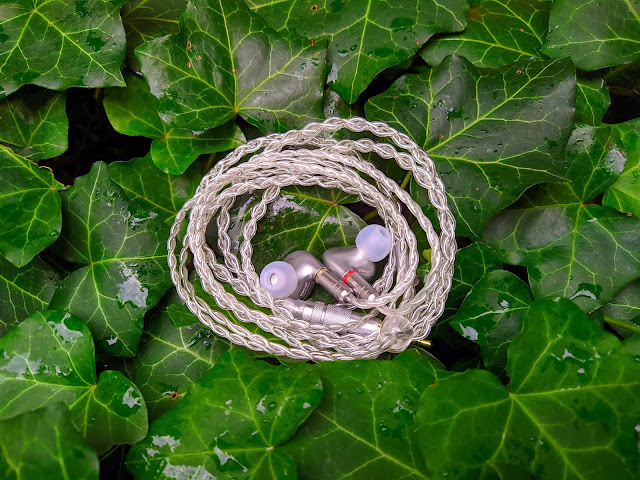 The box it comes in is reminiscent of the original T2: a simple white box. The inner box opens to reveal the IEMs themselves with a compartment below that holds the MMCX cable, foam tips, and a few pairs of silicon tips. As usual, Tin HiFi is stubbornly sticking to the MMCX standard despite the multitude of issues it has given them in the past. This time however, the cable is quite nice. It's soft and supple with no cable memory and low level of cable noise. The MMCX connection feels solid and does not swivel freely. It does have included earhooks of the soft molded kind without memory wires. Like the Tin T3's cable, the T2 Plus' is one you likely won't want to replace.
The fit of the T2 Plus is shockingly good. Despite looking like a Blon BL03 ripoff, I was floored at how well it fits me and how comfortable it is. Between its ergonomic shell and a nozzle diameter that's smaller than the previous T2/T3/T4, I wouldn't mind if all future Tin HiFi IEMs use the same cable and shell. This is one of the best fitting and comfortable budget IEMs I've tried.

Right from the get-go, the T2 Plus is not the T2. There is too much bass here compared to the relatively bass light T2. The best way to describe it is as a mild V-shape with a bright slant. It has a sizable bass boost that extends into the mids to give it an overall warmish tone. Upper mids aren't overly blown and transitions nicely into a lively treble. As a whole, its signature has a maintains part of that Tin HiFi reference tuning masked under an elevated low end. For most people, the T2 Plus will have "fun" tuning that works well as a jack-of-all-trades with an overall balanced tone.

My biggest (and only) gripe with the T2 Plus is its bass response. It has a reasonable amount of bass to give the T2 Plus low end presence and extends down to about 40 Hz with a minor roll-off at 20 Hz. The T2 Plus maintains this bass response all the way in to the mids, giving it a more mid-bassy signature rather than a sub-bassy one. The problem is that the T2 Plus' bass response is undefined when it comes to drums. It's loose, boomy, and weirdly enough... bouncy(?). The kick drum and low toms seem to lack that part of that deep, weighted oomph to them. It's as if you hear more of the beater head or stick impact and the immediate bounce back of the drum head rather than the full resonance of the drum. It doesn't have the slam or tightness necessary to convey a sense of authority. Nor does it have much rumble. In this respect, the T2 Plus is unique as I have not heard a bass response like this before. Despite graphing with a sizable bass response, low notes sometimes just does not have as much depth I'd expect. Perhaps it has something to do with the upper harmonics in the treble. I think that perhaps if the T2 Plus had about 2 dB less bass, this effect would be somewhat mitigated or at least, less noticeable. Overall though, this isn't a deal breaker by any means. Bass presence is clean and notes are well defined in bass guitar or synth lines.

I quite like the mids of the T2 Plus. The low mids are slightly warm and bring a touch of richness to a variety of instruments. The upper mids cut cleanly through without ever being harsh. Instruments are realistically presented and balance nicely with each other in the mix. Vocals are neither too forward or recessed, with no preference towards male or female vocals. Typical vocal pitfalls aren't a problem here; vocals aren't shrill, shouty, or sibilant. The upper mids may graph odd with its early rise and plateau starting around 1.5 kHz, but there's nothing odd about the sound. As a whole, the T2 Plus' mids fall within a Goldilocks zone for me. Everything is about right. Maybe minor tweaks here and there would make them sound phenomenal but I'm happy with what the T2 Plus brings.

I really like the treble of the T2 Plus. It's leans bright with a sustained lower treble presence that continues seamlessly from the upper mids. I particularly like how smooth the T2 Plus' treble sounds; there are no noticeable peaks or dips that jump out at me. My simple test for treble is how well it can render hats and cymbals and the vast majority of IEMs I've tried fail this test. The T2 Plus does not. The notes of the ride cymbal have that clean, delicate, crystalline shimmer to them. Hats have a crisp, lively sound that brightens and adds flavor to music. Crash cymbals have a gracious decay and rarely devolves into a trashy mess. Chime and bell-like instruments are able to cut right through the mix without seeming out of place. Rarely do I enjoy the treble of an IEM this much but the T2 Plus simply does a tremendous job without relying on an overly bright and exaggerated signature. Its presentation by far the best of any budget IEM I've heard and I certainly wouldn't mind it on some of the higher end IEMs I've tried.

Soundstage is above average for width, average for depth and height. Imaging is really quite solid with a nuanced spatial distinction. There is a nice sense of space in this IEM that isn't in-your-face or closed off. I think the former is due to the non-shouty nature of the tuning. The latter is from the rather sizable vent holes that allow the driver to breathe.
Resolution is fantastic for its price. It isn't as immediately noticeable like on the Tin T4 or the Moondrop Starfield, but follows closely in their footsteps. In the same vein, note separation is quite good and really shines in slower, well recorded songs. Instrument separation is above average with decent layering, taking good advantage of the overall staging. 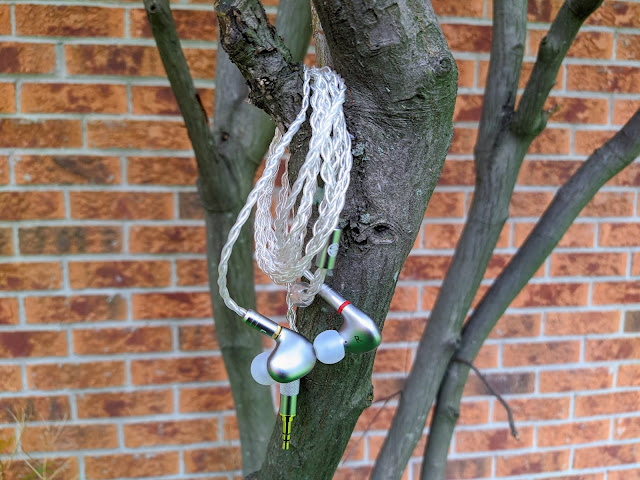 Ah the T2, the IEM that started it all. Unfortunately, over the past couple of years, it hasn't up to the test of time that well. Tuning wise, it's still a very unique IEM. Its upper mids combination with the minor lower mids bump is magic. But unless you want that specific tuning, the T2 Plus otherwise beats it handily in technical ability. The treble response on the T2 Plus is notably better as the T2 has a couple of noticeable peaks and dips that manifests on my hats/cymbal test. At $35 vs $50-60, the T2 Plus isn't exactly in the same price bracket. Nonetheless, I'd get a T2 Plus over the T2 if you don't have a T2. If you do, I'd save up for a more substantial upgrade.

In my opinion, the T3 is criminally overlooked. It's essentially an improved T2 that does not stray from the spirit of original tuning. Here, I prefer much prefer bass of the T3 than in the T2 Plus. The bass of the T3 isn't anything spectacular but it does have the tightness and slam that the T2 Plus frustratingly lacks. Technical ability wise, the T2 Plus does edge it out, only by a bit less this time around. At about $50-60 for either, it's honestly a toss-up which you should get. I'm inclined to say the T2 Plus just because the fit is likely to be better for most. And like the T2, the treble response of the T2 Plus is better than the T3.

And here is the T4, one part of the $100-150 trifecta along with the Moondrop Starfield and the Etymotic ER2. The T4 undoubtedly has better technical ability, especially in resolution and bass response. But the T2 Plus takes the tuning and tone crown. The T4 may come off as too lean for some, with a potentially unforgiving treble. At $50 vs. $110, the T2 Plus is just a better value proposition. Plus, the much improved fit and better cable are just the cherries on top. The T4 still has its place as one of the most technically proficient IEMs at its price point but the T2 Plus is going to be a much safer buy for most. Now, if you're able to find the T4 on sale for $79, I'd start to lean towards getting the T4. 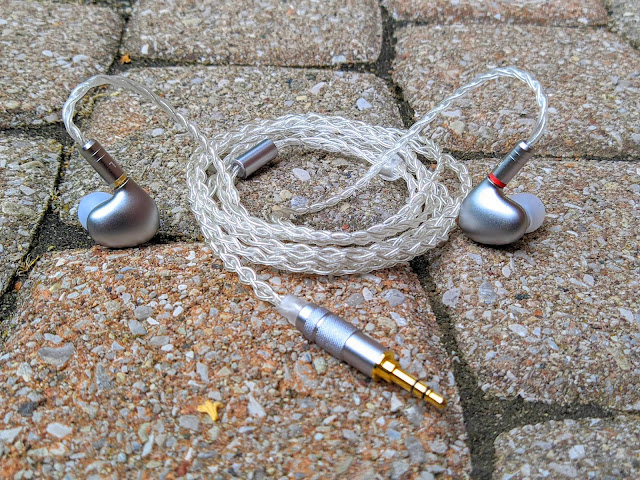 Yes. If it hasn't been obvious yet, I really like the T2 Plus. I consider it to be one of the best IEM in the very competitive $50-60 segment despite my reservations about its bass. Sure there are other good IEMs at that price point but if you want a more balanced IEM that still maintains that fun factor, the T2 Plus makes a very compelling argument. And if you really value your treble, well, the T2 Plus may be the only budget IEM worth looking at.
To be honest, I wasn't thrilled by the T2 Plus when I first listened to it. In the first 10 minutes or so, I was fairly nonplussed (pun intended). Coming from much better, more neutral reference gear that I had, the T2 Plus sounded a little generic. It's certainly no giant killer. But as I started using it over the next couple of days and realized that it only cost about $50, I quickly became impressed. The price/performance of the T2 Plus is simply stellar. If only the bass response was halfway as good as I'd like it to be. Alas, it seems like despite Tin HiFi's best efforts, all of their great IEMs seem to all suffer from some minor flaw that keeps them from relative perfection.