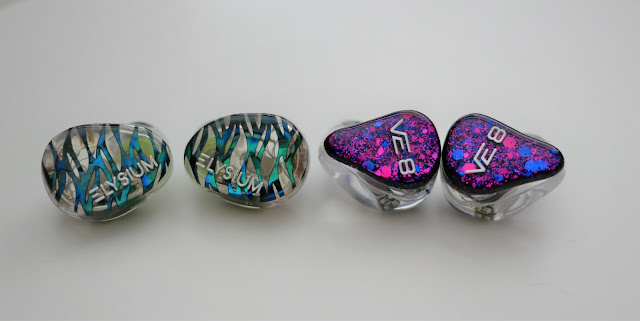 Vision Ears is an In-Ear Monitors (IEM) company out of Germany that mostly specialize in high end custom models, however do have a few universal sets as well. This review will cover two of their popular models, the VE8 and the newer Elysium.

The VE8 is a multi-BA set with 8 balanced armature drivers and has been one of their most popular models. The VE8 is priced at about $2185 USD (excludes VAT).

The Elysium is a tri-brid IEM, meaning it has 3 unique driver types in it. The low end is produced by a BA, while the midrange is via a dynamic driver. The upper range is provided by the newer Sonion Electrostatic Tweeter (EST). This model is priced at around $2385 USD (excludes VAT).

Both of these units were provided to me through the Head-Fi Loaner Tour coordinated by Barra, and loaned out by Vision Ears. Thanks for allowing me the opportunity to demo both of these units, which I've been very patiently awaiting a chance to demo for a very long time. 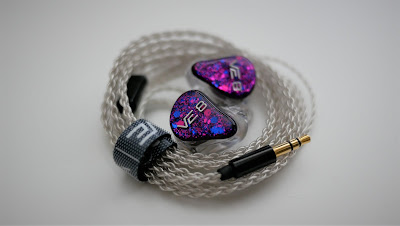 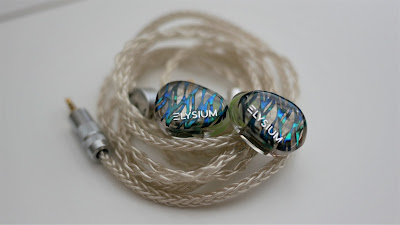 Both of these tour units came with just their carrying case and the IEMs and cable, so I do not have a representation of what the full packaging is, however this can be found on other sites on the internet.

The VE8 comes with a heavy-duty metal case with an embossed "VE" logo on it, that twists on and is quite sturdy and heavy. The included cable is a thin, nicely wound braided silver cable that is quite similar to the cable included with my Hidition Viento. 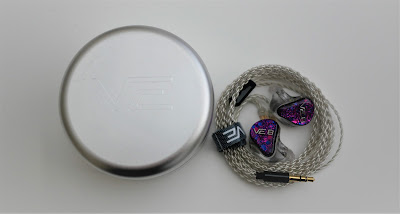 On the other hand, the Elysium comes in an all-leather dark blue carrying case with textured stripes and the VE logo on the top side. On the inner side of the top half of the round case is the name "Elysium" branded on it. It's cable is a little thicker than the one included with the VE8 and also silver colored. 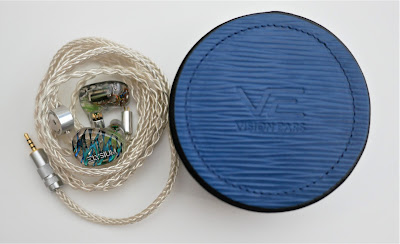 The design of both of these units are definitely made to stand out. The VE8 has a glowing shiny pink look that really sparkles and immediately makes you stare at it. The Elysium is much more muted in eycatching glimmer, but it has a nice clear and blue/green look to it that is unique and stylish on its own.

Both of these units look very much like custom demo units. They have long narrow nozzles that extend and look like they are added on to an existing shape more so than looking like they belong there in a continuous mold. The depth they insert in is important though, and that is why the size and length can be intimidating at first. They are meant to insert as far in as possible since these IEMs were originally designed with customs in mind.

Luckily, with SpinFit tips, I was able to insert them both comfortably and very deep without any problems. Seal was great and isolation on both were excellent.

For this review, I did most of my demoing on digital audio players, which include the Sony NW-ZX507, the Astell & Kern Kann Cube, and the Astell & Kern SR25. I also used the iFi Zen DAC and the Schiit Jotunheim in both single ended and balanced.

Listening to both of these IEMs made me realize how similar and how different they were. They both share very similar tuning in that both are warm-bodied, with a slightly dark and laid-back sound to them, except the Elysium has improved treble extension and a little more energy in the upper mid-range treble overall, and generally sounds more tonally correct to me.

Now, that said, despite the low end and mid-range sounding similar tonally, these two differ significantly in how things are presented and it surprised me given the price tags on which performs better overall.

The VE8 is a much more coherent IEM, and surprisingly so, given it's large bass and lower mid-range emphasis. I never found it too bloated or muddy, once I got used to the sound. Coming directly from the much more lean sounding Hidition Viento, this was a bit of change, somewhat how I feel listening to the Hifiman Arya and then putting on my ZMF Verite immediately afterward. The resolution is great and on-par, but the warmer body and more darker treble tonality is a bit jarring upon first listen.

That said, the VE8 is smooth, and has a nice intimate sound signature that really does wonders with rock music and I can dig it for vocals when I just want to relax. Despite being a bit darker than what I am accustomed to, I don't find it lacks any detail resolve or clarity. There is a little missing upper treble extension, but not enough to make drums, cymbals and violins sound dull. Just enough is there to make it sound realistic enough without too feeling too blunted.

The mid-range is what really carries the VE8 though. It's thick sound is engaging and juicy, but still a pleasure to listen to despite my thinner sound preferences.

On the other hand, the Elysium is a bit more of a mixed-bag. Let's start with where it beats the VE8.

The EST drivers really show their potential in this IEM. Treble is well extended and very clean and resolving. Its the saving grace in this IEM to be honest. While it is extended, and boosted up from the VE8, I don't find it overly emphasized and never found any sibilance, fatigue, or too sharp and distracting. It's a very nice amount with the technical chops to keep it interesting.

Where I find the Elysium really falters is it's mid-range. It's just very mediocre sounding for something that is considered a flagship, or near flagship in Vision Ear's case. For the top-tier price, I want my mid-range to be excellent, as that's a very central part of all music and listening. Instead, the mid-range sounds rather bloated and lacking strong definition.

No matter what music I threw at it, besides perhaps hip hop and EDM music, where mid-range is less important for me, I was left quite disappointed in the Elysium. I don't know if this has to do with the choice to use a dynamic driver for the mid-range instead of the low-end or not, but it just doesn't sound very clean.

Another flaw I found with the Elysium is the lack of any coherency. The VE8 sounds smooth throughout the entire frequency range, while the Elysium has clear disjointedness from the low end, the mid-range and the treble, which is each controlled by a different driver type. While I do find this problem occurring on many multi-driver hybrid/tribrid setups in the past, I think it's less acceptable when you are paying this much for a product.


I do want to mention that the VE8 was very sensitive to output impedance and that means source matching is critical. I measured and also listened to this IEM on my Jotunheim in the single ended output and then listened to it using balanced and the sound differences was devastatingly different. The midrange just bottomed out completely and it sounded like a bloated mess. Measurements, as well as the VE8 impedance graph back this statement up.

The Elysium also suffered from a change of output impedance. With more OI, the bass level increased, while the treble decreased.

Because of this, I do want to reiterate that source matching and amp pairing is highly important for the sound signature in both of these IEMs. 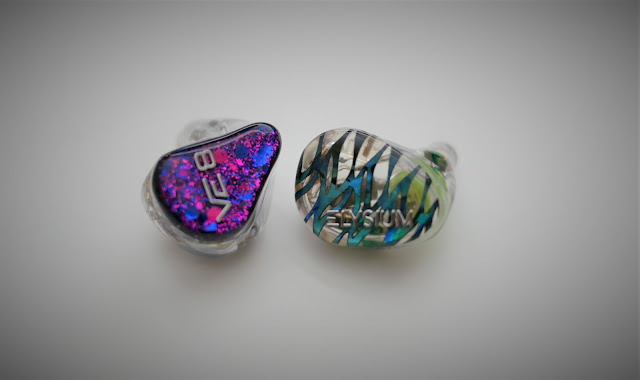 This one was definitely a tale of two story arcs.

The VE8 is the tried and true multi-BA setup that comes together in a coherent package that is overly warm and missing a bit of sparkle, but can quickly become a guilty pleasure for it's smooth, rich sound that's easy to listen to. While I do think it's a bit pricey, it does do a lot things really well.

The Elysium is the attractive technical wonder with three separate driver types and the new EST technology that doesn't come together in the end, however this is the first EST IEM that I found that makes full use of the treble technology and that I do applaud VE for.

While, I don't think I will replace my Hidition Viento-B with either of these, I do think the VE8 would compliment it well given their different sound signatures. The Viento is a thinner, more neutral and reference tuning, while the VE8 adds the richer, warmer, and more laid-back approach, while both are strong in coherency and have solid resolution.