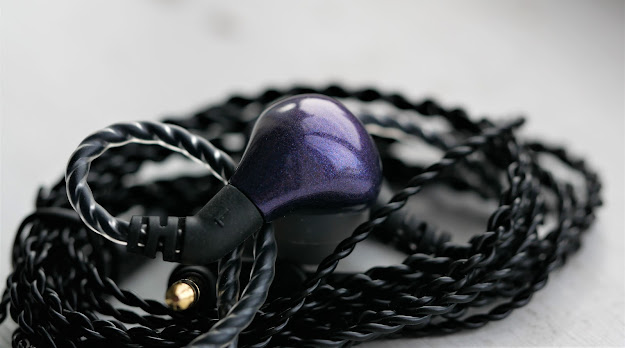 The BLON BL03 was released last year and became a hot seller due to a lot of ecstatic reviews and praises from many people in the community. I wasn't quite as thrilled with it due to a few things, but still thought it was a very good IEM for it's asking price of just $35-40 USD.
Fast forward to today, and BLON has released an updated color for their instant classic:"Purple/Blue." Being a lover of the color purple, I quickly figured I should probably just buy a purple one for the heck of it. I had given away my previous BLON BL03 review set to somebody and having an oppoty to have a purple version for a reference was a good idea.
Lucky for me, perhaps, Anne from "KeepHifi" and "WooEasy Store" on Ali Express contacted me around the same time and asked if I wanted to review the new purple set, so I said yes and here we are today.
Since this review unit was provided, the link to the BLON BL03 on Woo Easy can be found here: https://www.aliexpress.com/item/4001286920071.html
Keep Hifi is also at http://www.keephifi.com
I have already reviewed the BL03 previously, but I'll provide a re-visited set of impressions in this article.

The BLON packaging remains the exact same as the original with the rectangular cardboard box bottom and plastic top with the infamous BLON acronym printed on the top.
Belief. Let Music Burn. Oppoty. Never Give Up.
The same black braided cable is included which gets easily tangled and same tip set up as I remember. The only difference this time around is, of course, the color of the aluminum metal shells. In my case, purple. The purple coating shines with the metallic finish, and has a flakey appearance to it. While the official color is "purple/blue", it does lean more towards a dark violet color and that makes me happy.
Unfortunately, just like before, getting a good seal and fit is challenging on the BL03. This time around, I am better equipped. I found that for my ears, the combination of the BL03 and the SpinFit 360 tips make fit, comfort, and seal an actual plausible combination. These tips were made for True Wireless IEMs, but fit the nozzles of the BL03 just fine. 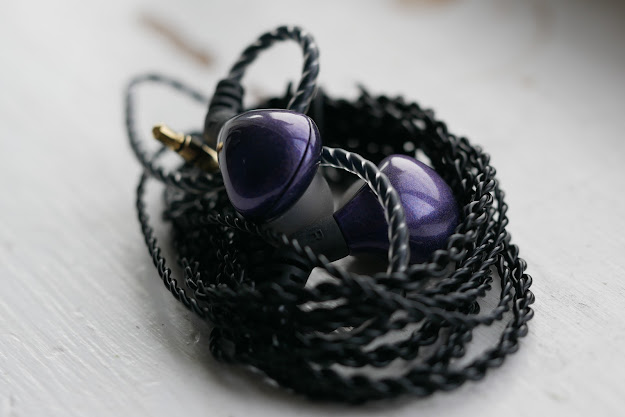 The first question many will ask is if the tuning has changed. The short answer is no.
I measured the purple version and compared it to my original set and the measurements are within a decibel or so with each other across the frequency range. It is worthy to note a couple things:  (1) my coupler has changed since the original measurements, though they are "close enough," and (2) the original set had a small variation in its measurements as well. This measurement can be seen in my graph below, where one side has a flat line in the mid-range starting at 400Hz and the other has a small dip. If I recall correctly, other measurements performed by Crinacle also showed dipped mid-range instead of a flat line, so there are possible two tunings out there in the wild, albeit very small differences.

I don't want to go into too much detail but my general impressions are that the BLON BL03 is a nicely tuned set, especially for the tiny price tag of just $35-40 USD, and sometimes less when they are on a special sale. They are tuned to be a little fun, but well-balanced at the same time. There's a nice bass shelf and an exciting treble range that isn't overly done to the point where it's annoying. On the right set, like this purple one, the mid-range is flat and linear making it have a good rich tonality that works well to keep vocals even and not having too much recessed sounds.
But I'll be real too, these are not the end game killer for me. While the general tonality is quite good, I do find the bass to be a bit blunted, lacking texture and defined resolution. They are plenty punchy and have good slam, but just doesn't have the full resolution down low and into the mid-range that I get with my other sets. Still impressive for it's price tag.
The other thing I am not super fond of is that it's a tad forward, especially in the treble region, where things can become a little splashy at times and the fact that these do lack a bit of layering capability and depth, so imaging isn't the best, however quite good for its price tag and then some. I'd say that these could be priced in the $150 range and compete, and to me, that's saying it's comparable to one of my favorite budget Moondrops or Galaxy Buds, which I believe the BLON is comparable to in both tonality and technical capability.

With a better tip choice this time, the Spinfit 360, I do find that I can appreciate the BLON BL03 a little more this time around than my original take on it. I still have similar nit-pickings with it's bass resolution and treble sharpness, and lack of technical performance, but I can't deny that these have nice tonality and a fun punch to them at a fantastic value price.