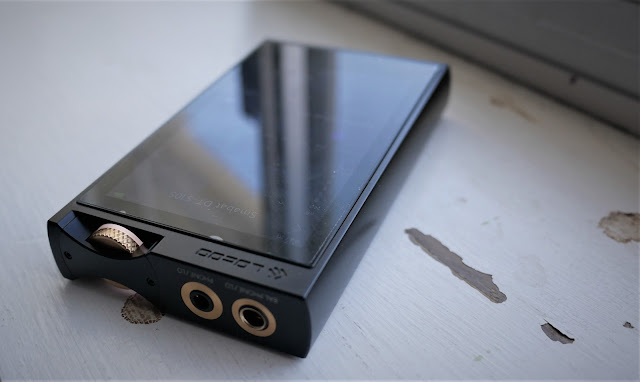 Lotoo is a Chinese brand who has been in the audio market for many years making audio players and audio recorders and have had a line of digital audio players that have been very well received. I personally had never had a chance to really play around with one save a few minutes with the Lotoo PAW Gold.
In looking at various DAPs to invest in, the one that I always came back to was the $1200 Lotoo PAW 6000. I never committed to buying it because I always felt I wanted to have streaming capabilities and quickly turned my attention to Android-based players, which led me to buying and owning the Sony NW-ZX507 for nearly a year now.
But things change of course. Nothing against the ZX507, but I did want to get something a little more neutral and resolving, and my search picked up more recently after picking up the Cowon Plenue 2 Mk II which was surprisingly marked down to nearly 70% off it's retail price during a special sale just prior to Prime Day.
I learned to use both the Sony and Cowon players without streaming capability and it was good for most cases but I still occasionally missed not having the ability to quickly use Qobuz or Spotify. In came the Paw 6000, which I purchased from Andrew of MusicTeck at the following link:
https://shop.musicteck.com/collections/lotoo/products/lotoo-paw-6000 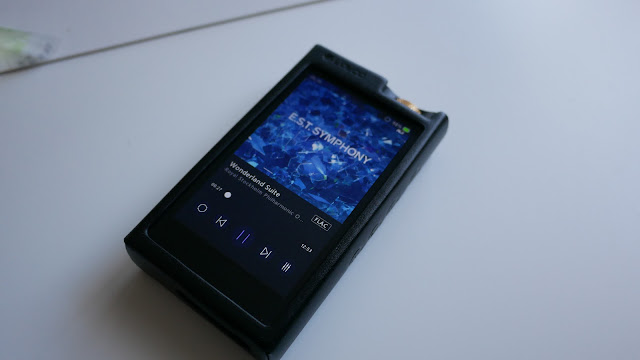 The Lotoo PAW 6000 comes packaged in a small black box that opens up with the PAW 6000 player, various booklets, and some accessories. The player comes with a USB-C cable, 2 tempered glass screen protectors and a black leather case.
The interesting thing here is that the player comes with dual layers of glass already is raised from the main body. Adding the tempered glass screen protector on the front screen actually causes it to bubble and lift up when you use the included case. That's kind of annoying. I replaced it with a Boxwave branded film screen protector and it worked much better with the included case. 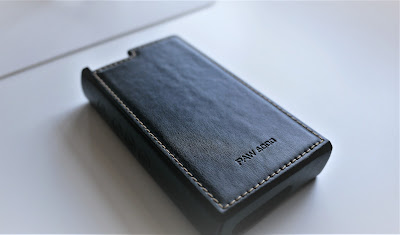 The case is very nice by the way, slim enough to be easy to hold still and stylish enough to not tempt me to find a new one. It is needed too, since, like I mentioned earlier, both sides have raised glass, and could be very prone to cracking and chipping.
There is a gold volume dial on the top that is placed horizontally and rotated like a dial. It's actually very easy to use and a nice addition. When you start the dial, it activates a volume slider on screen and you can switch to using the on-screen slider or continue to use the hardware dial.
Next to the volume dial are the headphone outputs. One is a 4.4mm balanced and the other is a 3.5mm single ended jack. Both outputs have 300mW of power on a 32 ohm load. This is interesting as both balanced and single-ended have similar output power, which is unusual. Both modes also have low and high gain options.
There are 4 buttons on the right hand side for power, play, and skip forward and skip back. Placement is fine and I don't have any issues with using these buttons.
On the bottom side of the player, there is a USB-C jack and the microSD slot. The slot is not covered and self ejects by pressing on the card.

Lotoo uses their own operating system for the PAW 6000 as well as the PAW Gold Touch. The player boots up in less than 5 seconds and is ready to go immediately. This is easily the fastest booting player I've ever used.
The OS is quite slick with an abundance of features and tools. I tried pretty much all of them at this point and there's some quirks, but let's just start with the list of features.
First there's various icons to choose to find music by Album, Artist, Folder, Playlist, and Songs. There's a nice sized font that works well for visibility and looks modern. Responsiveness through the folders is quick and loading of data is also fast. 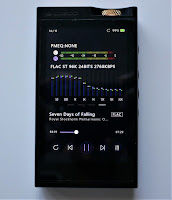 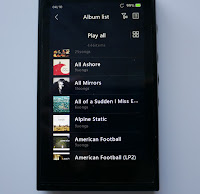 Among the music tools available are several DAC filters, options for Lotoo's DSP feature called ATE (Acoustic Timbre Embellisher), and a parametric equalizer. This PEQ has plenty of user slots and lets you choose 5 bands at any frequency and choose to have it be a low shelf, high shelf, or a peak filter, along with custom Q-factor. I have an example of my PEQ settings for the Smabat DT-S10s Gold Edition ear buds below. 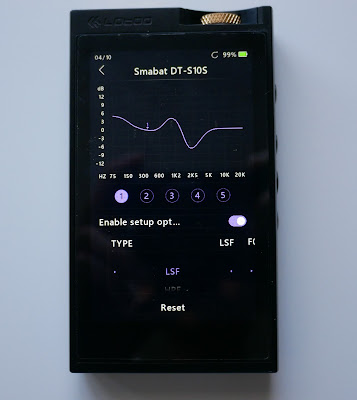 In addition to just normal file playback, the PAW 6000 also has bluetooth and wifi. The wifi is only used for firmware upgrades and streaming is then only limited to bluetooth or through USB. Bluetooth features all the major codecs including LDAC, and can be used bi-directionally. That means, you can stream to headphones or speakers, or stream music from your phone to the PAW 6000.
In addition to bluetooth streaming, you can also use the PAW 6000 as a USB DAC for your computer or phone, with an option to have the device power the DAP or have the DAP be self-powered for phone pairing. I've tried the USB DAC in both modes on my Windows PC, Android phone and iPhone and have have no issues with any device.

The Lotoo OS does not really make full use of music file tags. The way it reads and sorts files is totally based on how you format the file name! This is quite ridiculous in my opinion, but luckily I was able to format all my music quickly using the free Windows/Mac application, mp3tag.
To correct format the files, I recommend using two digit track number first followed by a space or separator and then the song title, like this:  01 TRACKNAME. You can use the following expression in the CONVERT menu to automatically add a track number into two digit: $num(%track%,2) %title%

I place each set of music files into the folders with the following notation: Artist - Album
This was almost a deal breaker for me, but luckily, I was able to batch change the file names using the mp3tag tool and saved hours upon hours of work for 200GB of music. 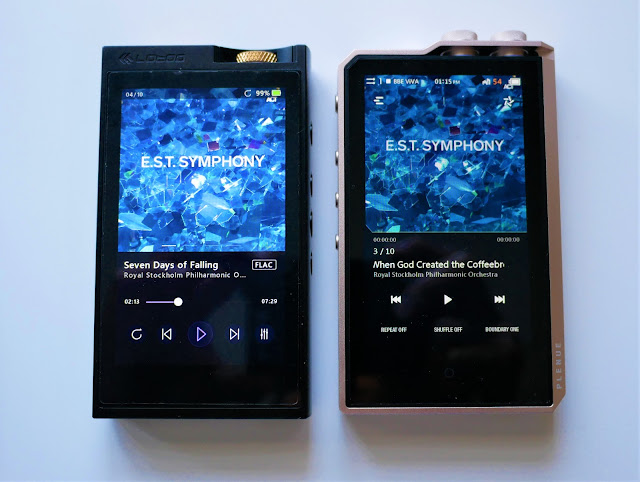 I find the Lotoo PAW 6000 to have a neutral-ish sound signature, but I also don't find it super sterile either. I do find the player has a small added bit of warmth and fantastic resolution, with good layering and texture capability. Extension is good on both ends, and is something I sorely did miss with it's airier sound signature than my incumbent daily driver. I have been listening to it a lot lately and comparing it directly to the Sony NW-ZX507 and the Cowon Plenue 2 MK II.

The comparison to the Sony NW-ZX507 is pretty apparent and clear to me. First off, the two players differ in size, features, and price, but also in sound characteristics. The $829 ZX507 is Android-based and has full Google Play store capability, which allows full streaming capabilities via any app you want. The 507 is also slimmer, thinner, lighter and easier to hold in your hand. It is, however, a touch taller.
When it comes to sound, these two are contrasting in their sound qualities. The ZX507 has a much warmer sound, with a boomier low-end and a more laid back upper treble region. The PAW 6000 is a more even keeled presentation with better extension on the upper-treble region, which gives it both a more airer presentation, as well as a more clear and clean presentation. I do find the PAW 6000 to have increased resolution, texturing, and layering capabilities. 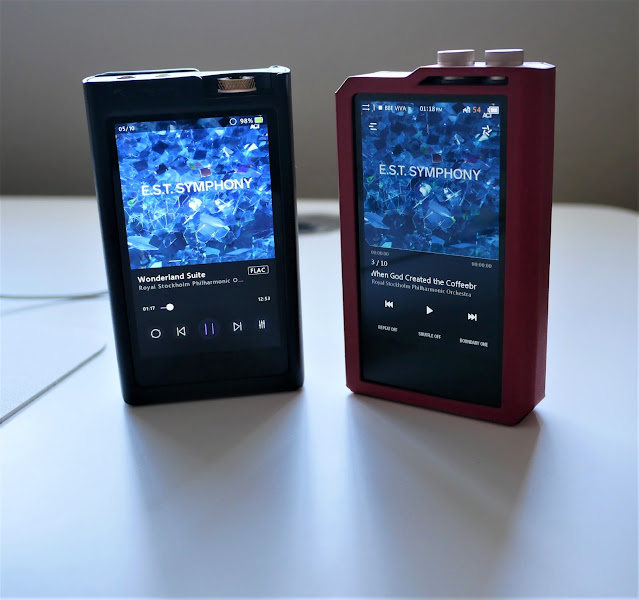 The Cowon Plenue 2 MK II is a much closer competition in terms of sound profile and capability. Both of these DAPs are custom operating systems with no app capability. The Cowon P2 MK II takes it a bit further and does not even include bluetooth, so there's no wireless antenna at all. It also still uses the micro-usb plug, but has onboard memory of 256GB and two dials for volume control and a custom dial for user preference. I use it for fast forward/rewinding within a track.
Both the players are very similar in size. The Lotoo PAW 6000 weighs about 20 grams heavier, though both are fully machined metal shells, though the PAW 6000 does have a glass overlay on the back.
The Cowon is an interesting player. By default, it sounds very neutral and not too dissimilar from the Lotoo PAW 6000 in its sound signature and quality. I do think the Plenue 2 MK II has a slightly more compressed sound in its default stock sound signature, but only slight, and is a half a tick below the Lotoo PAW 6000, but there's some magic in this little beast. The DSP features in the Cowon players have some fairy dust in them and the use of BBE+ and some of the other filter implementations do some real results that are both stunning and natural. Just the basic use of enabling the BBE filter, which adjusts phase of the music, can really put new life into the songs that make both resolution seem improved and the sound more lively. Adding the Mach3 Bass to my Viento makes hit slam with power I didn't know it had. There's some voodoo there that make the Cowon Plenue series of DAPs quite powerful and stand out, even against the enjoyment I've had on the Lotoo PAW 6000.

I have gone back and forth with whether I wanted to have streaming or not, and always wanted it just to have, and that has always gravitated me towards an Android-based player. With both the Cowon Plenue 2 MK2 and the Lotoo PAW 6000, my thoughts have changed slightly. While the Plenue 2 lacks any type of wireless antenna, the PAW 6000 has a nice combination of great sound quality, and a ton of features that still lets me stream music from my phone to it when I need to use Spotify or Qobuz.
With the PAW 6000, I have found a nice experience from a lightning fast OS and easy to use UI with full parametric EQ and a good balance of neutral, but appealing sound signature with good resolution and technical performance. It's one that I recommend and one that I'll be enjoying for the next forseeable future.