Special thanks to Periodic Audio for the review samples in exchange for an honest review. All opinions are my own. Read towards the end for some details on a giveaway of these two IEMs that will be occurring in a few weeks. 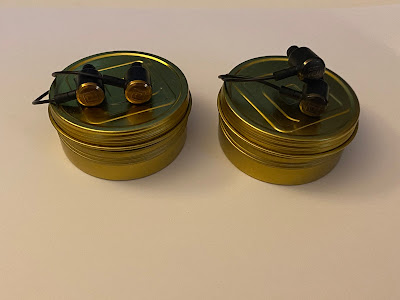 Periodic Audio in their current form have been in the game for a few years at this point, occupying the background with their aesthetically consistent lineup of IEMs (and an amp). Despite the same shells being used across their products, what differentiates Periodic’s IEMs is what’s under the hood. With each single dynamic driver model from the Magnesium to the Carbon utilizing their namesake in the form of their driver’s materials. However, today, I’ll be reviewing Periodic’s two IEMs placed in the middle of their lineup, the $199 Titanium (Ti for short), and the $299 Beryllium (Be). Note that both can be had for a discounted price if you go for a cosmetically blemished model, not to mention frequent sales adding another discount on top of the already discounted price.

The unboxing experience with the Periodic lineup isn’t too flashy, but I’m not one to complain since it saves cost and it’s not like the box is sticking around for me to look at, but to draw a comparison, it’s reminiscent of a calculator unboxing. The IEMs come with a set of single and dual flange tips along with some foams (all their own Hydrogen tips) alongside a small metal case with a twist cap with quarter inch and airplane adapters. The case is nice and compact, but it may be a little too shallow, as I found the nozzle blocking the lid from shutting more often than not. The tip selection was solid and I didn't have too much trouble finding a good fit, however, the Ti had some pairs of tips missing, with one of the medium tips looking a little deformed. Otherwise, for what you get, I can’t complain. In fact, I liked the H tips so much that I bought a set of them for myself just to have a wide bore tip on hand.

Last thing, but certainly worth a mention, the cables on the Periodic IEMs are fixed across the entire lineup. This was the biggest disappointment for me. Warranties aside, even $50 IEMs have detachable cables now, and while the sound could be great and everything I’ve ever wanted from an IEM, the fact of the matter is that these would not last a lifetime.

Anyways, If I had to describe the sound of both the Be and Ti in brief (a TL;DR, if you would), it would be that both are targeting a V shape sound, with the Be leaning more for a relaxed, natural, and, dare I say, thick, with a signature reminiscent of the Acoustune 1551, while the Ti went with the route of a more aggressive and thin sound.

Both the Be and Ti definitely use their dynamic drivers to their advantage in the low end, with both being clearly targeted towards people who want a more fun signature. I found the Be having impressive slam for an IEM in any bassy track, with satisfying rumble specifically on Panda Bear’s track “Boys Latin,” with the Ti’s flaws (more on this later) essentially being nonexistent. The Ti’s attempted analytical signature combined with its boosted low end generally worked well for more vocal-light electronic music in my experience. Back to the Be though, which sounded more immediately natural to me alongside being a better all-rounder, with a bit more satisfying attack to my ears although with a lower quantity of bass. The Be still has enough bass for it to be considered the focus, but it doesn’t take away from the rest of the presentation like on the Ti. On any pop, rap, or electronic music that I listened to with the Be, I found myself hearing things that I miss on my Etymotics; it’s good to hear bass bump again, and the Be and Ti both present said bass well and with ease.

The mids are the big differentiator between the two models for me. As I mentioned, the Be is very similar to the 1551, in that despite having a very warm and bassy signature, the midrange sounded, while not as good as the 1551’s, certainly passable to me despite not being the star of the show. The midrange recession in the Be was only explicitly a downside in tracks like Joanna Newsom’s “Emily,” where while the instrumental was certainly enjoyable, the vocals, being the main focus of the track, just didn't hold up, lacking a considerable amount of presence compared to my VSonic GR07X or the Sony IER-M9.

However, the Ti had the most significant issues with the midrange for me. The mids are definitely the more recessed of the pair, but the Ti adds insult to recessed injury with a harsh and telephonic quality applied to the midrange with a touch of sibilance as the cherry on top. While I can appreciate what the Titanium is trying to do with its more lean take on the Beryllium’s more natural and versatile presentation, the midrange is simply too thin and lacks body past the point of me being able to ignore it. If the mids were less thin and the treble was a tad less harsh, I would be more comfortable calling the Ti a sidegrade to the Beryllium despite their price difference. Despite these criticisms, I found the Ti to have more ‘crunch’ (sorry for the verbiage) with electric guitars, which certainly impressed in some tracks. As it stands, however, the Beryllium wins for me in the midrange.

The Beryllium goes for a very relaxed sound, with a slight peak in the treble that, similarly to that of the 1551, did not bother me too much. Off memory, the Beryllium’s treble is, while still generally relaxed, still a bit harsher than that of the 1551, so if you’re sensitive to low/mid-treble peaks I would keep this in mind. Besides this standout peak, I found that the Be had decent decay as well for a dynamic driver.

As I alluded to in the midrange section, the Ti is weaker in the treble compared to the Be, with a very clear presence of elevated treble, and a harsh quality that gave me headaches on some tracks. Again. The Ti has the potential to be a more aggressive brother to the Beryllium’s relaxed and lush sound, but instead, it’s too extreme for me to consider.

Both the Be and Ti aren’t exactly technical IEMs, with imaging and soundstage sounding par for the course from an IEM. However, I found the Ti to have a slight edge on detail in the treble (boost aside) compared to the Be, however this comes at the cost of tonality. For sub-$250, I don't really have much to complain about, I never felt that these were too low resolution for the price, being comparable to my ER2SE, with the Beryllium having a slightly more enjoyable tone on top of a much less invasive fit. 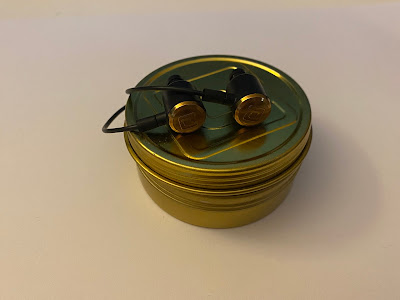 This serves as proof that the Beryllium and Titanium both work best for electronic music. The bass rumble was excellent, something I certainly miss on my more bass-neutral gear. Not much else to say beyond that.

Drums can pierce a bit but the kicks hit fast and hard on the Be. I found the recessed midrange helped on both the models to give this song a more venue-like presentation. To nitpick a little, guitars sounded a bit flat on the Beryllium over the Ti.

However, despite this one victory for the Ti, out of all the songs tested, this song was clearly the Ti’s worst performance in the treble region, with cymbals sounding at their peak harshness throughout all my testing, giving me a headache. Yikes.

As usual, vocals sound pretty recessed with the Beryllium on this track, further cementing my impressions of the midrange after “Luau” (although in this case, it wasn't really to the track's advantage). As expected, drums still work pretty well and hit just right.

With a victory for the Ti, the guitar sounded a lot better to my ears, which despite the mids being more recessed, won me over in the end out of pure enjoyment of the guitar tone.

Yung Lean - “Hunting My Own Skin”

Similar to the Tentacles Remix, the Be and Ti both continue to excel in bass-heavy genres. The midrange on this track comes through pretty well too, with the bass continuing to have excellent attack and fast decay. Because of the midrange being pretty clear in the mix, the Ti ended up doing pretty well on this song. On another of Lean’s songs, “Agony,” the Ti is at its best, with essentially no high frequencies to distract from the rest of the song, and the telephonic quality of the mids being absent to boot. 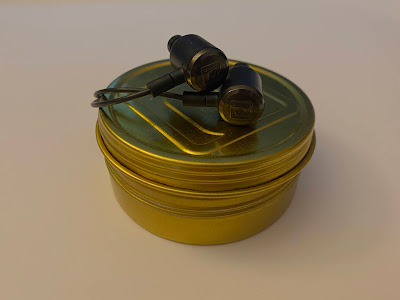 While there were a few things to appreciate about the Ti, the Be ultimately won out in nearly every category with its superior tonality, sounding less recessed in the midrange, less harsh in the treble, and just sounding more natural overall. If you listen to exclusively rap and electronic with a (very) high treble tolerance, the Titanium may be worth considering, but for anyone else, you’re better off buying the Beryllium. To American customers, the Be is to me a more accessible version of the Acoustune HS1551 at a lower price and a less finicky cable-down-style fit. In a world where high-end cable-down IEMs are rare (even if they're fixed), I’m happy to see Periodic push this form factor forward, even if I preferred one model heavily over the other.

Don't worry, I didn't forget about the giveaway! Anyways, as someone who has never done a giveaway, I'm still working out the logistics, but I want to just note that after this review is published, I will be sending this IEM to some trusted friends, and once they have had their chances to try both out, I will be making a new post with details on how to enter. So basically "stay tuned" as they say.