The P2 is the newest flagship from Tin Hifi and is a big jump up in price from their previous offerings at $370 USD. The P2 houses a new planar driver and continues down this path following their mega-popular P1 planar IEM from a little over a year ago. This updated model also features a new shell design, packaging and sound profile. So let's take a look!
The P2 was sent to me for review by Linsoul, and this product is on pre-order sale now on Linsoul's website at an introductory price of $339.99.

The P2 comes in an all-new packaging that reminds me a lot of Sony's in-ear monitor boxes that come with their premium IER lineup. The Tin packaging doubles as a storage box, with a pull-out shelf containing the accessories on the bottom, and a flip-top opening that contains the real-leather blue button case and the P2 planar iems.
The case itself has a unique style that may appeal to some and may not to others, like me. The blue leather seems to be genuine leather, as it has the feel, looks, and smell of it. 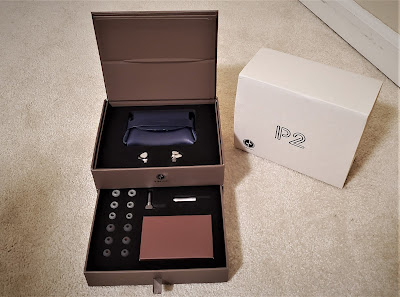 On the bottom drawer are a series of tips in both the marshmallowy foam that Tin is famous for, and a set of silicone tips. The cable is brown medium-thickness braided cable that looks nice but perhaps a tad thick for my liking. The connector terminates in 2.5mm balanced, and it comes with ridiculously large 3.5mm and 4.4mm adapters to work with other players. Not a fan of this large adapter setup. If you have 2.5mm balanced, then you are golden, but if you don't, look at getting a new cable with this.
The cable itself is terminated with c-pin connectors, which is new for Tin Hifi. They've gone away from mmcx, and are now using this style of 2-pin connectors that is commonly used by qdc, Unique Melody, and more recently KZ, TRN, and a few others.
The new shell design is the same as the Tin T2 Plus that was recently released as well, with a stainless steel housing and the new connector style. This type of shell design is lightweight and can be comfortable as long as you can get it to fit. I had a load of trouble trying to get proper seal, while also having it fit securely in without slipping out. I never felt super comfortable having these on, as I felt like they could slip out at any moment. But many people will enjoy this comfortable and lightweight design, just not me. 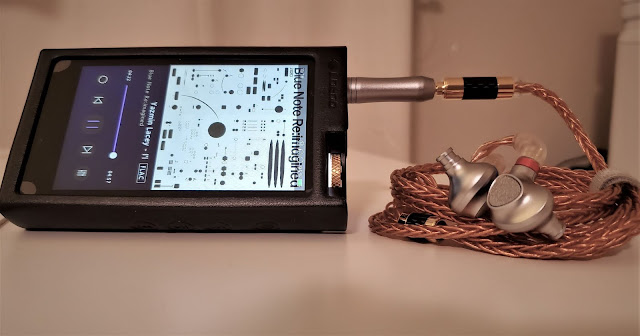 Before I get too far down into sound impressions, I do want to mention that the Tin P2 does require a bit more power than the majority of my IEMs -- about 2-3X more volume in Windows and my audio players to be exact. While it may work with some phones, your miles may vary.
I spent the majority of my time with the P2 using the Topping A90 desktop amp hooked up with a Schiit Bifrost 2, the iFi Zen DAC/Amp, or the Lotoo PAW 6000 digital audio player. In each case, I used 4.4mm balanced cables.

The Tin P2 straight out of the box had a bloomy bass that I felt was much more than neutral, but not too muddy and blunted, and a severe lack of upper mid-range that cause it to sound rather hazey and veiled. The treble is well extended, however has a very large upper treble peak that is audible and can be fatiguing and cause ringing over time.
Yea, these aren't the most positive words for it based on the initial listen, but there's some hope here. First off, I think they sounded better than the P1, which was overly forward, lacked any technical ability -- meaning it had very poor soundstage, width, depth, lacked any sort of decay, felt overly sharp, and had decent resolution, but not outstanding. It felt a bit overpriced, even at it's under $200 asking price to me, as I would have much rather have any number of under $200 IEMs over it. The P1 also had a nasty bit of sibilance and shrieking upper treble, which unfortunately hasn't fully gone away with the P2.
Now, back to the hope.
Yes, the P2 doesn't have an ultra-small boxed-in soundstage. There's actual room to breathe, and you don't get a wall of sound where every instrument, vocal, and noise is blaring into your skull at once from the same distance and all the time that I found with the P1 originally. The P2 has still an intimate soundstage, but nowhere near closed quarters as the P1. It's more along the lines as "average" in terms of the rest of the IEM population.
The P2's out of the box tonality is strange to me. It adds the much needed bass bump over the original P1, but I actually think it may be a little too much, as I do find it can be occasionally muddy, but I feel like this is more due to the lack of upper mid-range on the set I received. I do want to mention that my measurements differ from a couple others who have posted theres -- mainly mine has much more recessed 1000 Hz and onward.
This really makes that hazy sound stand out. Everything sounds ultra-veiled and lacking energy and just not that enjoyable, especially if you care for female vocals. The recession in this area, added with the elevated bass is what I perceive to the muddy-nature of the overall sound, which is much more apparent in bass heavy tracks with female vocals.
One area that didn't seem to go away from the P1 is the upper treble spike. It's very lifted, and perhaps even more noticeable on this P2 than on the original due to the relative difference between the treble and the mid-range. While this doesn't affect every song, ones that have heavier emphasis in the sibilance range and the upper harmonics, may become both fatiguing and can cause ringing. In some cases, it makes more of these higher pitched tones sound metallic.
For example, listening to James Taylor's "Country Road" -- the high-hats have way, way too much metallic tinge to them that it sounds quite unnatural. Alison Krauss' vocals sounds just too far stretched in "Restless" and Chvrches' Lauren Mayberry and the electronic synths of their songs are too distracting.
In my case, I do notice both of these, and unfortunately it's not something I really appreciate. But there's still hope....

The Tin P2, again, is worth exploring more since I do feel planar drivers have some special unique characteristics that can make them stand-out, though I do sometimes question whether at such a small form-factor, if those unique attributes translate from a full-sized speaker (e.g. Magnepans) or full-sized headphones (Audeze, Hifiman, etc.).
That said, I brought a tool box -- mainly a set of tweezers and some tape/putty and tried various external modifications to see if I can reduce some of the issues I experienced above.
The first was blocking the small vent hole. This actually did nothing. Why? Well my next idea was to see if that textured faceplate did anything. It seemed weird, so I just covered it up completely, and lo and behold -- it removed the bass response! The faceplate is actually a large vent! This made the bass response almost nearly flat, which isn't a bad thing actually, especially given the recessed midrange and treble. In the speaker world, this type of frequency response would have been nearly perfect!
But, we're in the IEM world, and ideally, I'd prefer to have some upper mid-range compensation for my pinna and inner ear. Next, I decided to remove the filter on the nozzle and try to do something there. To my surprised, out came a piece of foam with the filter.
This filter is a black, fairly dense tube-shaped sponge that is the reason why the upper-mids were so flat and hazy. Taking it out and providing a full unobstructed soundwave path brought back some of those upper-mids and actually significantly improved the sound quality and tonality for me . 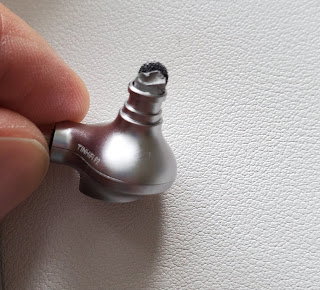 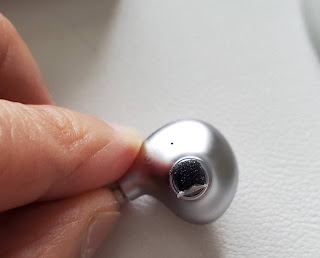 I ran a quick measurement of the filter and foam-less P2 and the results are captured in the graph below in Blue, with Pink being the original stock configuration, and gray is the Harman In-Ear 2019 Target Preference Curve for reference.
The foamless configuration increased the presence region by 3-5 dB which is a sizeable gain that makes all the difference in my listening.

Unfortunately the treble response also increased as well, which wasn't quite as noticeable for me at my listening volume but is something to be aware of for those that are highly sensitive to that.
With this new configuration, my music starts to sound much more balanced and enjoyable. Vocal presence is restored with a little more energy. I do think it's a tad tame for some, but I do enjoy this tuning for something more open and less intimate. The one flaw, still, is the upper treble rise. This is still a problem for me, though less so than before.

At $379 retail price, I am not so sure the P2 can fully compete with the competition. If it were half the price or closer to the P1 pricing, I think this one is pretty good though. I still find that there's some deal breakers, nevertheless and mod or no mod.
1. The treble is just over-done and too bright. It makes a lot of the music I listen to a lot too abrasive and metallic.
2. The fit is not for my ears. It's a small shell design, but its shape, doesn't lend itself to gripping to anything for my ears and I find it likes to slip out, leak, or just feel overall insecure while wearing, no matter which of the hundreds of tips I own.
3. Possible minor variance - which has been shown in frequency response, and an odd hazy sound signature that I received.
Besides that, I am not a big fan of the cable adapter implementation here. They're just too long, and too heavy for practical use, so if you do want to get these, I recommend going with your own cables.
And that's that. I am coming over this a bit harsh, but I do find that there's some major flaws here, and even while it still can be enjoyable, and tuned decently, and has some technical capabilities, it still has some nagging issues that bother me enough to not fully recommend it, especially at the higher price tag.