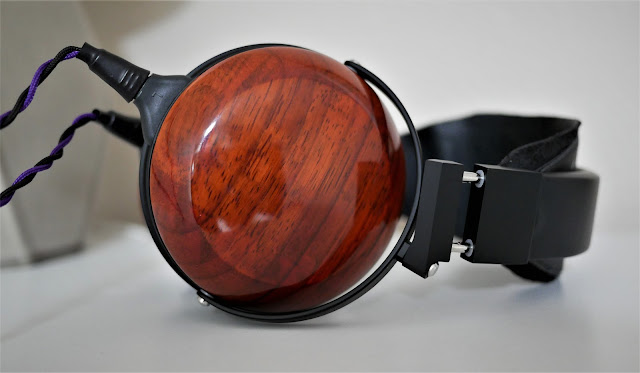 The Foster variants of headphones include several headphones that share the same driver family and mostly the same frame, headband, etc. These include:

The main differences between the lower end and upper end models are the voice coil improvements and the type of wood used. One of the interesting and nice things about the common framework is the ability to mix and match woods between models, or use custom woods made my companies like Lawton Audio, who make custom wood cup chambers that fit on every model.

In my case, I own the Drop version of the Fostex TR-X00 with Ebony wood cups. I really enjoyed the Ebony model and reviewed it previously with a solid rating. The Ebony had a very well-balanced sound signature that was warm but did not have a large mid-bass bloat or extremely sharp treble that can be found on such models like the TH-900 series or the Purpleheart version. Instead, the treble was generally smooth. I mostly enjoyed it for the great mid-range which was rich but natural and very pleasing.

A few months ago, I started contemplating modding up the Fostex headphone with a new cup. I looked at various options including the Lawton mods, but discovered that these added a lot of weight and thickness to the headphone, which I did not want, despite how beautiful some of Mark Lawton's works are.

After a few weeks of searching and contemplating, I decided to buy the Emu Rosewood cups. Emu offers various wood cup types if you email their customer service and they'll collect payment through Paypal and ship out via FedEx. I considered purchasing other woods too, but decided to try just the Rosewood for now.

Why did I choose Rosewood? Well, besides that it's a very nice wood look and wood stain color, Rosewood is widely used in many different instruments and I thought that may give a nice organic sound to things. Ebony is a denser wood, and because of that makes the overall weight higher. It also hits a bit faster with less decay and sustain. Rosewood is a little bit lighter and is known for its warm resonance. But let's save that discussion for a little bit later. 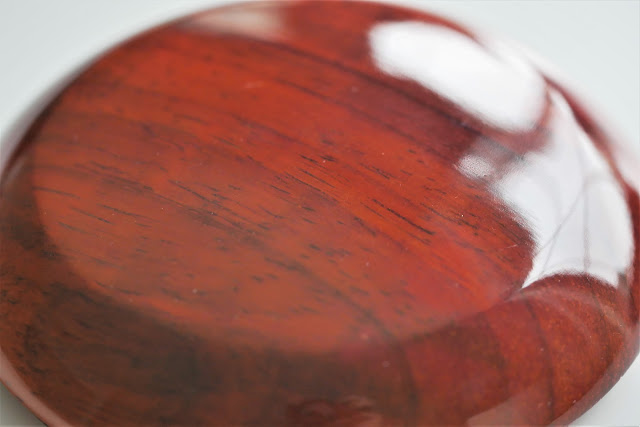 The Emu cups came after about a week. The cups look great, with nice glossy finish, and are logo-less, which is a nice change from the white Fostex branding on the Ebony cups I had. I don't really mind the logo but it sure is nice to have a brand-less look too.

The rosewood look had a defined horizontal grains and a rose colored stain that is a light red color and makes it pop out.

The cups are also very, very light. The total headphone weight reduced the Ebony by 60 grams with the Rosewood cups installed in it's place, putting the total weight of these headphones to below 400 grams.

The cup itself is thinner than the Fostex variant, and makes this an overall slimmer look. There's a little bit less defined lines than on the Fostex Ebony cup, but this one looks a little sleeker with a smaller overall shape.

Putting on new cups is pretty easy. It requires popping off the stock pads, which can be performed by a twisting motion. It's held by clips. Then you'll have access to the screws. You can get away with just unscrewing the 4 screws that are below the cut outs and those hold the wood cups in. Once you remove the cup, you can replace it with the new cup in the same position and fasten it together, and re-install the pads.

These sound impressions will be mostly be a comparison between the Fostex Ebony and the Emu Rosewood cups. The majority of my listening was played on the following systems:
I also did try them on a few other amps like the Topping A90, Soundaware P1, and the Loxjie P20.
Right off the bat, I found the rosewood had a more engaging sound to than the ebony, which I had already really liked. The rosewood had a touch more warmth to it, and it seemed like the bass and lower mid-range may be just a little more elevated, while the rest of the response seemed very similar. There was a slight rise in treble and upper range.

The biggest change to me was the added resonance. This can be one where people love it or hate it, but to me this added effect, stemming from sound reverbing off the wood, adds a very natural and "live" effect to music. It makes some of my music really come alive, and adds a little more depth to music, and improves layering.
In effect, it gives me a more open feel that I am at a live concert in some ways. This really becomes apparent when I listen to jazz and orchestral music, where strings have a little extra twang to them and bass notes hit with more oomph.
I wasn't fully expecting the sound to have a major characteristic change. I do want to clarify that these changes as drastic as it may seem in my written text, but subtle, and something that I noticed in songs I listened to a lot and know many of the ins and outs of certain passages.
The changes are less apparent when I listen to busier rock songs and EDM type music. The rosewood cups benefit the most from the use of acoustical instruments. Now that said, there's nothing wrong with these other genres at all when paid with this headphone combination.
The rosewood cups still retain the great sounding mid-range of the Foster headphone line, which I truly admire and I have been constantly reaching for when I decide which headphone to choose. I never thought this would ever be the case to be honest, because I've read so much about how V-shaped the TH900 series was, and that's quite true.
But this TH600-style combination is much more balanced and I really love how it sounds, with most of the cup choices I've tried in the past. The shallower pads really make the biggest difference. And even through my pad rolling, I've quickly reassured that finding.