This is a review of the Tin HiFi TWS2000. It is a TWS 2 DD IEM that costs $79 for super early bird on Indiegogo with a normal price of $110 from Linsoul. I received the Tin HiFi TWS2000 from Linsoul in exchange for this honest review. I have not been or will be compensated in any other way.
The TWS2000 is Tin HiFi's (formerly Tin Audio) first foray in to the true wireless race, bringing along a couple interesting features not commonly seen in other TWS sets. The first is the ability to switch between TWS and wired mode via an included cable for the MMCX jacks on the earpieces themselves. The second is a UV disinfectant system within the carrying case. With the Tin HiFi name behind it, how does the TWS2000 perform? Hint: not well. 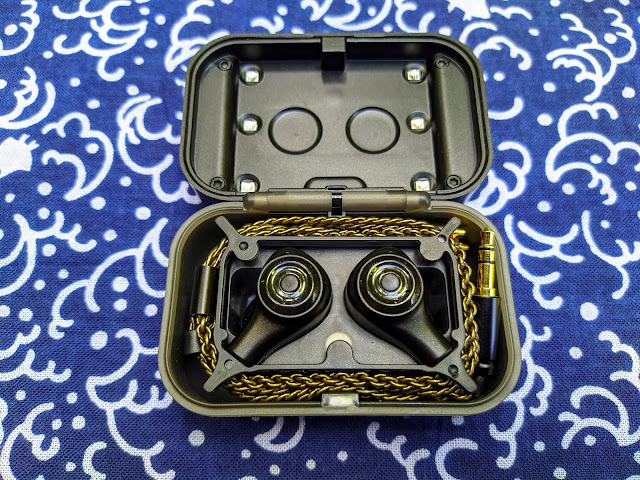 The TWS2000's box and packaging is a rather standard affair. Open the box and you're greeted with the earpieces, the charging case, a two sets of M size-double flange tips, and a small USB-C cable. The charging case is fairly large and bulky with a USB-C charging port on the back of the top hinge (good). There are two buttons on top, one that says UV antivirus and the other that says Power. There are also 6 tiny lights to indicate charge status. Inside the charging case is a very cheap plastic insert housing a braided MMCX cable with a straight 3.5mm jack and no earhooks. The cable is as generic as it gets with a similar braid and feel to the stock cable to recent stock KZ cables. As for build quality, almost everything is made out of plastic.
The earpieces themselves have a bit of a crude shape to them: they have an angled nozzle, a bulky shell, and a short stem with an MMCX jack in it for wired mode. The nozzle is fairly large and oval-shaped like that of the Apple Airpods, but has a bi-flange silicon tip for in-ear insertion. Sadly, fit is quite poor. While it stays decently well enough in my ears if I don't move around too much, it feels loose upon light exercise such as jogging. Ergonomic it is not.
The UV disinfectant system seems to work as intended. Hold the UV button for a couple seconds and the UV will light up when the case is closed. Open the case and the UV disappears for obvious safety reasons. I did not measure the battery drain while it is on but likely it would be fairly significant. Personally, I'm doubtful if UV disinfectant works all that well. UV disinfectant requires a specific UV wavelength (200-300 nm) for a given amount of time. A blast of an unknown UV wavelength for 60 seconds seems a little optimistic. If really want your IEM to be germ free, try washing the tips in hot soapy water and wipe down the shell with a 70% ethanol + 30% water solution. 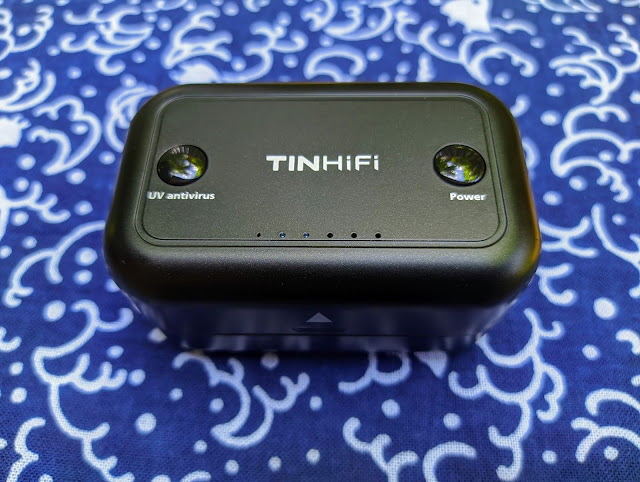 The TWS2000 uses the same Bluetooth chipset as the KZ S2, the Realtek RTL8763BFP. Thus, it performances somewhat similarly to the S2. It also throws a wrench in the mix by having the ability to become wired by attaching any MMCX cable. Here are some notes I took with regards to its performance:

As a whole, the non-audio performance is frankly a tad worse than the KZ S2. BT is little weaker in terms of range, interference, and battery life. Furthermore, there is no low latency mode here, though that's made up for physical buttons. Comfort is awful, the case is bulkier, and it almost feels cheaper than the S2s if you can believe it. Oh, and the price is much worse at $80 vs. $30 at early bird prices.

The TWS2000 sound is a clear departure from the traditional Tin HiFi lineup. It has a V-shape sort of signature that's reminiscent of the WG T-one. There's a plenty of low end to give bass presence without being too too overpowering. While subbass does extend down without much of a roll-off, the TWS2000 has much greater of a focus on the midbass. The lower mids transition straight from the bass without a decrease in volume, making the TWS2000 boomy and relatively warm. There's a dip in the mids as is tradition for V-shaped IEMs before climbing back up in the upper mids. To be honest, I don't really notice this dip in the grand scheme of things. The upper mids give the TWS2000 a some much needed clarity thanks to its forward tuning. Vocals are front and center have an acceptable overall tone. Continuing on to the treble, it has some coherency issues and a sharp metallic edge to it that some may find to be harsh. As a whole, I don't have too much to complain about the sound other than the treble. Compared the KZ S2's V-shape tuning, this is much, much better in terms of overall balance.

On a technical level, it falls squarely in the good $50 budget ChiFi realm. Solidly average. Soundstage, imaging, and resolution are all unremarkable. Not bad but not good. Personally, I think that this level of technical performance is the baseline requirement to start enjoying an IEM, or at least, not be bothered by how lo-fi it sounds like. Once again, for reference, I'd consider the KZ S2 to have a technical ability on par with decent $20 budget IEMs. Here, the TWS2000 makes the step up to the $50 mark.

As far as TWS IEMs go, I haven't heard many. The ones I have heard have mostly been uncontrolled bass or V-shape monsters. The TWS2000 is the best sounding TWS I have, but that is a very low bar. I find myself reaching for the TWS2000 at my desk without bothering wires fairly often these days. I suppose the convenience of TWS and a decent enough sound quality is starting to win me over. Not enough to daily carry them, but enough for a 10 minute YouTube video perhaps.

Finally, lets talk price. When I first got the TWS2000, I said to myself "Hey, these don't sound too bad for $50" without realizing it was $80 at early bird or $110 normally. At those prices, the TWS2000 faces stiff competition in the form of IEMs like the Samsung Galaxy Buds (when on sale) or the slew of other TWS IEMs competing for the same market segment. Ultimately, while the TWS2000 sound good enough for regular use, it doesn't actually sound good enough to make it a compelling option against other IEMs that offer better features with better implementation. The TWS2000 may be a very small step in the right direction in sound quality for ChiFi TWS but it seems to be too little too late. 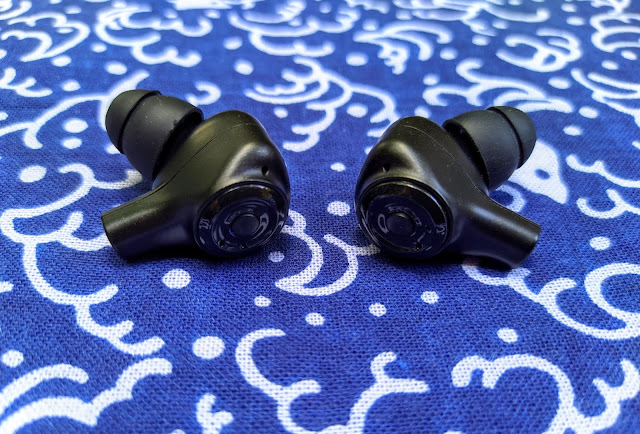 No. It seems as though Tin HiFi was trying to ride the TWS wave with nothing but their brand reputation behind them. The TWS2000 has no place in the market and offers too little for way too much. Between the awful fit, cheap build, and wonky BT performance, the TWS experience of the TWS2000 isn't feasible as a daily driver while the UV disinfection system and cable hot-swapping is gimmicky at best. For the sound quality you get, it would make sense at the $50 price tag I initially thought it was. But for $110? Tin HiFi is simply being arrogant at how far their name can carry them, especially considering the TWS2000 has no hallmark of what made Tin HiFi good in the first place: reference style tuning.
My personal belief is that when it comes to TWS, the overall TWS experience matters just as much as or more than sound quality. If you absolutely need a TWS set, get the KZ S2 for cheap. If you want something good, save up for something from a larger, more reputable company with proper engineering. For example, the Samsung Galaxy Buds are currently cheaper than the TWS2000 and will offer a much better TWS experience, better sound quality, and better build quality. The point is, wireless technology is not easy to properly implement or execute. While it may be fun to gamble with ChiFi wired sets, you're wasting money with wireless IEMs. Interestingly enough, as giant companies such as Samsung start to chip away at the question of tuning, and it seems as though perhaps the the price/performance pendulum is swinging away from the ChiFi market, at least in the TWS space.