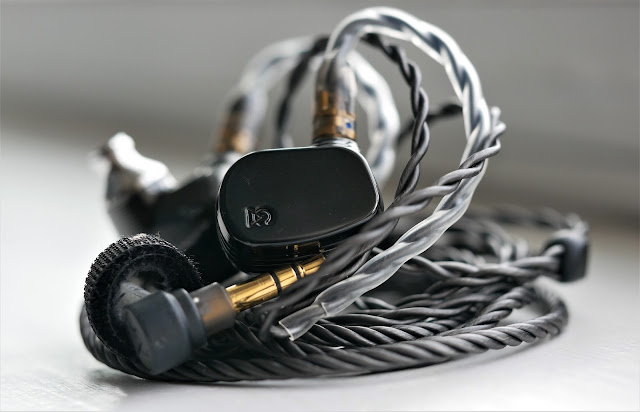 The Campfire Solaris was an IEM that I loved and I hated all at the same time. I really enjoyed it's "holographic" soundstage and hybrid-sound that was generally well-balanced, although with some occasional muddiness and some occasional hollowness in the lower treble. The deal breaker for me was it's very large size that pained me to wear for more than an hour at a time, if even that.
I went through hundreds of tips with the Solaris to find something that fit, and even got custom tips made but in the end, I sold the Solaris for greener pastures. But I always wondered what would have been if they had made the shell smaller.
Well, 2020 is here, and Campfire just released an updated version of the Solaris. This model comes in at 20% smaller in size and also weighs a little less. It also comes with a new design and a black piano gloss finish that is much attractive yet elegant.
I do want to mention that despite the smaller size, I still found the overall width of the Solaris to be a bit bothersome for me. It can dig into the rear side of my concha and that contact can feel pinched in a short period of time, something I did feel with the original Solaris as well as the original Andromeda and Orion, prior to the new Campfire shell changes last year.
The cable has been swapped out to the Smokey Litz style cable that matches the other newer IEMs that Campfire has released in the past year. In this case, the cable that comes with it is the new "Super Smokey Litz", which is little bit thicker than the original Smokey Litz, and is more in line with the feel and size of my preferred Dunu DUW-02 cable.
Like the original model, the Solaris 2020 is a hybrid featuring a single dynamic driver, and three balanced armature drivers, with an updated upper mid-range driver from the previous generation. 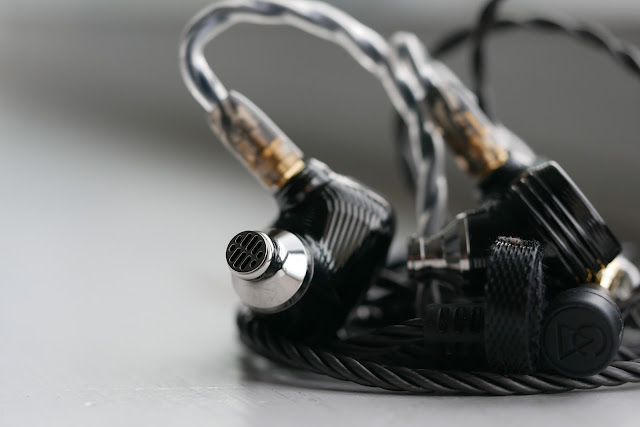 Before I start my sound impressions, I do want to thank the fine folks at Headphones.com for providing me an opportunity to borrow the Solaris 2020 for this review. Please be sure to check out their store and their awesome 365-day return policy if you get a chance!

As with all Campfire Audio products I have tried, these are all source picky. So with that, I will put a disclaimer that I used the Solaris primarily with three sources: The Topping A90 desktop amp, the Sony NW-ZX507 and the iPhone 5S, which I use as a digital audio player for testing. The majority of this review was tested on the A90 amp, but with some portable use on the other two players.
The Solaris 2020 has a balanced sound signature with a warmer than neutral low end and and interesting upper-mid range and treble response that some may find hollow, sharp, bright, relaxed, or in my case, all of the above. Does that even make sense? I don't know, but I feel like the uneven treble response makes this IEM change from song to song, in a good and bad way. Let's discuss.

When I listen to London Grammar's album, "Truth is a Beautiful Thing", the 2020 Solaris seems to resemble an improved sound from what I remember hearing on the original Solaris. I unfortunately do not have both side-by-side to do a real comparison, but I don't remember the bass decay to sound as natural as it does on the 2020 and the natural resonance that fades out in the sweeping track, "Big Picture" really goes well with the Solaris. Hannah Reid's vocals aren't shouty and sound a little softer than what I hear on other IEMs without the dipped lower treble region that the Solaris and 2020 edition have. In this case, that's not a bad thing, as she still sounds central in the song but not overwhelming and not a hint of sharpness in her strained vocals.
On the opposite spectrum, when I listened to a few select jazz tracks from both Tingvall Trio and the upbeat latin-jazz band leader, Poncho Sanchez, I found both of these heavy percussion groups to sound just a bit off. The hollow sounding lower treble region makes drum hits sound dull and missing some energy and generally inaccurate to my ears.
Buena Vista Social Club's Cuban-Jazz compilation has many instances where I found the Solaris 2020 to come off a bit forward and piercing. For example, the "twangy" guitars in "Y Tu Que Has Hecho" produces a sound that is little abrasive to me that I don't necessarily find that way in other IEMs. I think this has to do with the uneven treble response and I'm also finding it a little bothersome on piano tracks where the upper octaves are in use.
Another example of some guitar screeching sounds I found a little abrasive are the acoustic-guitar laiden tracks from The Civil Wars. In "20 Years", it's just a little too forward at times. That said, their vocal harmony sounds very nice on the Solaris 2020, and I found imaging is very good as well.
One thing that this track among many others exemplify is the improved layering and imaging capabilities of the 2020 version of the Solaris. I found that there's a nice soundstage that is both wide and also deep, and instruments and voices are nicely assigned their own location in it without becoming very congested, even in busy tracks -- this was a problem on some heavier, bassier, songs with the original Solaris that I don't find a problem here. 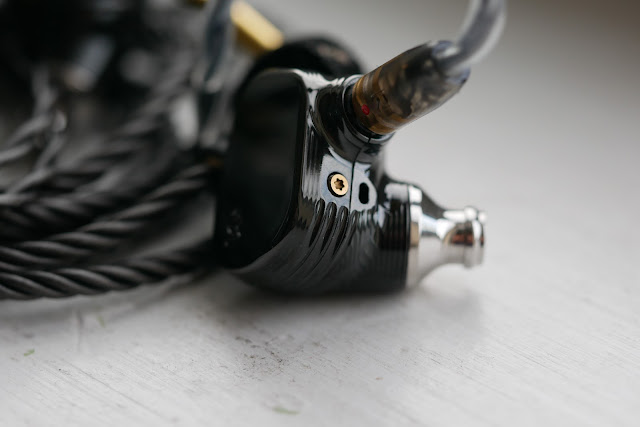 I covered some of the comparisons, the best I could, to the old Solaris in main body of the review but let's try to cover some other similarly priced or tuned IEMs:
Campfire Andromeda 2020
The other IEM that had a revision from Campfire this year is the Andromeda which I recently wrote a high praising review of. I find that the Andromeda doesn't have the bass quality and quantity that the Solaris does, but it is tuned much more in-line with my preferences and I believe it works better as an all-arounder. The new Solaris and Andromeda both feature similar capabilites in imaging and depth and soundstage, and I find that the Andromeda may have a slight upper hand in resolution, while also being a lot easier to wear. All-in-all, I like the Andromeda more than the Solaris but do keep in mind that the Solaris has a much more realistic bass response.
Unique Melody MEST
The MEST is a quad-brid IEM that I also have raved about. I also find this one to top the Solaris in almost every category including better texturing, layering, and more fun bass response. It also has improved resolution and a much more interesting soundstage and imaging capability. That's not to say the Solaris is bad in any of these, it's just that I believe the MEST is a more exciting IEM overall, while also sounding more correct.
Final Audio A8000 + Dunu Luna
The Final A8000 is probably my next review on deck, and I put both it and the Dunu Luna together. They are both similarly tuned IEMs that feature a full beryllium dynamic driver (not just coated). They both feature a more neutral reference sound but with a mid-bass bump and a large emphasis in the lower treble around 4-6KHz. Both of these sound very lean and lightweight compared to the Solaris, and also have much more shrilly highs. In this case, I prefer the Solaris 2020 over both of these sets for pretty much every genre of music.
64 Audio U12t
The U12t from 64 Audio is one of my reference standards for IEMs as it is one that does almost no wrong while not being the natural best at anything either. It just works well. In this case, it is tuned to sound much more natural and works with every genre equally as compared to the Solaris which I found a bit more picky. I think that the Solaris can do better in certain music types but the U12t just works better across the board. The Solaris has a lighter bass response, particular sub-bass, than the U12t, and has more sharper and exciting treble region. The U12t is a little smoothed out, but doesn't suffer from any sibilance or sharp edges that I found with the Solaris from time to time.
Thieaudio Monarch
The new kid on the block is the Thieaudio Monarch, which I just got in a review set. This one has only had a few hours of listen but it's a keeper. That's all I'll say for now. It's also half the price of the Solaris....

The Campfire Solaris 2020 edition came with a lot of excitement and anticipation in my view. I really enjoyed the original gold-colored set, but found the shell and design to not match my ear anatomy in any way feasible. When the announcement of a smaller version of it came out, I was thrilled.

Unfortunately, time has passed and I feel like the Solaris 2020 doesn't really belong with others in the similar price range, and I think the tonal tuning turned out for the worse, while it did improve on technical performance across the board. It's a tricky balance, but tonality still matters a lot for me, and so the additional dip in the treble and the peaks that can cause sharpness and fatigue in some music I enjoy make this less exciting for me in the end.
I still think it's a good IEM, no doubt, but I also feel there are others in the same price class, and some priced less, including it's sibling, the Andromeda 2020, that top this one as preferred pick for my listening tastes.